In what was one of the most exciting finishes of the season so far, SORBETA (no 7) edged out two other horses to notch his ninth win in the Combined Class 3 & 4 – 1500m handicap at Sungei Besi here today. 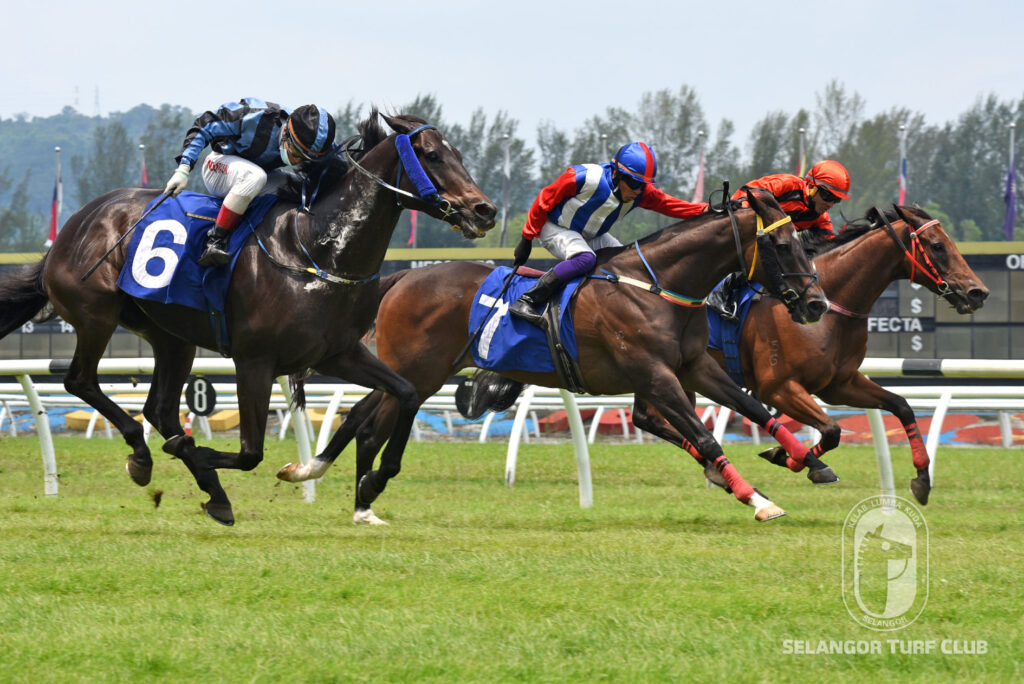 It also featured a battle between the two Brazilian brothers, Jose and Laercio De Souza, who have been making Malaysia their home in the past few years.

SORBETA, who has been in great form this season with two wins and two seconds in his last four runs, set the early pace before LUCKY TIGER took over at the half-way stage.

SORBETA, ridden by Laercio, regained the lead at the 400m with the leader coming under pressure.

Meanwhile, EMPEROR TAIZONG, partnered by Jose, was looking for a run between runners on the inside of SORBETA. SELANGOR STAR was still trying to get into stride behind runners but already switched to the outside by apprentice Rozi Nuqman.

EMPEROR TAIZONG collared SORBETA at the 200m and was a neck in front at one stage thereafter.

SORBETA was determined not to be beaten and fought back gamely. SELANGOR STAR finally got into his rhythm and was “flying” in the closing stages.

The three horses flashed past the post in a line and a photo was needed to determine the result. SORBETA won by a nose. EMPEROR TAIZONG and SELANGOR STAR could not be separated and shared second place.

“I didn’t think we won because SELANGOR STAR was coming so fast on the outside,” said Laercio. “He just won his last start in Class 4 but was in good form today.”

SORBETA won once in Singapore and has now picked up eight wins in Malaysia, five times with Laercio on board.

“He’s a horse with a big heart and was well handicapped today,” said trainer Richard Lines.

Jose was able to get one back at his brother three races later when he piloted TARGET to win the Metro A set-weight event over 1800m, with Laercio finishing second on SKYDANCE ECLIPSE. 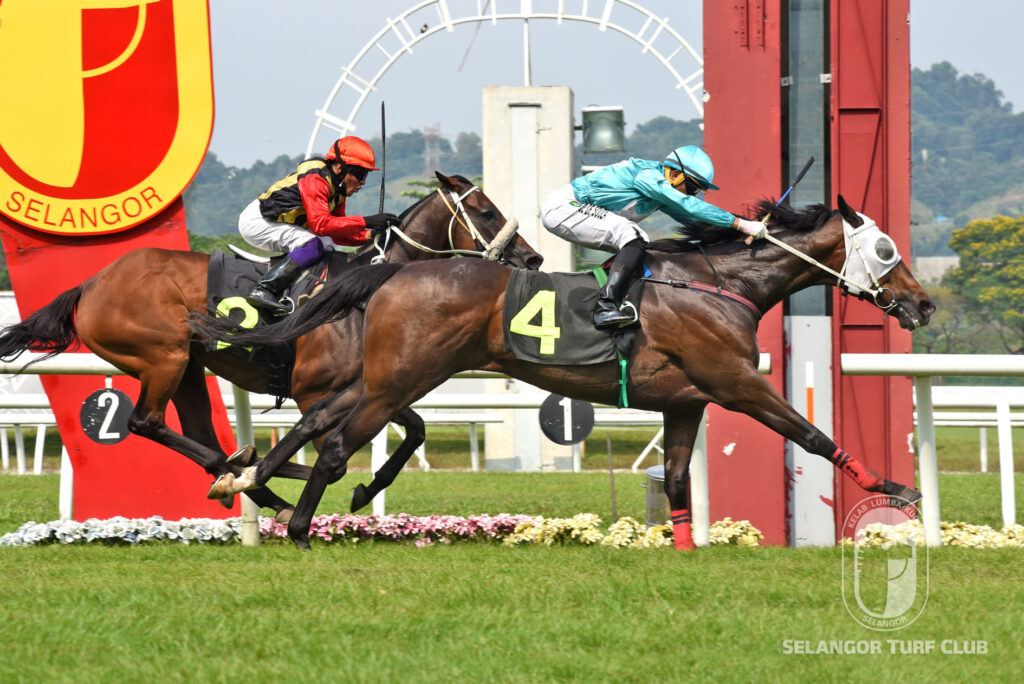 TARGET set the pace from the start but was joined by SKYDANCE ECLIPSE (Laercio) on the rails and READY TO ROCK at the 300m with the trio almost in a line. TARGET, however raised another effort in the closing stages to win by three-quarter of a length from SKY DANCE ECLIPSE.

“He switched off in front but got into another gear when the challengers came inside and outside,” said Jose.

TARGET has now won four races for Leck, with the American gelding also picking up one win in the UK and three in Singapore.