Kruger on the upgrade with hattrick

It had been a struggle (to find his right form), but KRUGER has struck a bright patch since his breakthrough win last October.

Jockey Rueven Ravindra, who partnered the son of Choisir to that maiden win, was back in the saddle when the gelding completed a hattrick for his sixth win in his last eight starts at Sungei Besi here today. 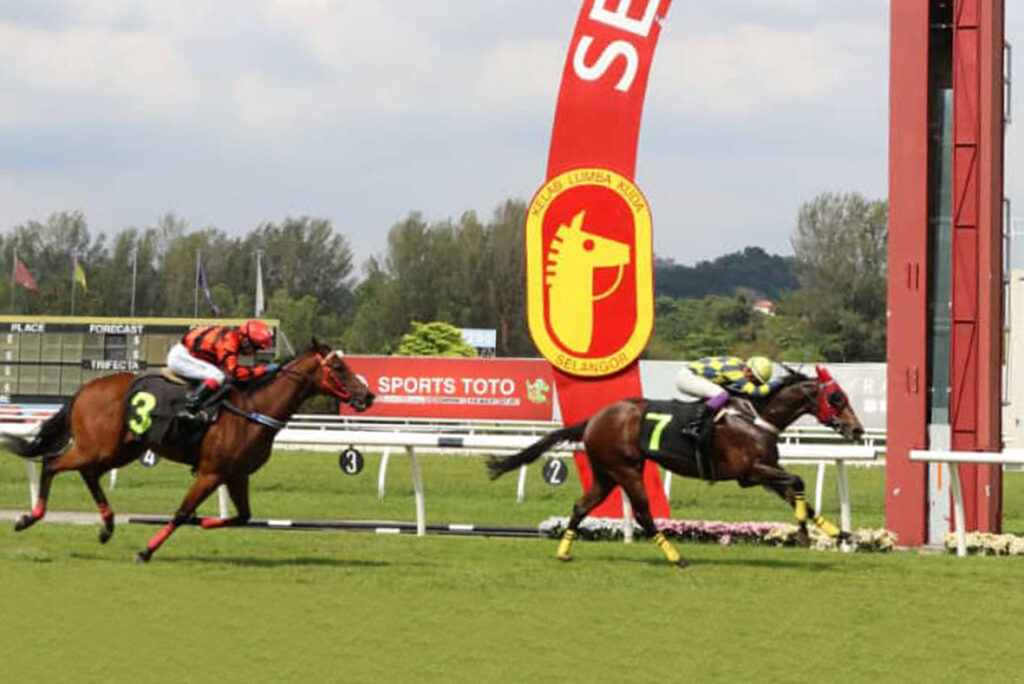 KRUGER, who cost A$120,000 as a yearling, started his career on a promising note when he finished third in his debut in Singapore.

But after five subsequent disappointing runs, the Australian gelding was was transferred to Shanmugam Subramaniam.

However, the struggle to find his form continued in his first six runs under the Ipoh trainer, with just one placing to show. Then, everything clicked following seven months on the sidelines last year, in part due to the Covid-19 break.

After winning his last two runs in Class 4, KRUGER defied a promotion when he came from just off the pace to win by 1 1/4 lengths in the Class 3 – 1400m handicap today.

“The horse keeps on improving and has the potential to go far,” said Shanmugam. “Basically we have been doing the same thing with him since his runaway win (by 5 3/4 lengths) last start.”

“The pace was quite fast today and we managed to settle nicely behind the pace,” said Rueven who has now ridden him twice for two wins.