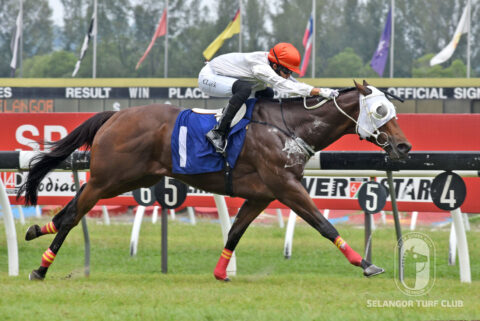 Unsuccessful in three seasons in his native New Zealand, HAYAGRIVA (formerly Rakuten) Race video shed his maiden status in his Malaysian debut at Sungei Besi here today.
The son of Savabeel was placed six times in 10 starts Down Under before arriving in Kuala Lumpur last March.
Punters were quick to spot his potential as he had cost NZ$440,000 as a 2YO at the Ready To Run sale and sent him out odds-on favourite (RM8) in the Open Maiden weight-for-age event over 1250m.
Ridden by apprentice Clyde Leck, HAYAGRIVA disputed the early lead with another newcomer CHEYENNE DANCER but streaked away after passing the 800m and went on to win with plenty in hand by 2 1/4 lengths. 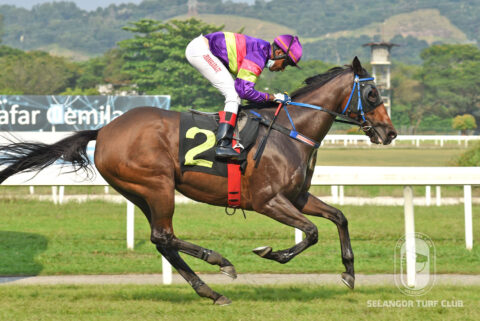 Two other odds-on favourites, SCOOBY DOOBY DOO (RM6) Race Video and UNSTOPABLE TRAIN (RM7) Race Video , also obliged in the final events.
The former, who failed to win in 14 starts in Singapore, has now picked three wins in nine since moving to Malaysia. 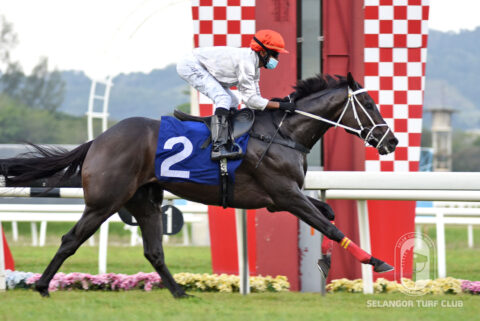