TARGET, who went down third to STREETS OF FIRE over 1400m in his last start, turned the tables on the latter when they met again today over 1600m in a mixed Classes 2 & 3 race at Sungei Besi. 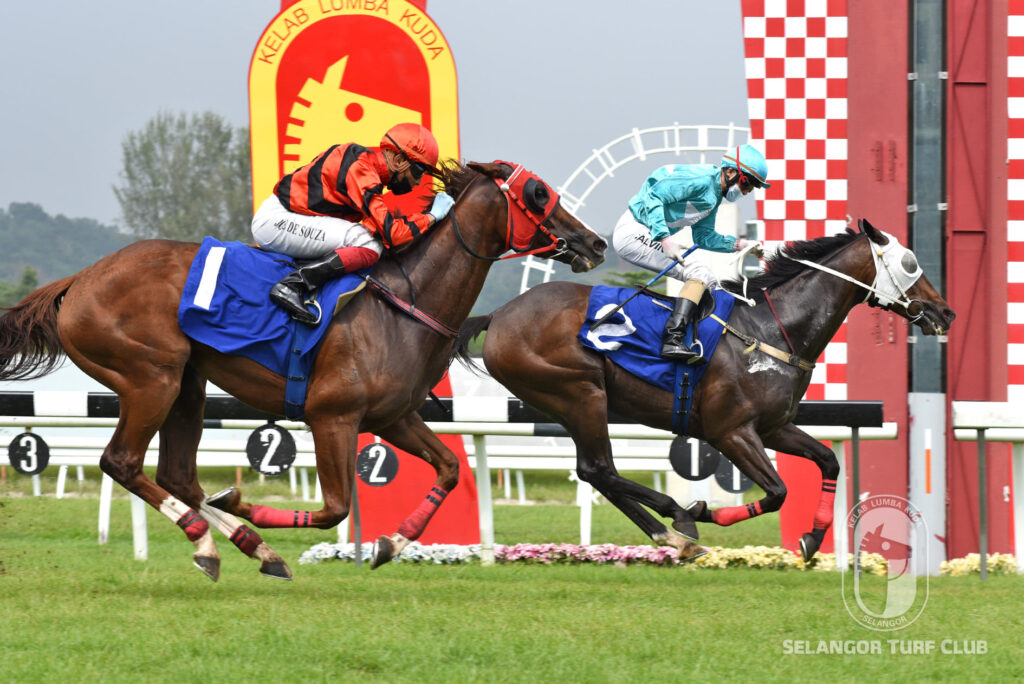 Since their last clash, STREETS OF FIRE has gone on to finish third twice in Metro A set-weight events over 1600m and based on that results, was installed the odds-on favourite (RM9) in seemingly weaker field today.

TARGET, who came from a long way back in the field last time, settled well up with the pace today. Both TARGET and STREETS OF FIRE went after the pacemaker CHONKY POTATO at the 200m.

STREETS OF FIRE hit the front momentarily soon after but the leader fought back gamely and TARGET was steadying for a run in between them.

TARGET responded best under jockey Calvin Goon in the closing stages to beat STREETS OF FIRE by half a length. The winner paid RM113 for his third win in Malaysia.

Trainer Charles Leck attributed his win to the change of jockey (from apprentice in his last run to a senior rider).

“The horse was his usual self and went in good today. The longer trip also also helped,” said Leck.

The American gelding, winner of one race in Ireland, also picked up three wins in Singapore.

The other mixed Classes 2 and 3 race today over 1100m saw a 1-2 finish for outsiders GOLDEN TYCOON and SYMBOL OF COURAGE.

GOLDEN TYCOON scored five wins in 2019 and 2020 but has been unplaced in six races since last September. 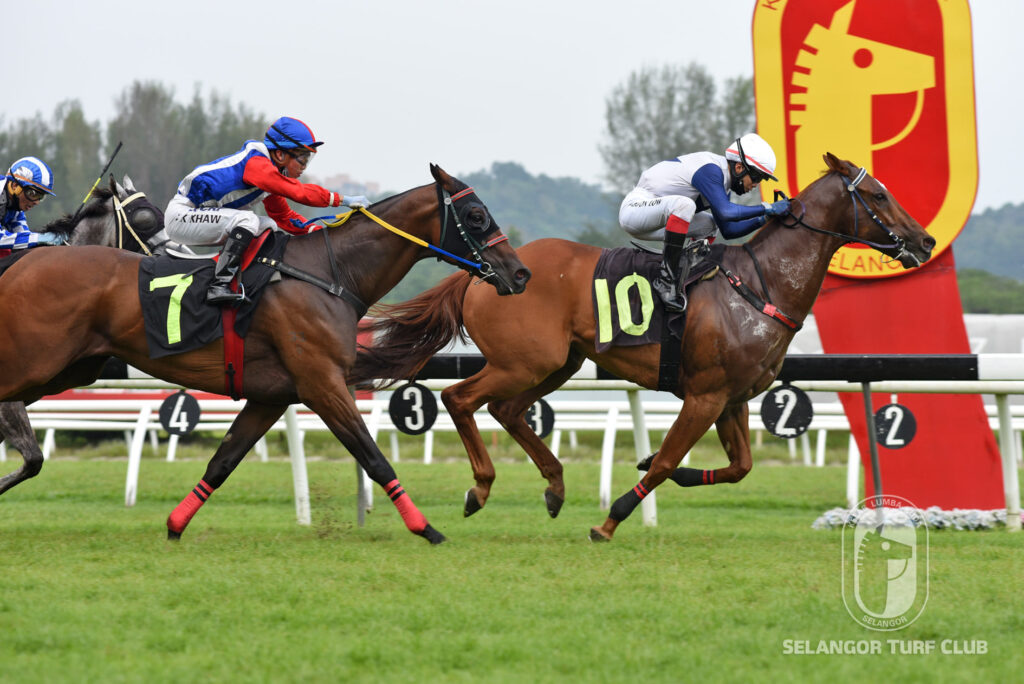 The son of Pins displayed his old dash when he made all the running and then held off the challenge of SYMBOL OF COURAGE win by three-quarter of a length. He paid RM183 for a win.

“The horse wasn’t expected to win in a strong field,” said winning jockey Jackson Low. “I was instructed to ride a forward race and he just kept going.”

Trainer Cheng Han Yong said: “He is a good horse but has not won in a while and is meeting a strong field this time. Low followed my instructions and did a good job on the horse.”

MOON FACE, who scored a runaway win two weeks ago, started as the RM6 favourite. But he was given every chance racing just behind the pace and had to settle for third placing.