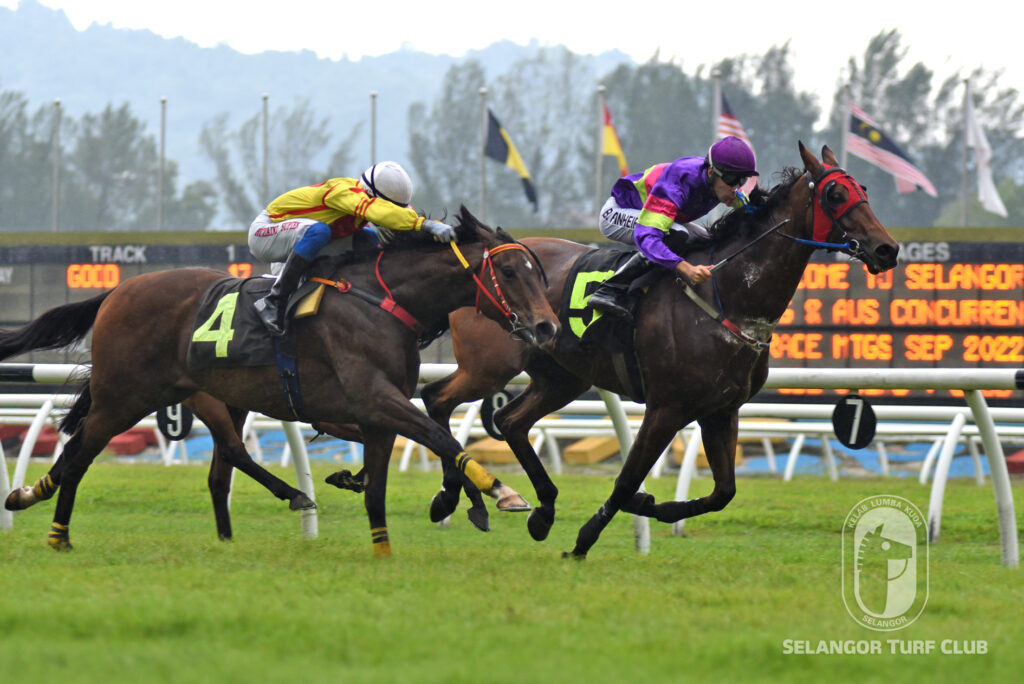 After three years out in the cold, EYE GUY is now mixing it up again with some of the best gallopers around despite his advancing years.

The eight-year-old, confidently handled by Bernardo Pinheiro, stole the thunder from seven-time winner and odds on favourite KONG FU PANDA to win the Supreme A event over 1400m at Sungei Besi here today.

VIOLET made the early running but EYE GUY headed him off approaching the 800m and never surrender the lead after that, heading off the challenge of KONG FU PANDA in the final 100m to win by half a length for his third win of the season.

Back in February, the Australian gelding landed back-to-back Metro A events over 1600m an 1800m but has two disappointing runs after that following a short let-up.

EYE GUY had a promising start to his career when he reeled off a hattrick at Kranji in 2018 and also won in Class 2 in early 2019. That same year, he finished second in the Moonbeam Vase and third in the Silver Bowl, besides contesting the Derby and Raffles Cup.

After a runs of dismal runs in late 2020, he was shipped to Kuala Lumpur to join trainer Teh Ming Wan.

Under Teh, it took EYE GUY almost a year before he found his form again last February.

“He is strong and healthy but has a character of his own,” said Teh. “He comes from a good family and just loves to run. Hopefully he will get to run in the Cup in the future.”

“The trainer advised me that he is a very keen and fresh. We had a good jump and I tried to keep him wide for him to relax. Once in the straight, he changed his legs and fought to the end,” said Pinheiro who rode four winners for the afternoon.