He has been Selangor Turf Club’s representative on the Board of Lembaga Totalisator Malaysia, a regulatory entity under the Ministry of Finance, since 2018.

Prior to joining the finance industry, Clement worked for IGB Corporation where his last position was Corporate Affairs Manager. He holds a MSc in Management Science from Imperial College in London and a Bachelor of Economics (Upper Second Honours) from La Trobe University in Melbourne. 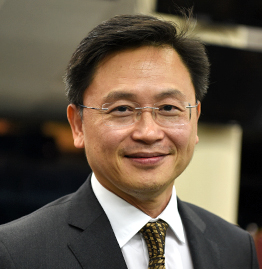 He was awarded the Pingat Mahkota Perlis (PMP) by KDYTM Raja of Perlis, Tuanku Syed Sirajuddin in 2009.

“I am very honoured to be appointed to the role by Selangor Turf Club. It is a call of duty and I hope to contribute to SLTC’s vision of becoming a leading horse-racing venue. With the support of the Committee, we are committed to ensuring that the Club thrives and is able to meet the challenges in the years ahead,” said Clement Chew, Deputy Chairman of the Selangor Turf Club.

He further added “I would also like to express my gratitude to the Chairman and Committee of the Selangor Turf Club for their trust and confidence in appointing me to this position,” he concluded.