Vulcan fires to fourth win of 2022 in Malaysia After two wins in Class 4 earlier, the seven-year-old created a big upset when he bagged combined Classes 2 & 3 race over 1200m at Sungei Besi three weeks ago.

VULCAN proved that the win was no fluke when he stepped up to win the Class 3 – 1275m sprint on the No. 2 track at the same track today.

Installed favourite this time, he quickly took command after the jump and led his rivals on a merry chase to win by 1 1/4 lengths.

“I’m very happy with VULCAN’s win,” said jockey Clyde Leck. “The only worry I had was him having a slow jump but he flew out of the gates and went straight to the front which was the plan.”

“I just reserved his energy as well as I could and in the straight, he responded with plenty. I believe he will continue to improve as he has shown plenty of class in his last two starts.” 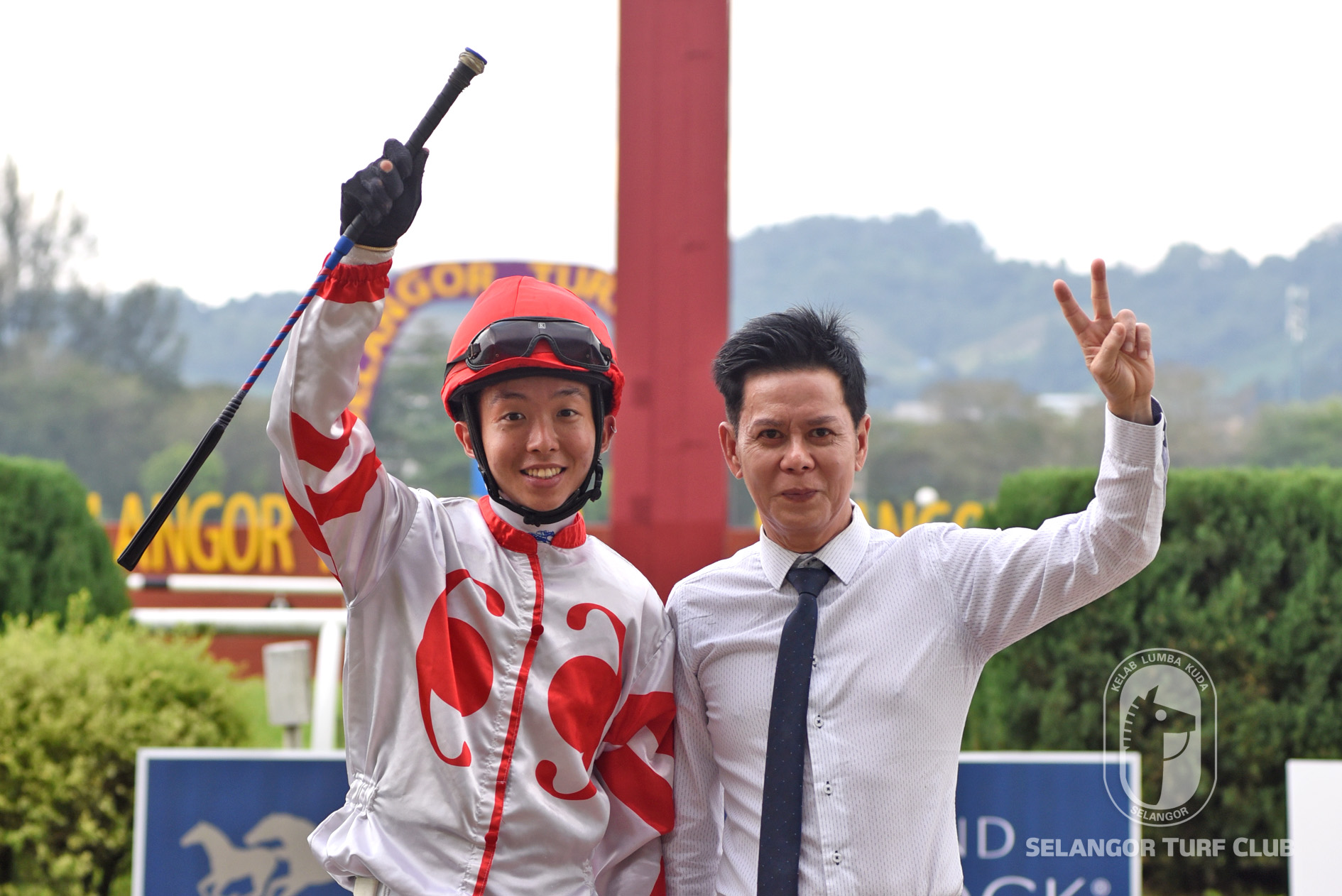 “Gutsy Win. Got to the front and never looked like he will be beaten,” said trainer Charles Leck who is also father and master of Clyde.

“Good win for Clyde to wrap up a splendid season in style. I am very proud of him in winning both the senior and apprentice titles in such a fashion. From a 4kg claiming apprentice at the start of the season down to just 1-kg claim after riding 72 winners during the year.

“Not many jockeys have achieved six winners in a day but Clyde has done it three times this year, apart from riding five winners twice. A splendid record coupled with the fact that he has not been suspended for careless riding in his two years of riding. Something to remember for a long time.”

It’s a double for Clyde in the final racing day of the 2022 racing season as one race earlier, he also scored on SMART RACER for his father.

Leck senior finished the season in second spot with 73 winners.

Trainer Cheng Han Yong drew a blank today but he has already wrapped up his first championship with 87 winners.