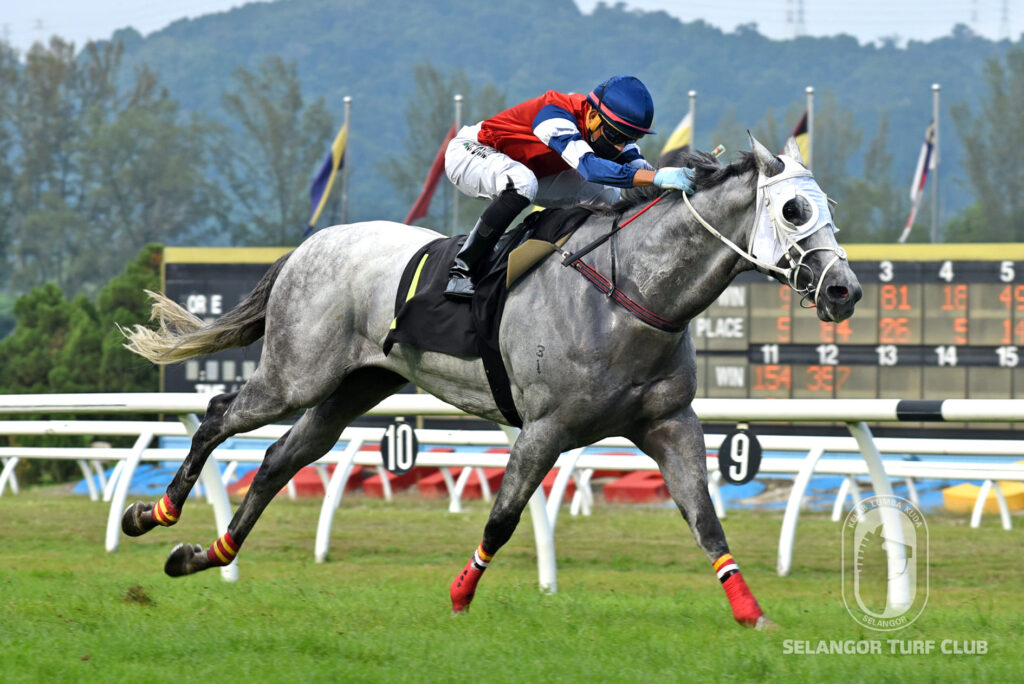 Ten-year-old VOLCANIC GENERAL showed that he is not slowing down despite his age when he made it back-to-back wins in the Supreme A set-weight event over 1200m at Sungei Besi here today. Race Video
The Magnus gelding came out from a 26-month spell to win a similar race over 1100m three weeks ago and he kept up the momentum with another commanding display today, winning by 1 3/4 lengths.
Winner of five races in 19 starts in Australia, VOLCANIC GENERAL took Malaysian racing by storm in early 2017 when he won the Tunku Gold Cup in his debut.
VOLCANIC GENERAL went on to win five more big races over the next three seasons, his last being the Perak Gold Vase in June 2019.
He has now chalked up eight wins in 16 starts in the country. 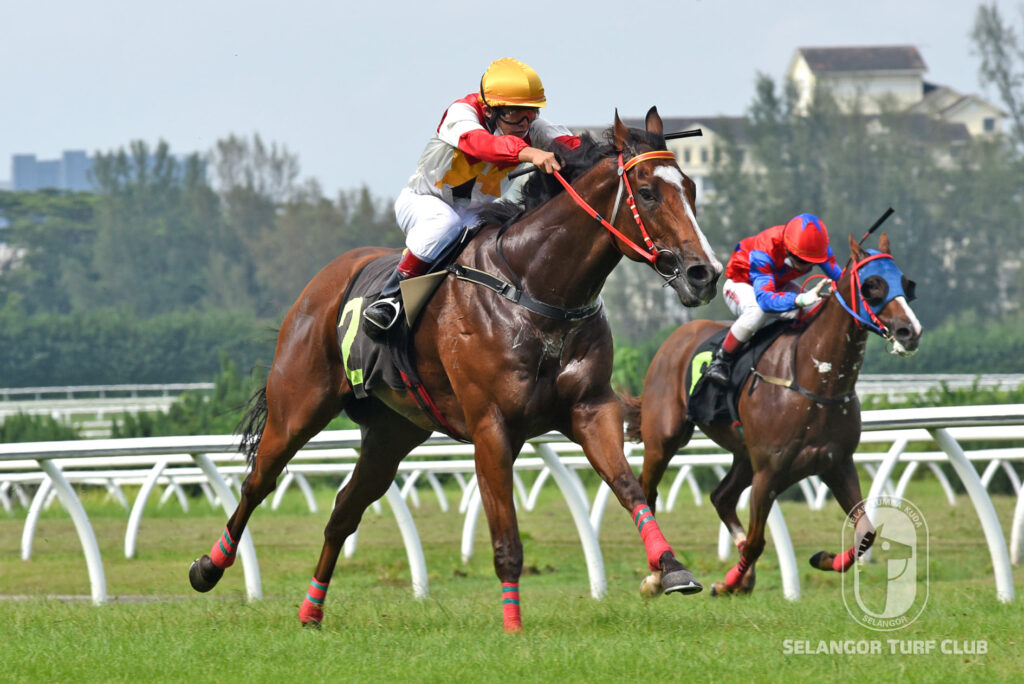 Jockey Lim Kar Ping, who returned to race riding today after a lapse of several seasons, was off the mark in his second ride of the afternoon on IT’S GOT IT ALL (no.2 ). Race Video
The seven-year-old was having his second run in the country after making his debut two weeks ago.
Winner of four races in Australia, IT’S GOT IT ALL managed just one win in 16 runs at Kranji before making his way to Kuala Lumpur to join trainer Tiang Kim Choi.