VIOLET, who went down to WAR DRAGON over 1300m on this track last month, turned the tables on the latter to capture the Supreme A set-weight event over 1100m at Sungei Besi here today. Race Video 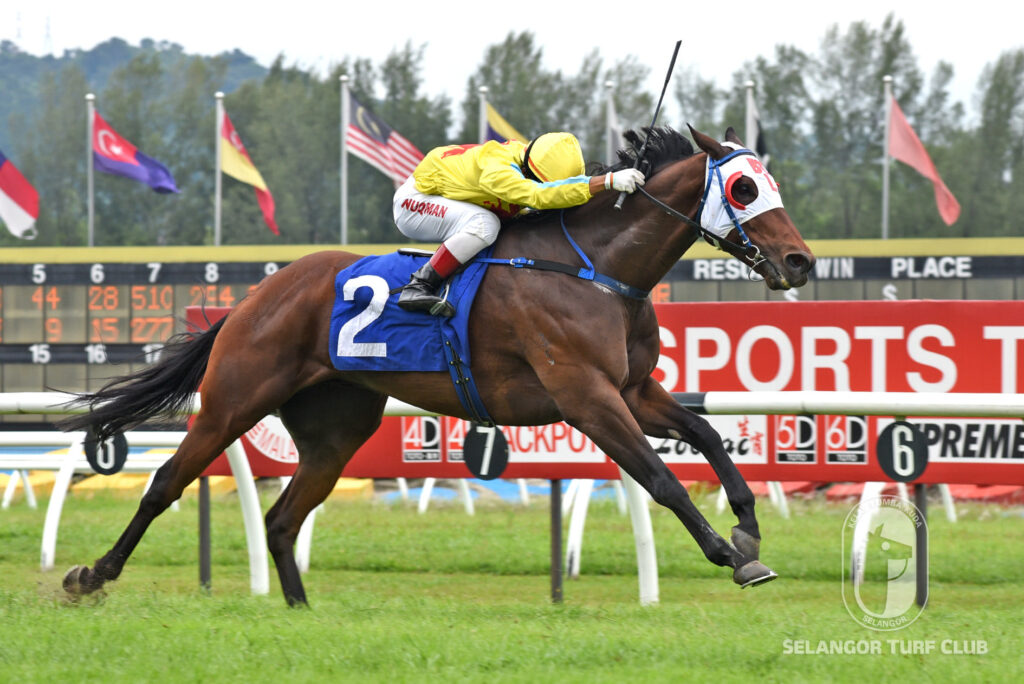 The Mint Lane gelding had to battle to hit the front at the 200m in his last start and as soon as he did, WAR DRAGON pounced on him.

This time, the six-year-old settled well just behind the two front-runners GINGERELLA and EYE GUY. GINGERELLA made a breakaway at the top of the straight but VIOLET charged at him at the 200m and eventually kicked away in the run home to win by 3 1/4 lengths.

WAR DRAGON, who settled in last place early, finished strongly to take second placing with the favourite VOLCANIC GENERAL a tame third after racing wide throughout.

Trainer Johnny Lim said VIOLET had been doing well since his last run five weeks ago. “He is an honest horse. The short break in racing and the removal of tongue-tie improves the horse.”

Apprentice Rozi Nuqman, who has been his regular rider this year, said the horse was able to settle much better today which allowed it to finish the race well to win.

VIOLET has now won 10 races and placed in seven in 24 starts.