Dispatched to Malaysia after two disappointing runs at Kranji and a period on the sidelines, SYMBOL OF COURAGE has been a model of consistency since his move north of the border.
The son of Warhorse began his Malaysian campaign with three consecutive placings before breaking through in an Open Maiden event in October last year after which there was no looking back for the now five-year-old.
Two more placings followed, then it was back-to-back wins for the Australian gelding. 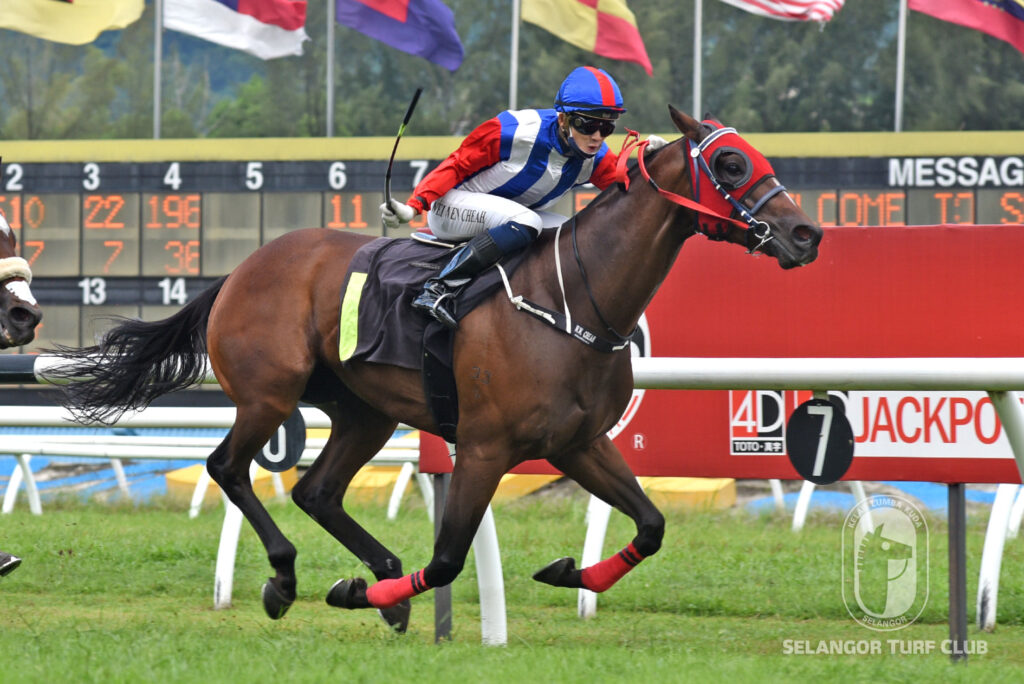 SYMBOL OF COURAGE fell into a temporary loss of form just before the enforced break in racing due to Covid-19 restrictions earlier this year when unplaced in two starts.
The break in racing, however, appears to have done SYMBOL OF COURAGE world of good as he is now unbeaten in three starts since the resumption of racing in late September.
Ridden by Cheah Wei Wen, SYMBOL OF COURAGE overcame his wide barrier to be amongst the leaders early, then made a breakaway from the 800m in the Class 3 – 1100m handicap at Sungei Besi here today. Race Video
The favourite BURKAAN and TERMS OF REFERENCE came with a late charge but the leader had just had enough to win by a head in a three-way photo.
“My instructions were to jump well from the wide barrier (9) and let the horse roll forward. I managed to get to the rails and thought he’s got a good chance when we were travelling well in front,” said Cheah.
“He is an improving horse. He did a good job to win today from a wide barrier which was aided by good ride from my apprentice,” said trainer Richard Lines.