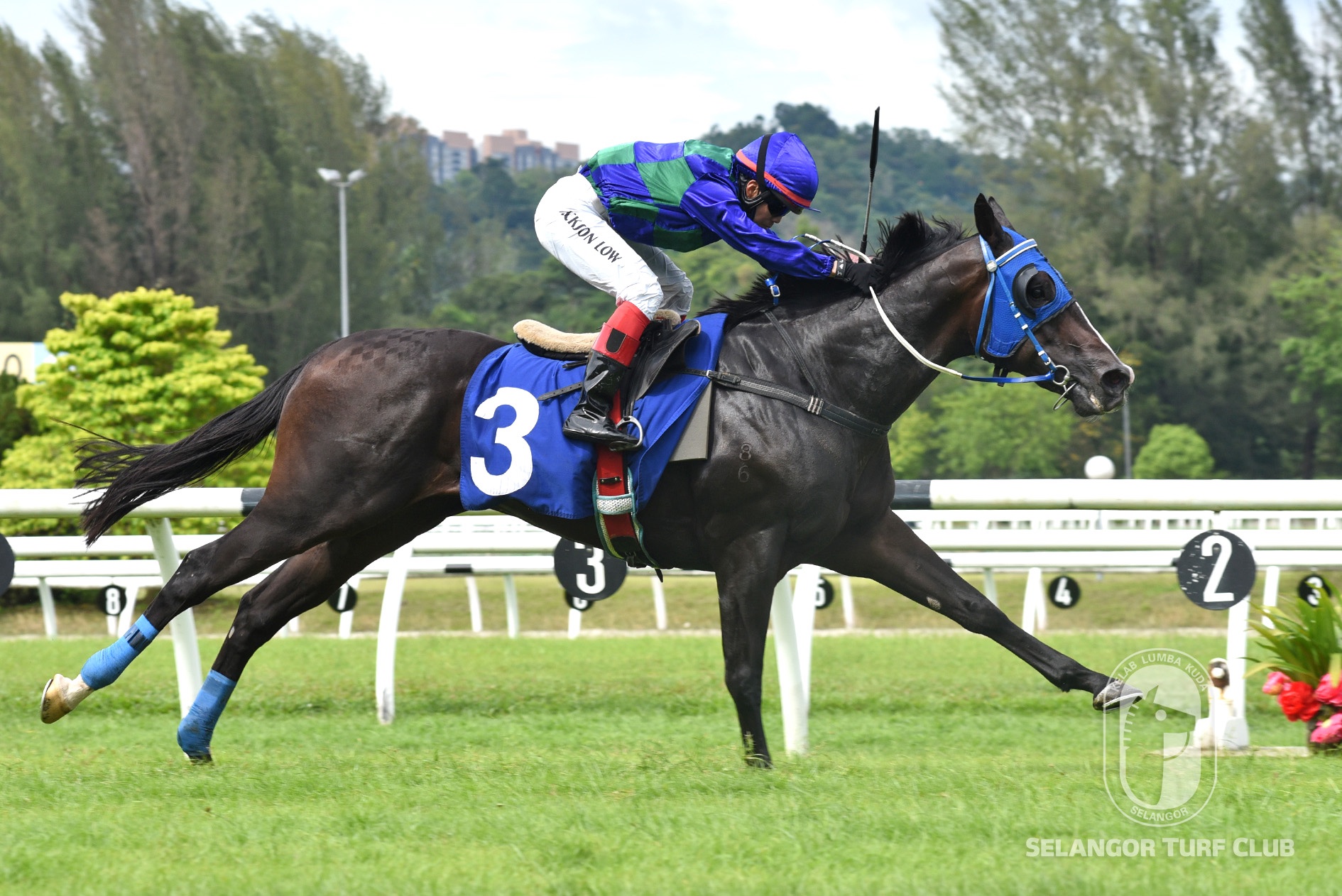 SKYFALL continued his remarkable resurgence to score an easy win in a Class 4 – 1200m handicap at Sungei Besi here today, giving trainer AB Abdullah a hattrick for the afternoon.

It was the third win of the season for the son of Sacred Falls who was also placed in his three other starts after being out of action for some 15 months, missing the while 2021 season.

Then known as ALFARES, the New Zealand gelding had one unplaced run in Malaysia in 2019 before he was shipped to Singapore where he was placed in both his two runs in 2020.

He was sent back to Malaysia in the middle of last year, sold and was renamed. Abdullah has done a remarkable job to get him back into shape and performing consistently.

ZA’EEM, placed five times in eight starts in New Zealand, scored twice at Kranji before coming to Malaysia where he has also picked two previous wins.

ZA’EEM and joint favourite CH FORTUNE fought stride-for-stride in the final 200m before the former won by a nose in the Class 4 – 1600m handicap.

GOLDEN PEAK (no. 2) has won two of five previous starts but has not raced since New Year’s Day. The son of Super Easy took a clear lead half way down the home stretch but just held on to win by a short head from DIAMOND SET who was “flying” in the closing stages.

“I had expected all my three winners to do well today. Two (ZA’EEM and GOLDEN PEAK) are last-start winners and SKYFALL has been consistent throughout the season,” said Abdullah.