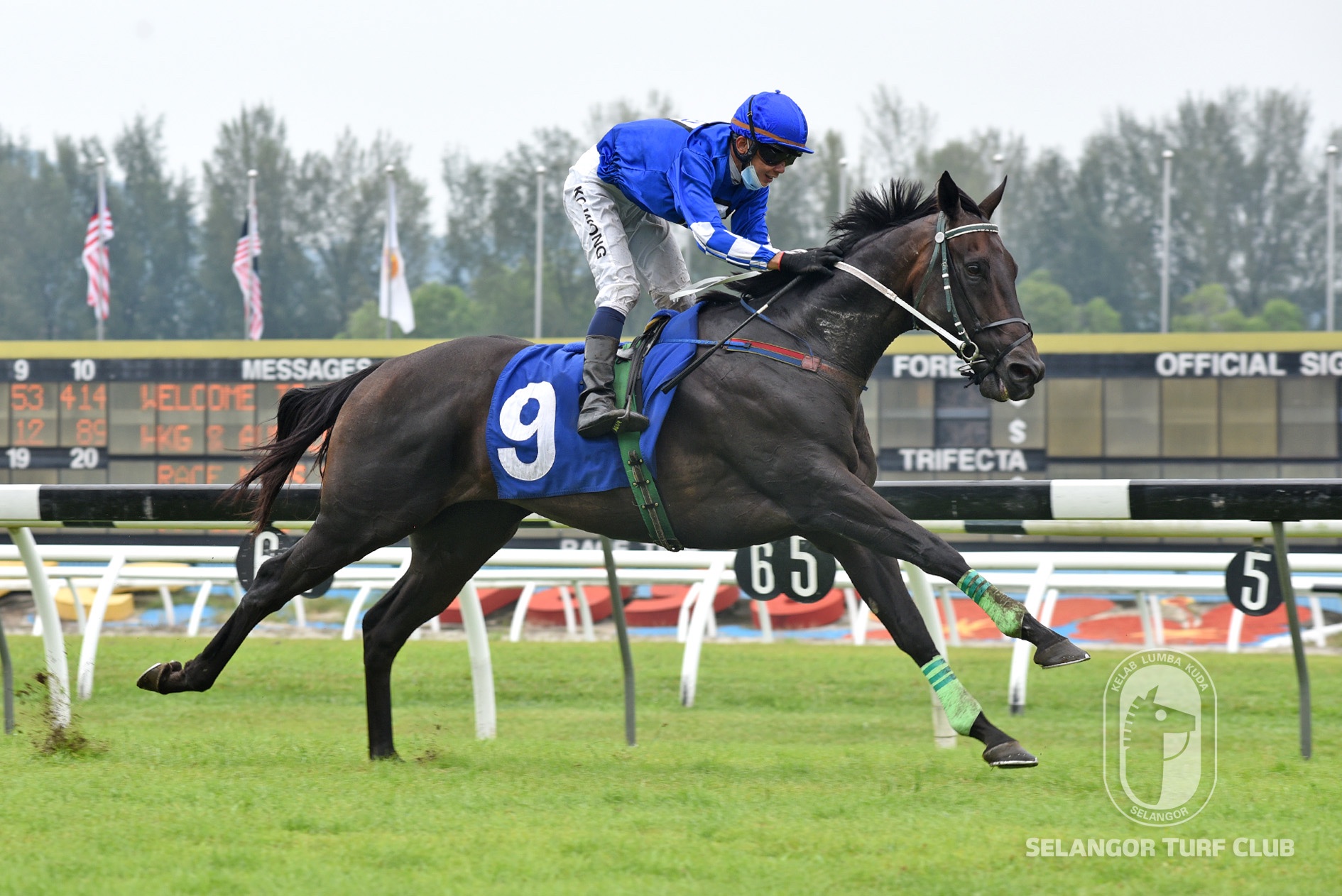 With the aid of a change of gear, ROBBERY SON staged a dramatic from-last-to-first victory to upset the favourite SHANGHAI NIGHTS in the Metro A set-weight event over 1400m at Sungei Besi here today.

A little slow into stride, the son of Lonhro was last early but gained ground making the turn into the home straight when his jockey Wong Kam Chong elected to take the rails while the rest of the field moved out for better ground. “I wanted to save ground,” Wong said later.

SHANGHAI NIGHTS tackled the pacemaker GINGERELLA at the 300m and the pair were going head-to-head at the 100m when ROBBERY SON, having gained momentum quite suddenly, charged home on their outside.

ROBBERY SON left his rivals standing and drew away to win by 2 3/4 lengths and paid RM53.

It was the second outing for the eight-year-old under his new trainer Siva Kumar a/l D.Subramaniam, a complete reversal of form when he finished last a month ago.

“I did not know much about the horse then and the rider also did not ride to my instructions,” said Siva. “Today, I used a crossed nose-band on the horse and it helped.”

Wong, who was riding the horse for the first time, said: “After jumping, the horse showed no pace at all. But in the straight, he changed strides and flashed home like a top class horse.”

ROBBERY SON was sold for US$220,000 as a yearling and raced in Canada at three and four, winning five races at Woodbine.

Brought over to Singapore, ROBBERY SON managed three placings in 10 runs without winning at Kranji before moving to Malaysia. He had two wins in six runs for trainer Johnny Lim joining Siva earlier this year.