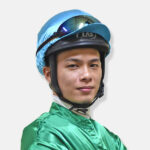 After considering the evidence and also reviewing the performance of ROCKET PEGASUS, the Stewards found Jockey AK Lim guilty of a charge under MRA Rule 44(10) for failing to ride to the satisfaction of the Stewards. The particulars of the charge being that in the opinion of the Stewards, his riding of ROCKET PEGASUS over the final 250M, was inconsistent with his previous riding style and his left arm action, did not assist the gelding.

The Stewards took into consideration Jockey AK Lim’s riding record, mitigating factors and his submissions on penalty. He was suspended from riding in races for a period of two (2) months, to be deferred, with effect from 10 January 2022 and to expire on 9 March 2022, both dates inclusive. He was advised of his Right of Appeal.