South African jockey Francois Herholdt made a winning start to his stint in Malaysia, piloting BINELZAAM to victory in the Open Maiden event over 1600n at Sungei Besi here today. 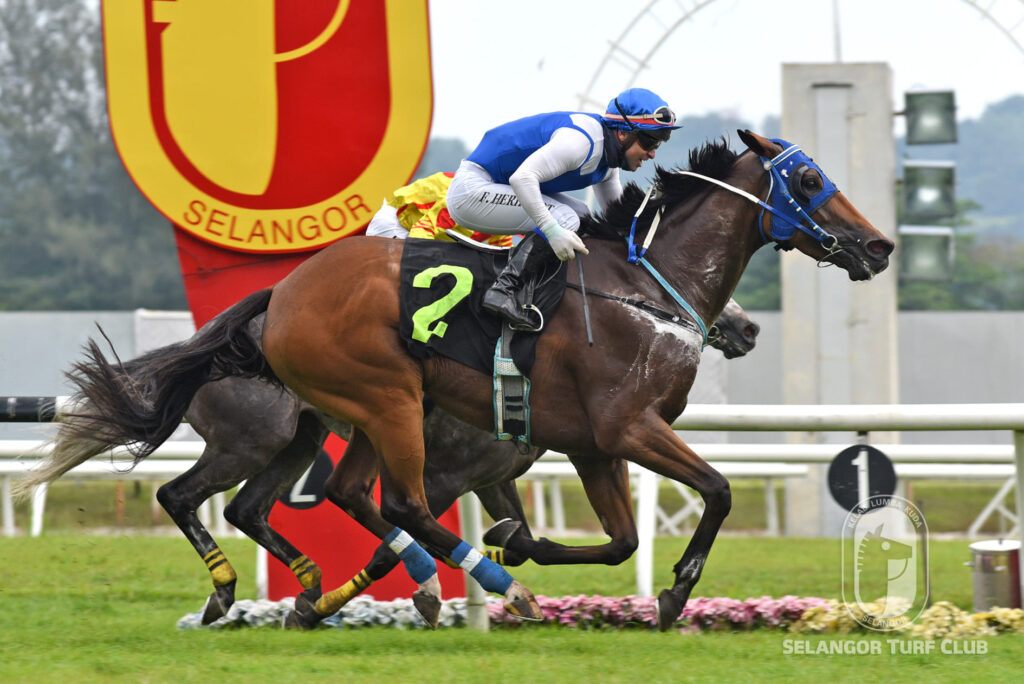 Unplaced in his first four starts since making his racing debut a year ago, the Irish gelding has been coming to form with two placings in his last three starts.

Today, the five-year-old was able to sit second behind the pacemaker LIM’S OCEANIC with Herholdt having a tight hold on him. BINELZAAM hit the front at the 400m when the leader came under pressure.

LITTLE PONY then sneaked up on the rails to challenge the new leader but BINELZAAM battled hard under Herholdt to hold on his advantage to win by a neck.

“It’s always nice to break the ice early in a new country but Malaysia is not the first place where I won my first ride,” said Herholdt. “I have done it in Zimbabwe, Dubai, Qatar and Saudi Arabia.”

“I have to thank trainer AB Abdullah and Al-Arabiya Stable for the opportunity to come here.

“I thought two other rides of mine could have done far better. JABBAR was caught deep and ESTIJAAB failed to run on after being in a perfect position.”

Herholdt, who has more than 1,000 winners to his name, is no stranger to local racing fans as he rode for six months in Singapore in 2003, booting home four winners from 105 rides.

He began his apprenticeship in Durban and later moved to Johannesburg to join trainer Patrick Shaw who later trained in Singapore for many years.

Herholdt has also ridden in Zimbabwe, Kenya, Mauritius, Saudi Arabian, UAE, Macau, South Korea, Qatar and France. He was the champion jockey in Mauritius in 2001.