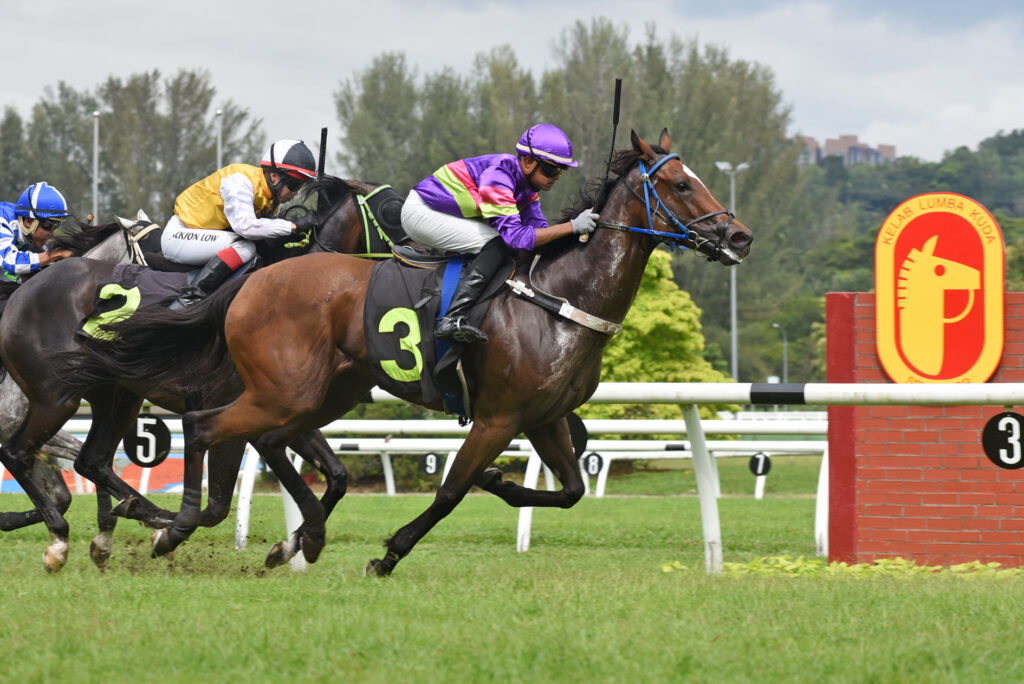 Top Racemare GINGEREALLA began the new season with a first-up win over the brilliant AWESOME STORM in the Peace & Happiness Stakes (Supreme A – 1100m) at Sungei Besi here today.

GINGERELLA finished a tame seventh to AWESOME STORM in the Group 1 Tunku Gold Cup last April and when they last met last month, she was third to VIOLET, with AWESOME STORM just ahead of her in the Betmakers Cup (Metro A – 1250m) also on this track. 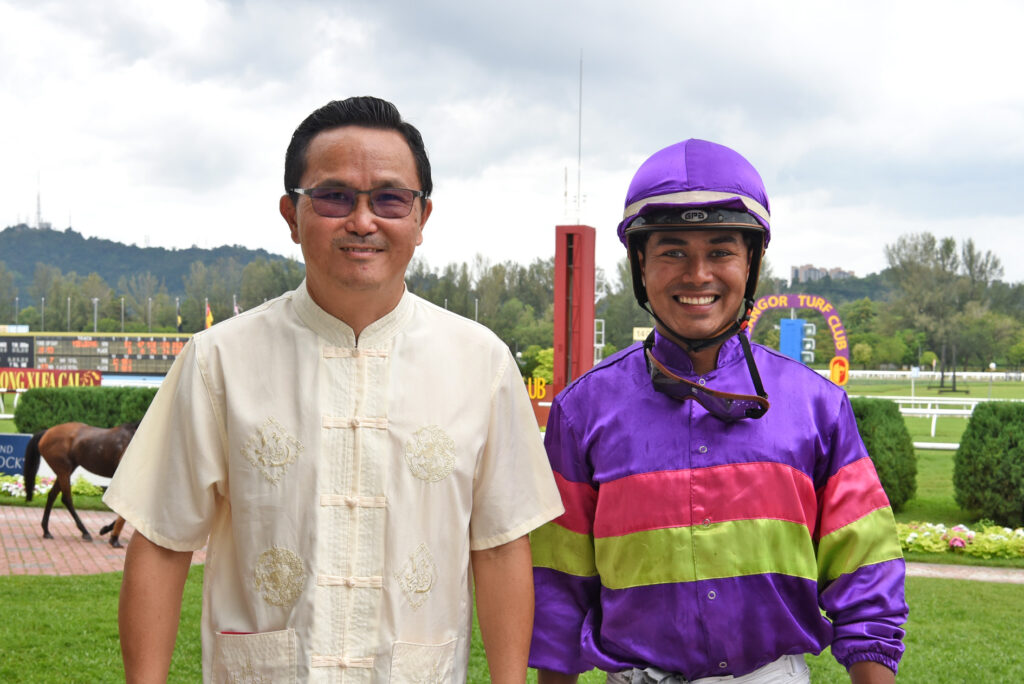 With MOON FACE setting a fast pace today, GINGERELLA and AWESOME STORM both settled just behind the pace, with AWESOME STORM racing wide and GINGERELLA sitting quietly on his inside, third and fourth respectively.

MOON FACE kept up a relentless gallop but soon after passing the 200m, AWESOME STORM made his charge and loomed large on his outside. GINGEREALLA also started to make up ground on the outside and they were almost in a line.

GINGERELLA, ridden by Rueven Ravindra, did best in the final 80m to win by 3/4 length from AWESOME STORM while MOON FACE held on for third. It was eighth win in 25 starts for the daughter of Gingerbread Man in Singapore and Malaysia.

“It’s my first time riding the mare and I have to ride a tactical race on her, not using her up too early,” said Rueven. “When I ranged alongside the other two in the final 200m I knew I had the upper hand because she was finishing very well.”

“She’s a versatile mare who ran to her form,” said trainer Teh Ming Wan. “After her last-start third, I gave her a brief break and she came home so well this run. The jockey also rode a well-judged race.”

Rueven top-scored for the meeting with three winners, the others being RESURGENCE and RULE THE WORLD.