Gamestonks next big star in the making 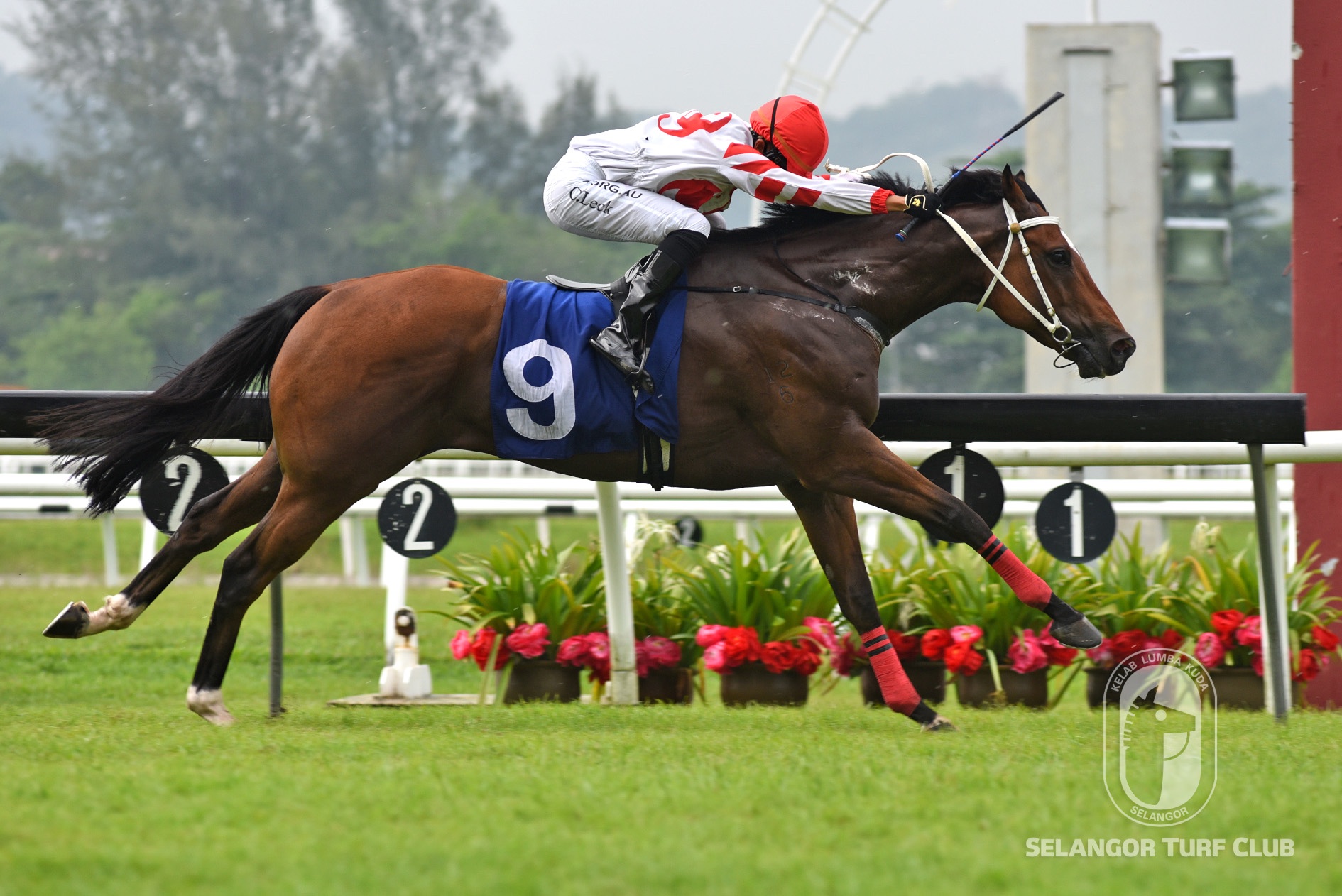 GAMESTONKS could develop into the next big star on the local circuit after another sterling display in the Class 3 – 1250m handicap at Sungei Besi here today.

The assessment came from apprentice Clyde Leck who has now ridden the New Zealand to two wins from two starts in the country.

GAMESTONKS was drifting about when he led all the way to win a Max Two Stakes over 1250m on this track last month.

Four weeks on, the son of Showcasing overcame the widest draw (11) to settle second behind TRINITY GRACE who took up the running after a good jump.

GAMESTONKS raced past a tiring TRINITY GRACE at the 300m and kicked away to win as he liked by 2 3/4 lengths. And there was no hint of any waywardness from the gelding.

Trainer Charles Leck said Clyde rode him well from the wide gate. “A very sensible horse. Did what we expected him to do. Great future if he carries on improving from here,” he said.

But his son Clyde was more enthusiastic on the five-year-old’s prospect.

“Today was a test for GAMESTONKS and he has showed that he has plenty of class to improve further and further. He was up a grade and he showed that he could keep up easily in this field.

“I believe this horse would be one of the better horses in Malaysia and I’m looking forward to see how far he can go,” he said.

GAMESTONKS won one of two runs at two in New Zealand. He was placed twice in seven starts at three and once in four outings at four before coming over to Malaysia.