was robbed of some glamour with the withdrawal of the unbeaten AWESOME STORM.

But TIPPING POINT and FLYING DURUMI stepped up and made the set-weight event for three and four-year-olds a race to remember. 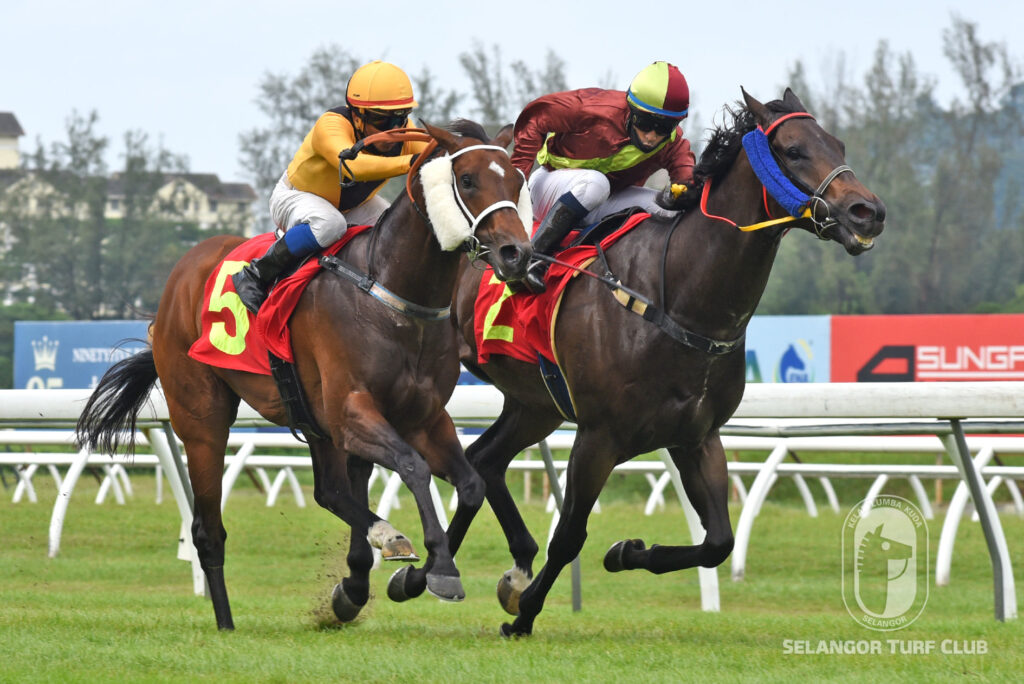 TIPPING POINT (No 2), who was aiming for his fourth consecutive win after finishing second in his debut, started odds-on and set the pace from the start.

FLYING DURUMI, who scored a runaway win his debut and finished second in his next start, ranged alongside him at the 400m. From there the pair fought stride-for-stride to the finish.

FLYING DURUMI was momentarily in front at one stage but TIPPING POINT fought back under jockey Mohamad Firdaus Mansor to win by a short head.

“I was fortunate to be given the ride,” said Firdaus who was riding TIPPING POINT for the first time. “The horse began well, was headed halfway down the straight but showed heart to fight back and win.”

Winning trainer Lawson Moy said: “It was a nice win in his age group. Hopefully he can carry his good form through the grades. Well ridden by Firdaus.”