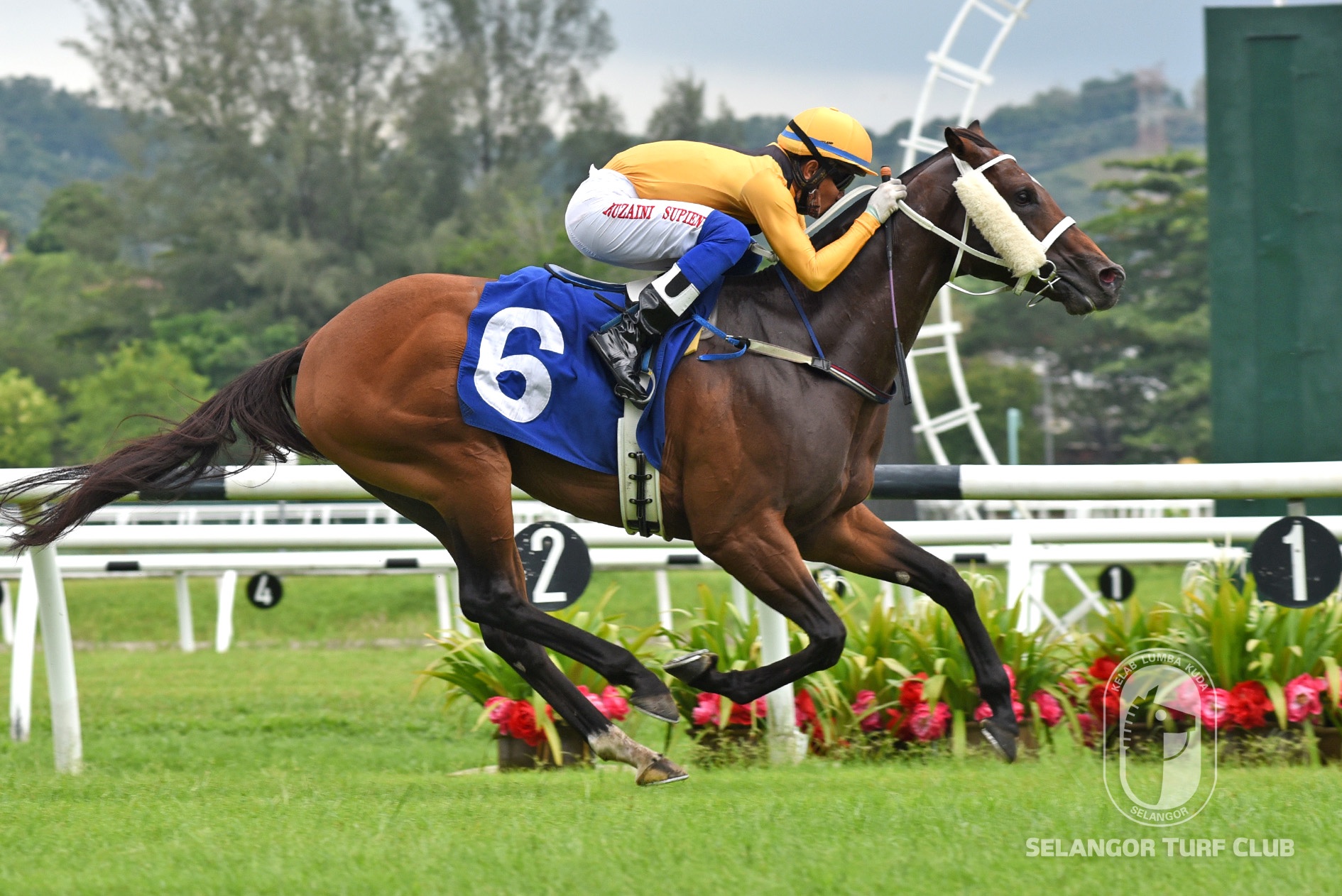 FLYING DURUMI has been a model of consistency since he finally began his racing career early this year.

The American entire has now chalked up three wins and three seconds in as many starts after his easy win in a Class 4 – 1400m handicap at Sungei Besi here today.

But there was a time when the career of FLYING DURUMI was under a cloud. He landed in Singapore as a two-year-old in January 2020 and was named KOBE. (His original name was POINT OF LIGHT.)

He came under three different trainers in the next 22 months but never got to race, although he had several trials after he turned three last year. He did not impress in any of the trials.

FLYING DURUMI was then sold and his new owners decided to send him to Richard Lines in October last year. With three months and after a change of name, he had his first race in a Open Maiden event which he won with ease.

After finishing second in his next three starts, FLYING DURIMI went on to win his next runs. He won his last start in Novice company by 4 3/4 lengths.

Ridden by Ruzaini Supien for the first time today, FLYING DURUMI came from just off the pace to beat the pacemaker GRAND CHOICE by 1 3/4 lengths.

“He is an extremely well-bred horse and keeps taking the next step,” said Lines. “He is not a big horse and he is improving as he matures. He’s got a bright future.”