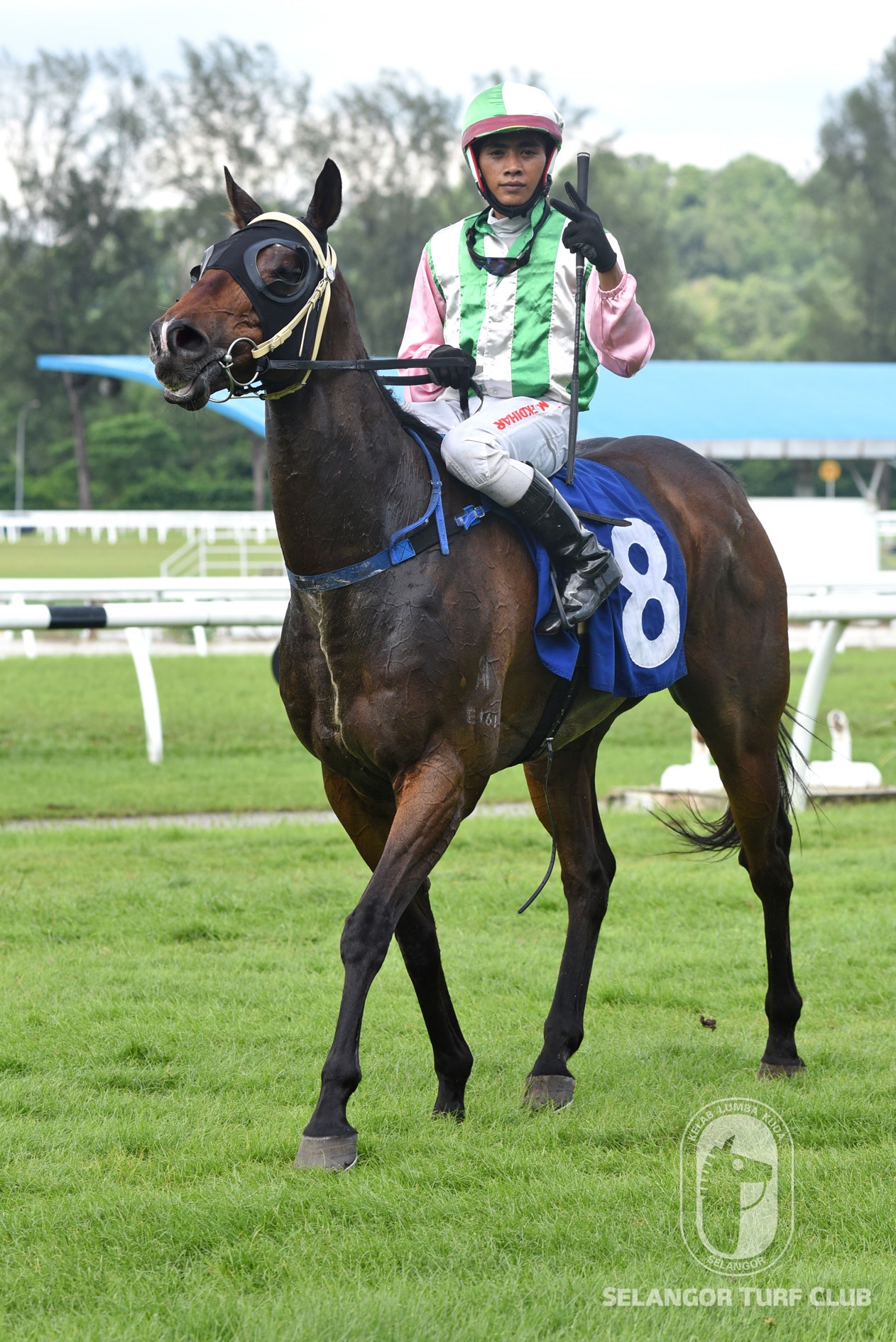 BLACK THORN , beaten a nose by ARC TRIUMPH over 1400m at Sungei Besi two starts ago, turned the tables on the latter with the duo engaged in yet another intense battle.

When they last met in mid-March, BLACK THORN had taken a clear lead 200m out but ARC TRIUMPH flashed home to pip him at the line.

This time, the pair settled just behind the pacemaker CHEVAL EDITION and when the leader came under pressure at the 400m, there was a line of four horse going for the lead.

BLACK THORN was slightly ahead of ARC TRIUMPH coming to the 200m and fought hard to stave off ARC TRIUMPH to win by a short head.

BLACK THORN then had to survive an objection to register his eighth win in 50 starts.

It’s the fourth winner for budding apprentice Mohamed Ekdihar who only opened accounts last month with a double on this track.

Trainer Lim Shung You was extremely happy with the results and all praise for the way his apprentice handled the horse.

“BLACK THORN was hanging in and out badly but Ekdihar kept his cool and managed to straighten his mount repeatedly, riding hands and heels to the line,” said Lim.