Awesome Storm back on the winning trail 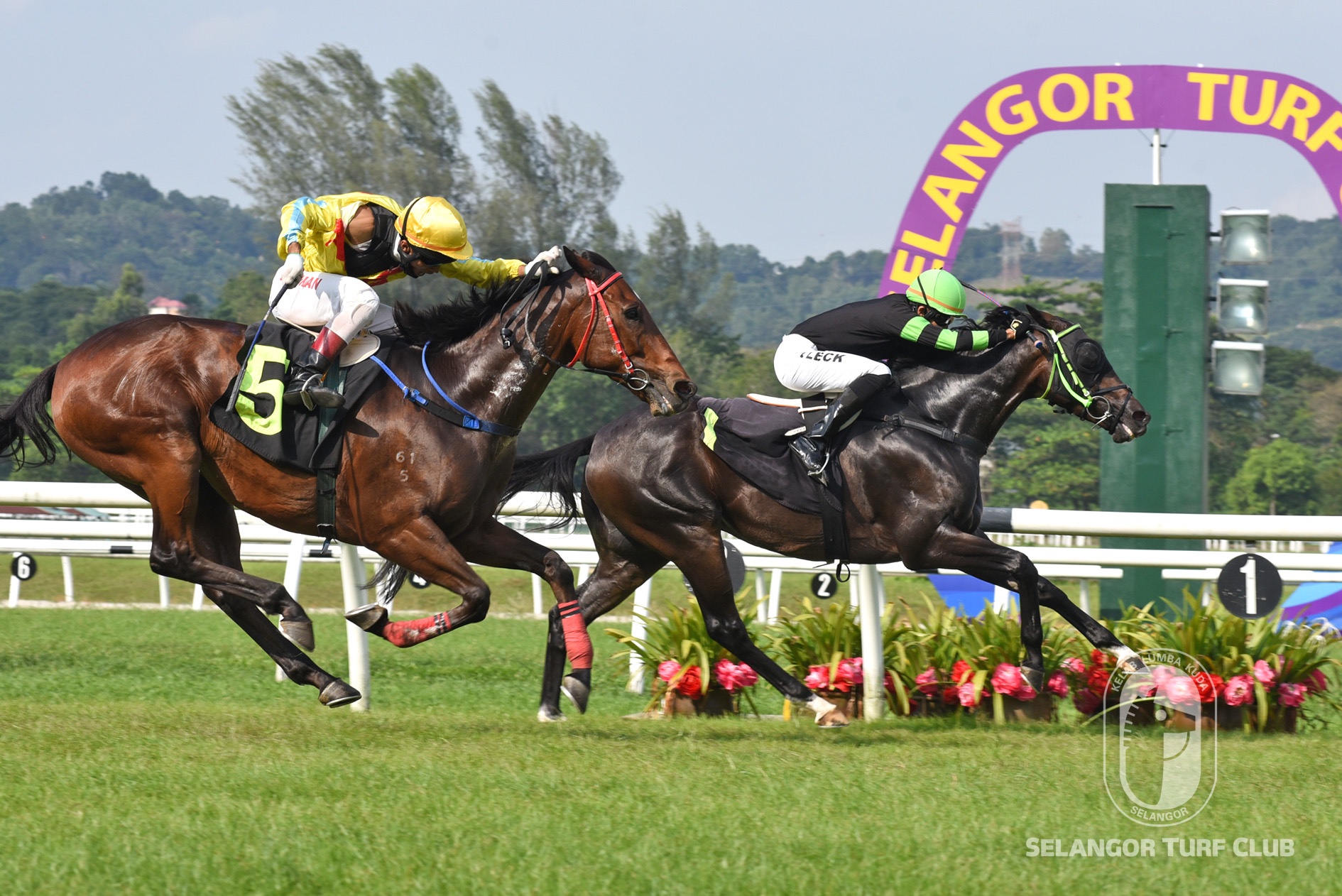 esome Storm is back on the winning trail after meeting his first defeat last start, thanks to a new rider who was in devastating form today.

The Phenomenons gelding’s six-race unbeaten run came to an end in a disappointing manner three weeks ago when he set the pace as usual but faded to finish fifth behind the winner LONELY BOY in a Supreme A set-weight event at Sungei Besi.

AWESOME STORM was then resuming after a two-month break following his runaway victory in the Tunku Gold Cup in April.

With the run under his belt, AWESOME STORM made no mistake this time when he made all the running in the Metro A set-weight event over 1100m at Sungei Besi here today, credit to a brilliant ride by apprentice Clyde Leck.

Leck had already booted home three winners when he partnered the champion sprinter for the first time. AWESOME STORM set the pace but Leck did not allow the four-year-old to get too far in front till well into the straight.

Leck made a breakaway on the gelding at the 300m and the pair was three lengths clear at one stage. That proved to be vital as HANDSOME BENZ was closing in on the leader rapidly in the final 100m but AWESOME STORM had enough to spare to win by half a length.

Leck went on to pick up two more wins to set a new personal best of six winners in a day.

“Clyde rode him very well and I’d like to congratulate him on his six wins today.”

Meanwhile, LONELY BOY followed up on his last start success to complete a hattrick in the Supreme A set-weight event over 1200m.

It was the English gelding’s second hattrick of the season. He has now won ten times in 20 starts in Malaysia and Singapore.