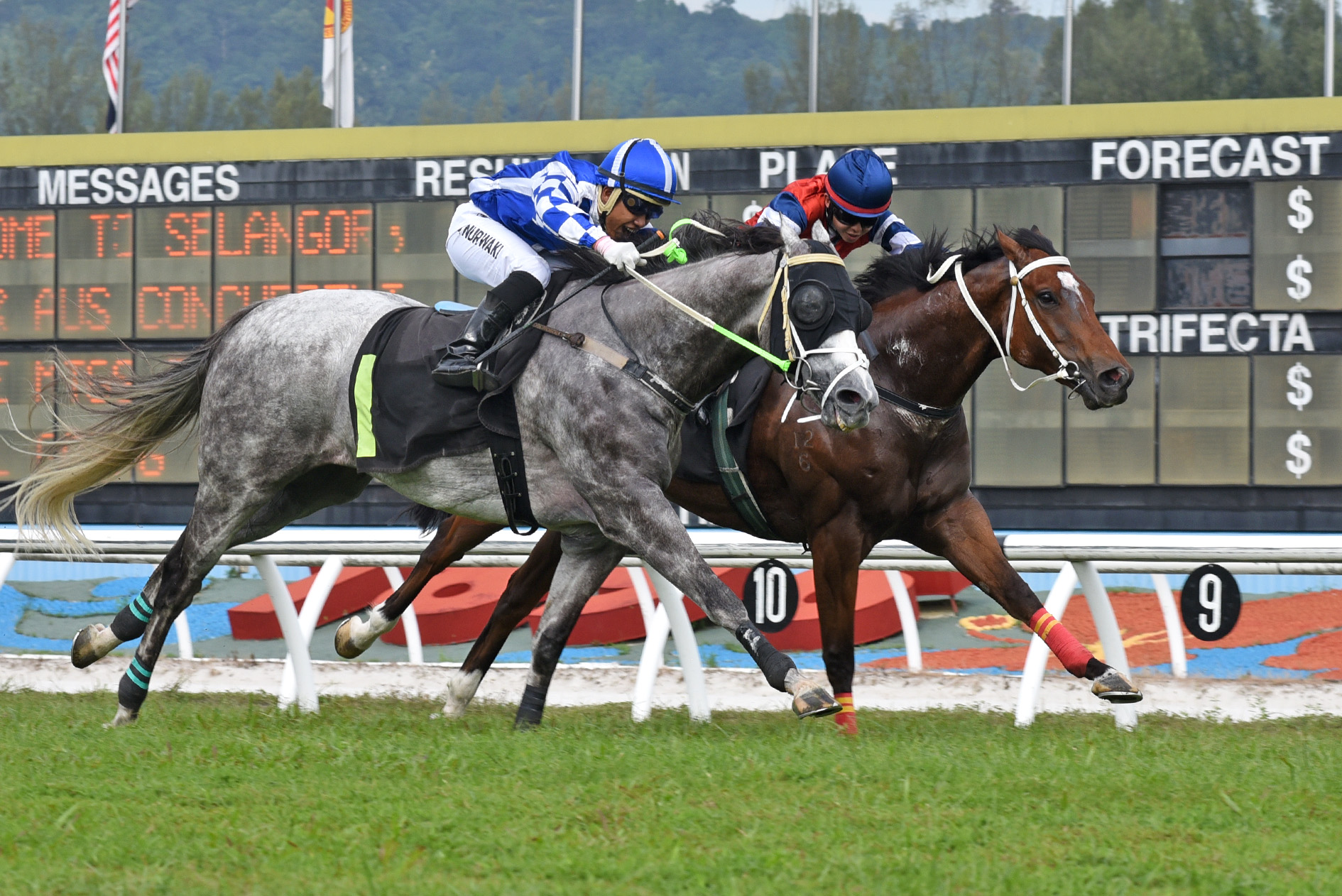 Rookie apprentice Tuan Nurwaki Ammar made a sensational start to his riding career at Sungei Besi here today, the opening day of the 2023 racing season.

In his only ride of the afternoon on MOON FACE, the lad from Kelantan ended the unbeaten run of GAMESTONKS, the odds-on favourite, in the combined Classes 2 & 3 sprint over 1075m on the No 2 track.

Nurwaki had a good jump on MOON FACE but it was GAMESTONKS, unbeaten in four runs in Malaysia, who immediately went to the front as usual.

Nurwaki then parked MOON FACE on the outside of the leader just half a length away till the 200m when they drew level with GAMESTONKS. It was anybody’s race from then on with Nurwaki having to ride hands and heels.

The pair matched stride-for-stride and flashed past the post together. A photo finish was called and it was MOON FACE who got the verdict, winning by a nose.

“I was not confident before the race as it was my first race ride,” said Nurwaki. “After drawing level at the 200m, I just couldn’t tell if we were going to win but I just rode as hard as I could.” 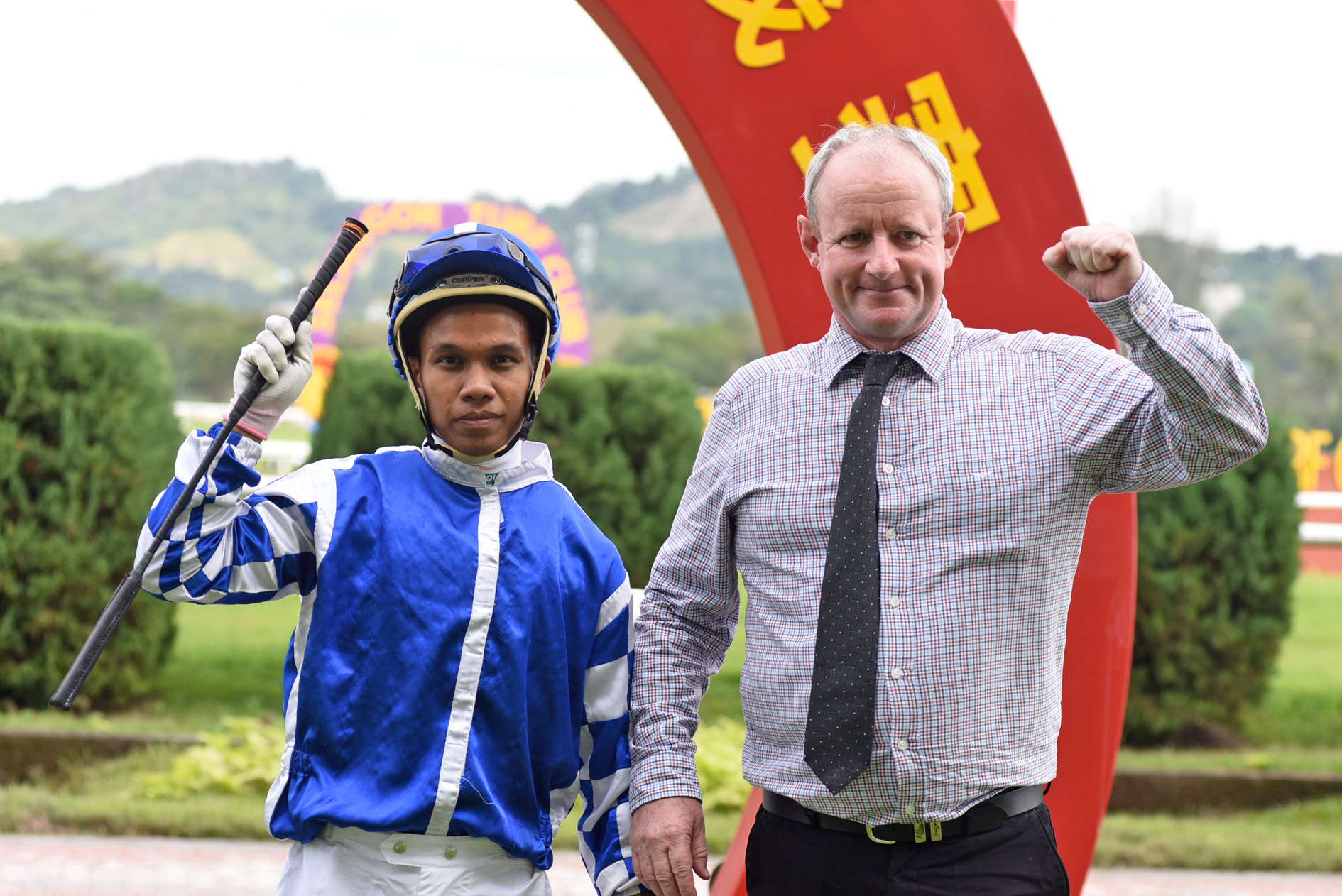 “I would like to thank my boss (trainer Simon Dunderdale) and the owner who supported me.”

“What a tremendous win and especially with Nurwaki having his first ride,” said Dunderdale. “We were a bit concerned about the hard track as MOON FACE feels his legs a bit but our apprentice followed the instructions well.”

MOON FACE had a win and second in two starts in Argentina before landing in Singapore. He was unbeaten in his first two outings at Kranji but but after two more unplaced runs in 2020, he was off the scene for the whole of 2021.

Since relocating to Malaysia, MOON FACE has been sparingly raced but very consistent with three wins and three placings in as many starts since February last year.

Nurwaki’s father owned ponies and rode in pony races in Kelantan. Nurwaki himself starting riding with his father at the age 15 and helped to look after the ponies at the father’s yard.

Upon graduating from high school, Nurwaki worked as a motorcycle mechanic and at 20, he was introduced to horse racing and joined Dunderdale who provided him the opportunity to train at the SLTC Apprentice School. He has given the nod to ride in races from this year.