App. S Uzair – On The Upgrade

Apprentice S.Uzair was surprised that he was awarded the Ride Of The Month for January 2020 recently at Selangor Turf Club early this month.
The 27 year old rider said that, it was indeed a very good initiative taken by SLTC in giving such an award, as this will spur other up and coming Apprentice to work hard and show their riding ability.
Hailed from Ipoh, Perak, Uzair love horses even while at school. Once he completed his studies, he met several trainers in Perak. However, it was Trainer Steven Cook who offered him a job as a syce in 2013.
This was the humble beginning. Uzair worked for Steven Cook and after some time, Cook saw his capabilities and told him to move on. 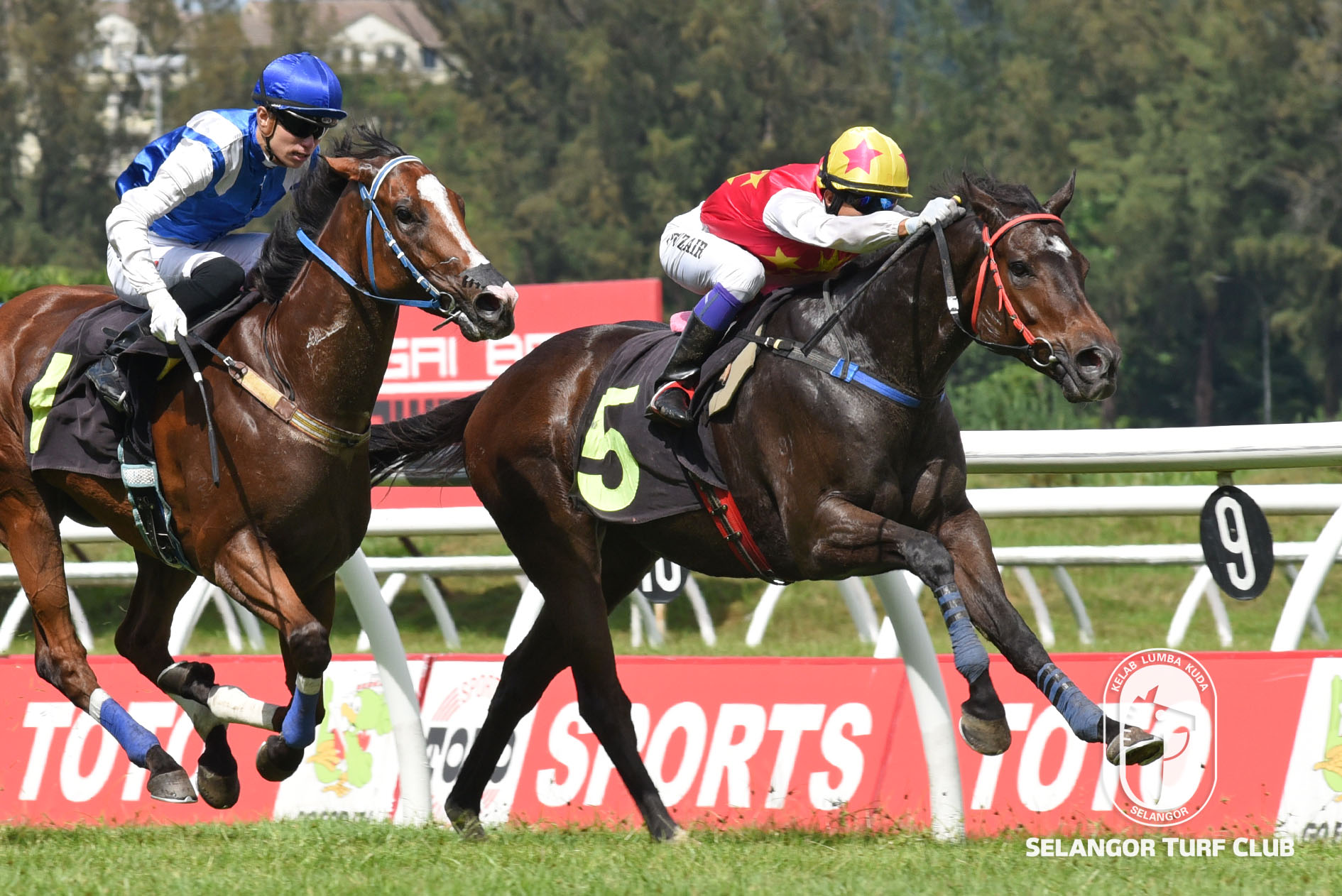 In 2014, Uzair started as a track rider with former Trainer Edylyn Goh and he moved on as an Apprentice with Trainer Peter Fell, where he rode his first winner on a horse called U And Me. Challenges were there and he moved on with another trainer, Anna Scott.
In 2017 when Anna Scott relinquished her licence, he went to work with Trainer Lawson Moy till today.
“Lawson Moy is a very good trainer. He guides me very well in every race that I ride”, said Uzair.
Every horse is different, some like to be in front, while some like to come from behind, said Uzair.
Currently riding at 49 kg, Uzair has recorded 24 winners to his credit.
It is always a lesson in every race, if winning it is a blessing, when failed there is always the next time, said Uzair.
He appreciated that the Selangor Turf Club Committee has formed such an award for Apprentice riders.