ABDULLAH CAN DELIVER THE X FACTOR 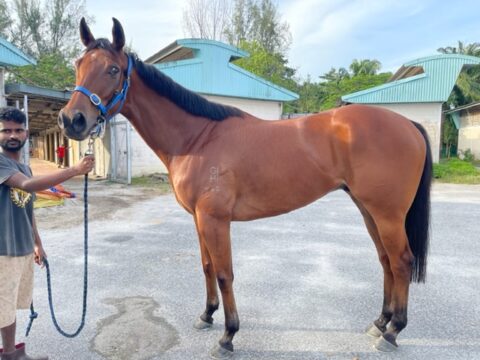 Former New Zealand galloper MR X can atone for his recent defeat when he contests the 1100m Class 4 event at Kuala Lumpur on Sunday.

Prepared from the Selangor stables of AB Abdullah, MR X was heavily supported for his local debut on May 15, his first run in seven months. The four-year-old led before shifting abrubtly over the concluding stages to eventually finish 3rd behind the inform Flying Durumi in a 1200m Open Novice contest.

MR X has been freshened and will not only strip fitter from that performance but also appeared sharper and more tractable in his trial win here Tuesday week ago.