Cheng Han Yong has made a big impact since coming on the scene two years ago and the current season could be his best yet.

The Kuala Lumpur based trainer finished fifth in the table with 28 winners in his debut season and climbed to second spot with 50 winners, eight behind Richard Lines, last year.

Cheng saddled four winners — including the main event with ARC TRIUMPH — at his home base here this afternoon to level with Lines at the top of the table with 27 winners apiece. Lines took the last race with MARINE VANGUARD. 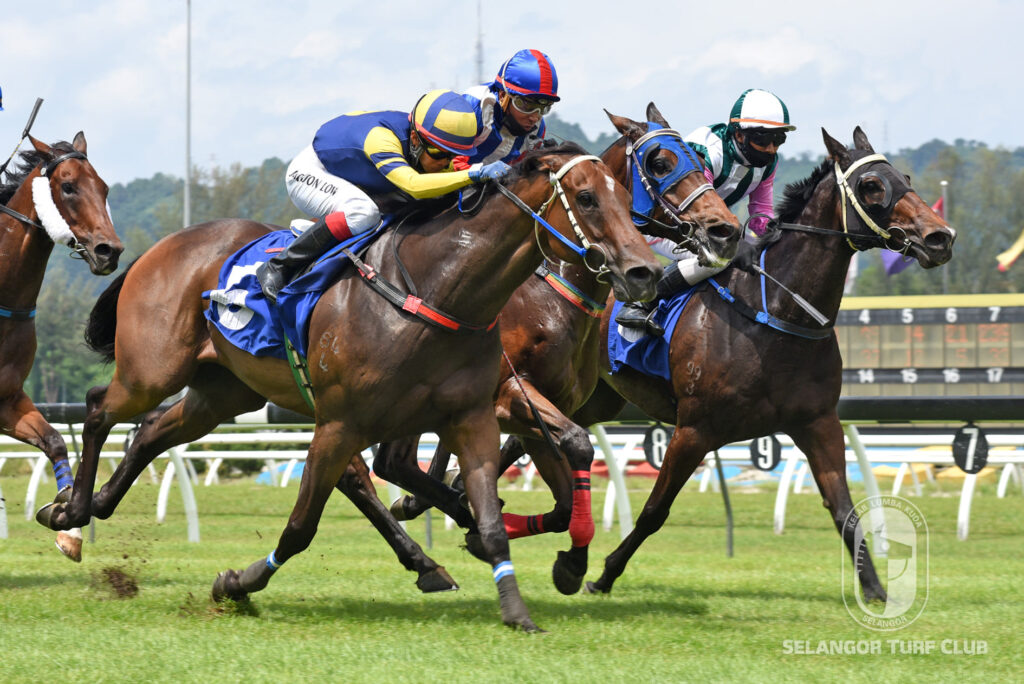 ARC TRIUMPH came over from Singapore where he picked up six wins in 33 starts and has now added three more to his name in nine starts under Cheng including the Christmas Trophy (a Banded 62-89 event) last December.

The Supreme A set-weight event today turned out to be a thriller with ARC TRIUMPH, BLACK THORN and CHOCANTE flashing past the post locked together.

CHOCANTE, who settled second, took over the lead at the 400m and had a clear lead at the 200m. ARC TRIUMPH, who switched out from the rail round the bend, was chasing him wide out. BLACK THORN, looking for a run behind the leaders, had to be switched inwards to get a clear path.

ARC TRIUMPH managed to get his nose in front right at the post ahead of BLACK THORN with CHOCANTE another nose behind third.

“Lucky to get the win,” said winning jockey Jackson Low. “My instruction was to settle on the bit but the horse was inclined to hang in in the straight and I had to straighten him.” 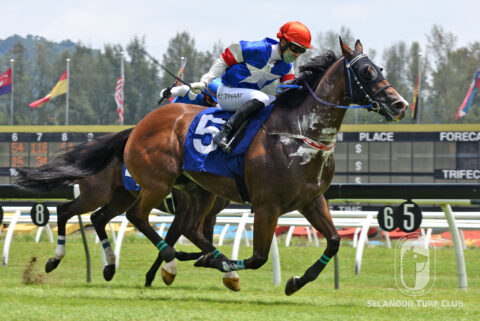 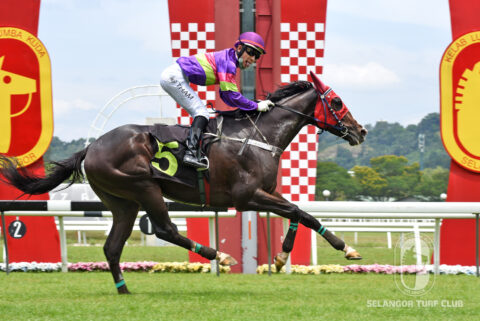 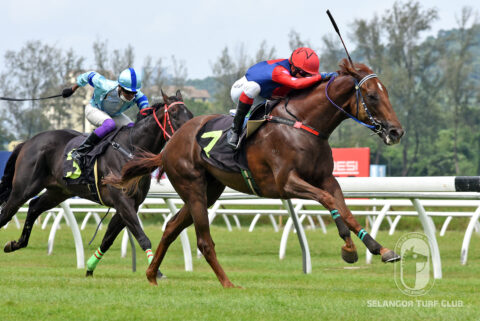 Cheng opened accounts with BOUNCEBACK ABILITY in the opening race and went on to win with BRUCE ALNAUGHTY, ARC TRIUMPH and GOLDEN CUP.

On his four-timer, Cheng thanks his owners for always supporting him. “I also want to thank my hard working team.”