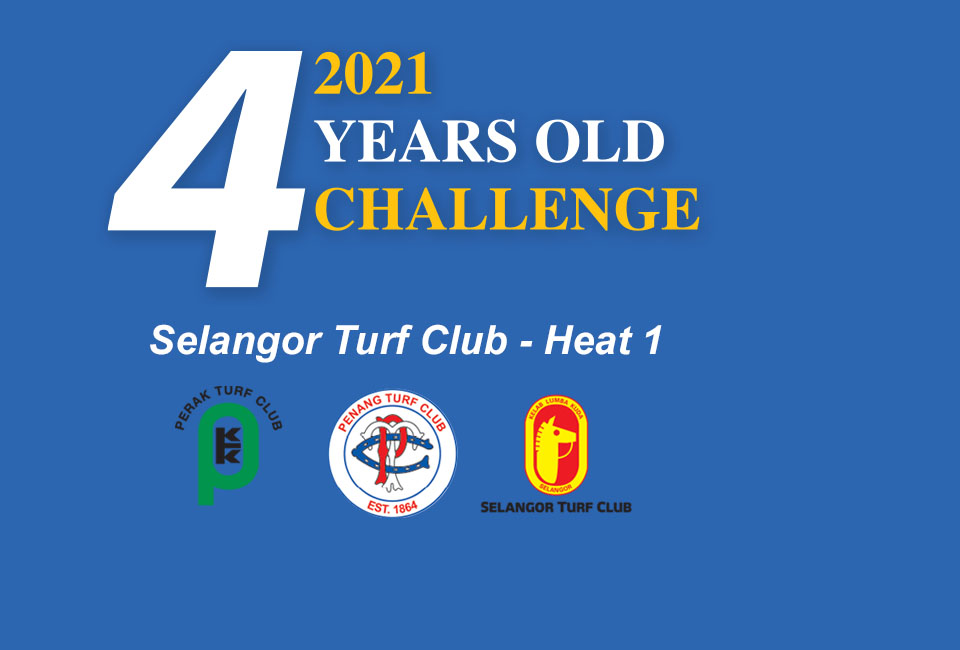 If there is one thing we learn from the results of last week’s first heat in Ipoh, it is that the form book often gets thrown out of the window when it comes to age-group contest. 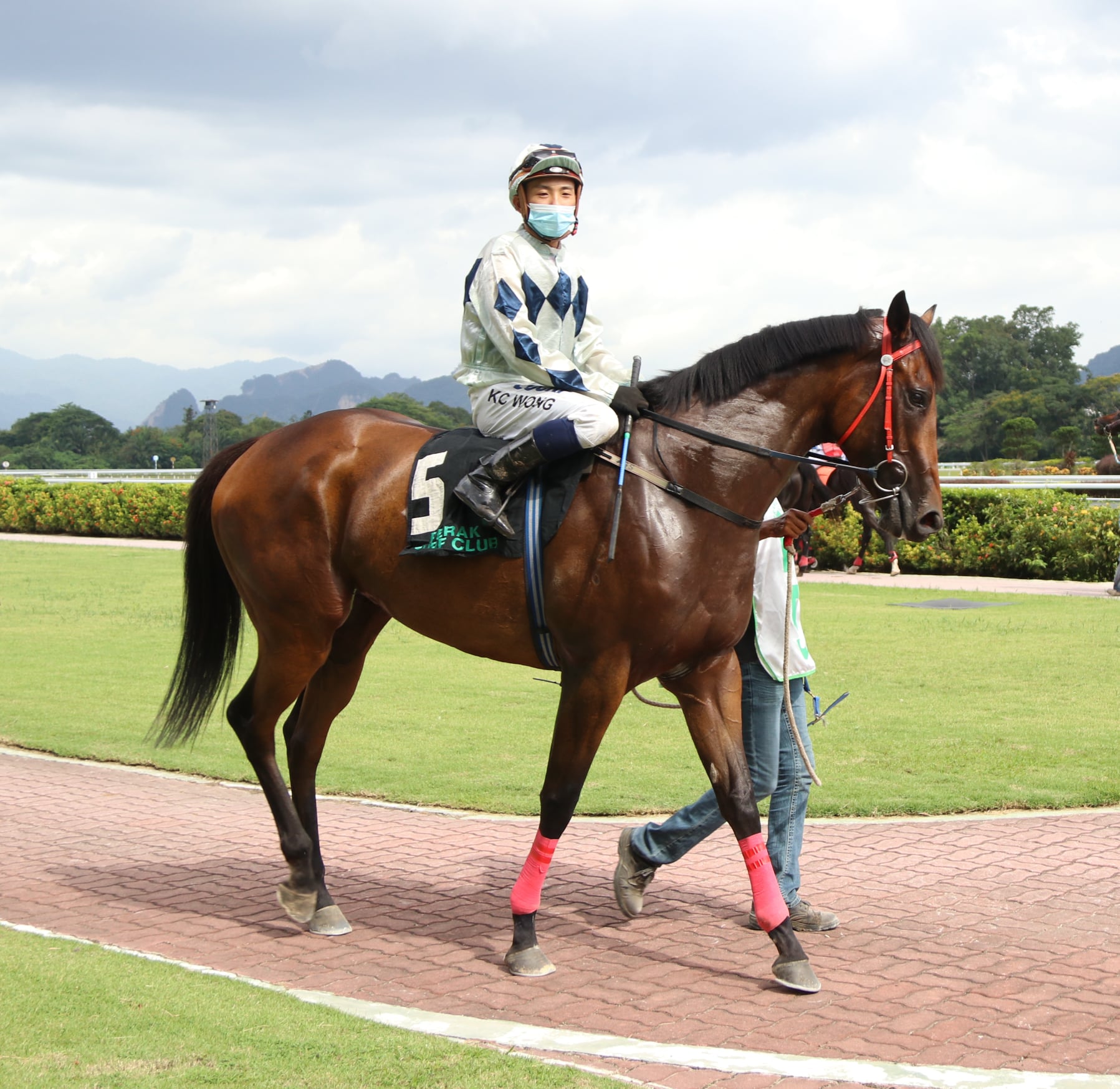 Ocean Law, unplaced in six runs in New Zealand and a no-show in his Malaysia debut, upstaged horses with multiple wins to bag the first Ipoh heat of the Malaysia 4YO Challenge.

This week, the focus shifts to Kuala Lumpur when the Selangor Turf Club will hold their first of three heats in the search for the champion 4YO horse of the year.

The name on everyone’s lips at the moment is White Hoof Bird (Denman – Can She Move by Canny Lad). Since landing in Malaysia, the Australian gelding has been unbeaten in five starts. Down Under, he managed just one win and three placings in 11 outings. 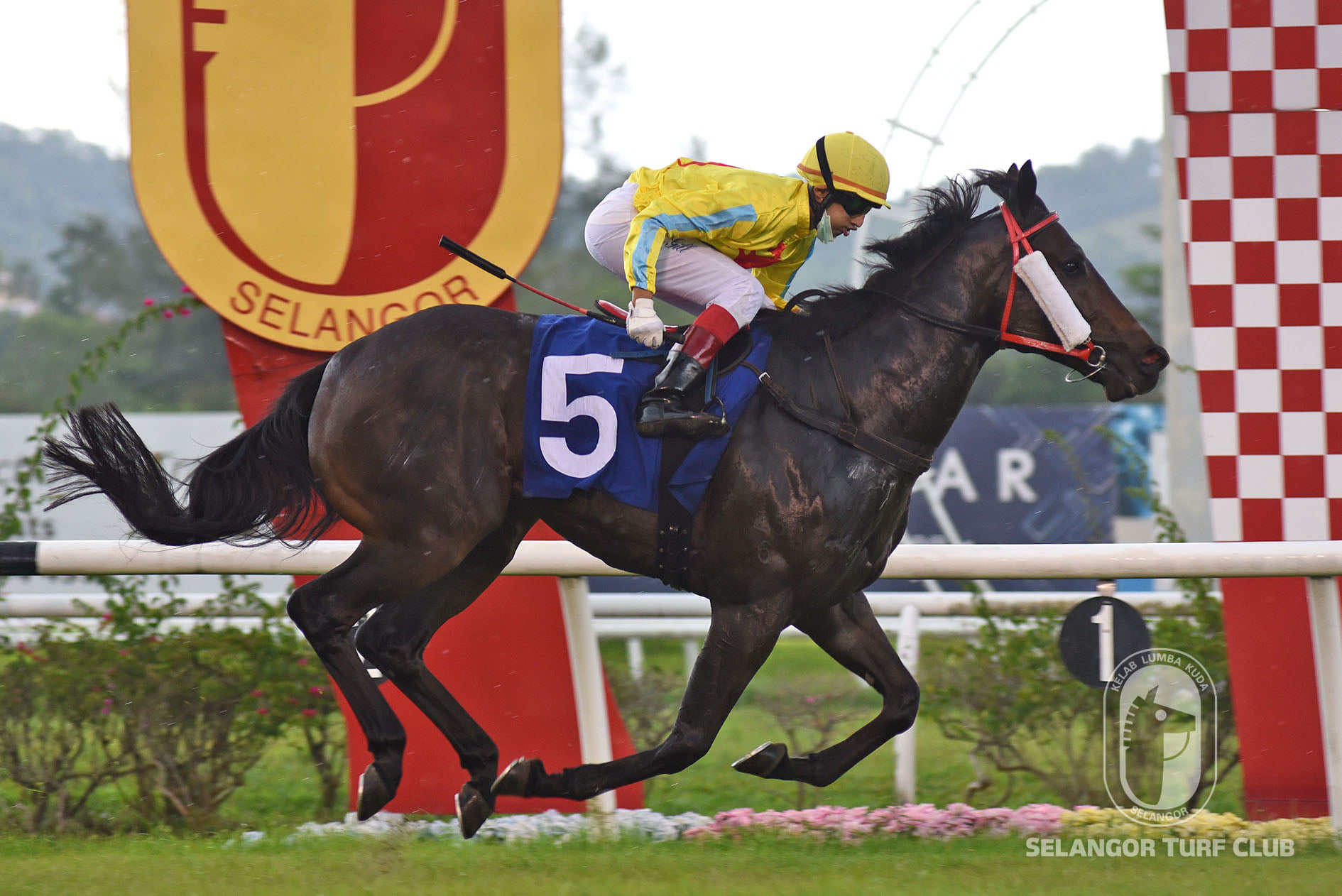 White Hoof Bird is trained in Kuala Lumpur by Lim Boon Thong and has done all his racing on his home track thus far. He will no doubt be the one to beat this Sunday, but count on some in-form horses to provide him with a stiff test.

Emperor Taizong (Arlington – Tidy Package by Honours List), a winner in five runs in Singapore, has done rather well since coming to Malaysia with two wins and three placings in six starts when trained by Tiang Kim Choi in Penang.

Tiang has since shifted base to Kuala Lumpur and Emperor Taizong has not raced again since his last run in October. He is fresh from a five-month break but will he be ready for the test? 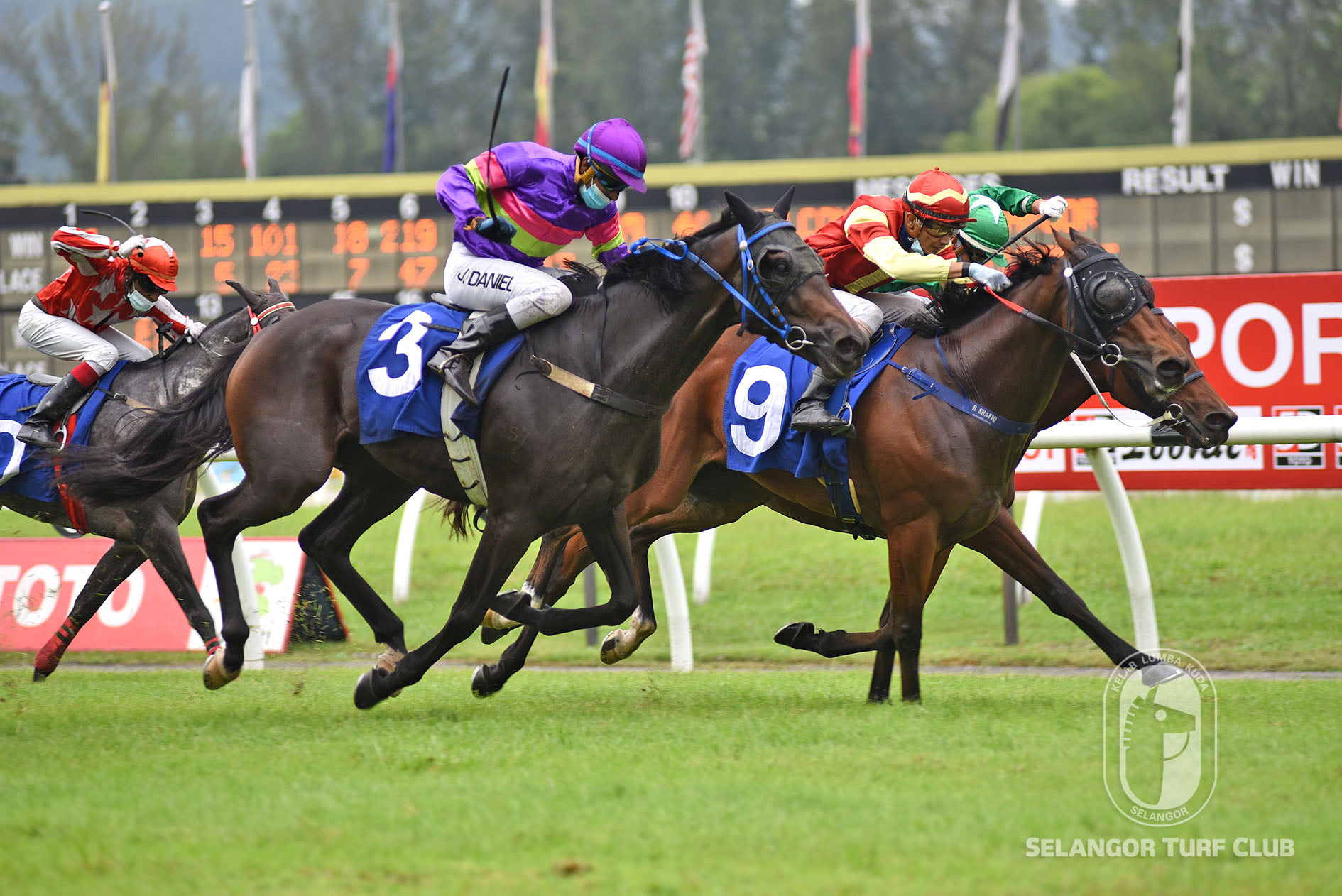 Sha Na Na – No 3, (Shamoline – Seattle Storm by Consoliator), unplaced in four runs in Singapore, has picked up three wins in 12 starts in Malaysia and is a last-start winner just two weeks ago.

All his three victories have been over distances longer than 1,200m with his last two over 1,400m. He might just produce the best work at the finish.

Two other last-start winners, Xena and Muhen, are not to be taken lightly. 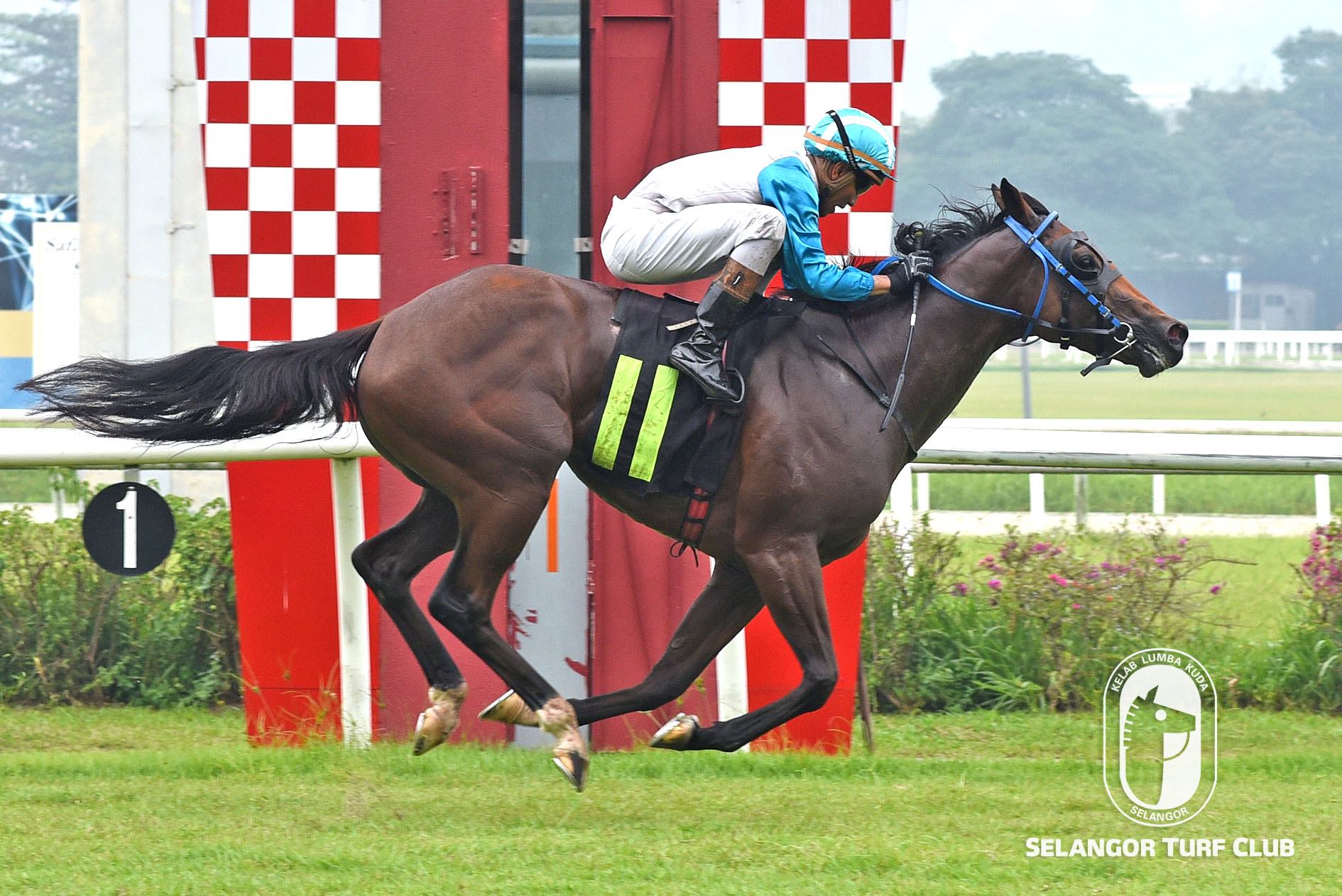 Xena (Proisir – Lady Illicit by Sir Percy) has won twice in 12 starts. She was entered for Ipoh last week but was a veterinary scratching. It could turn out for the better as she had just won the week before and the longer break between races could be to her advantage. 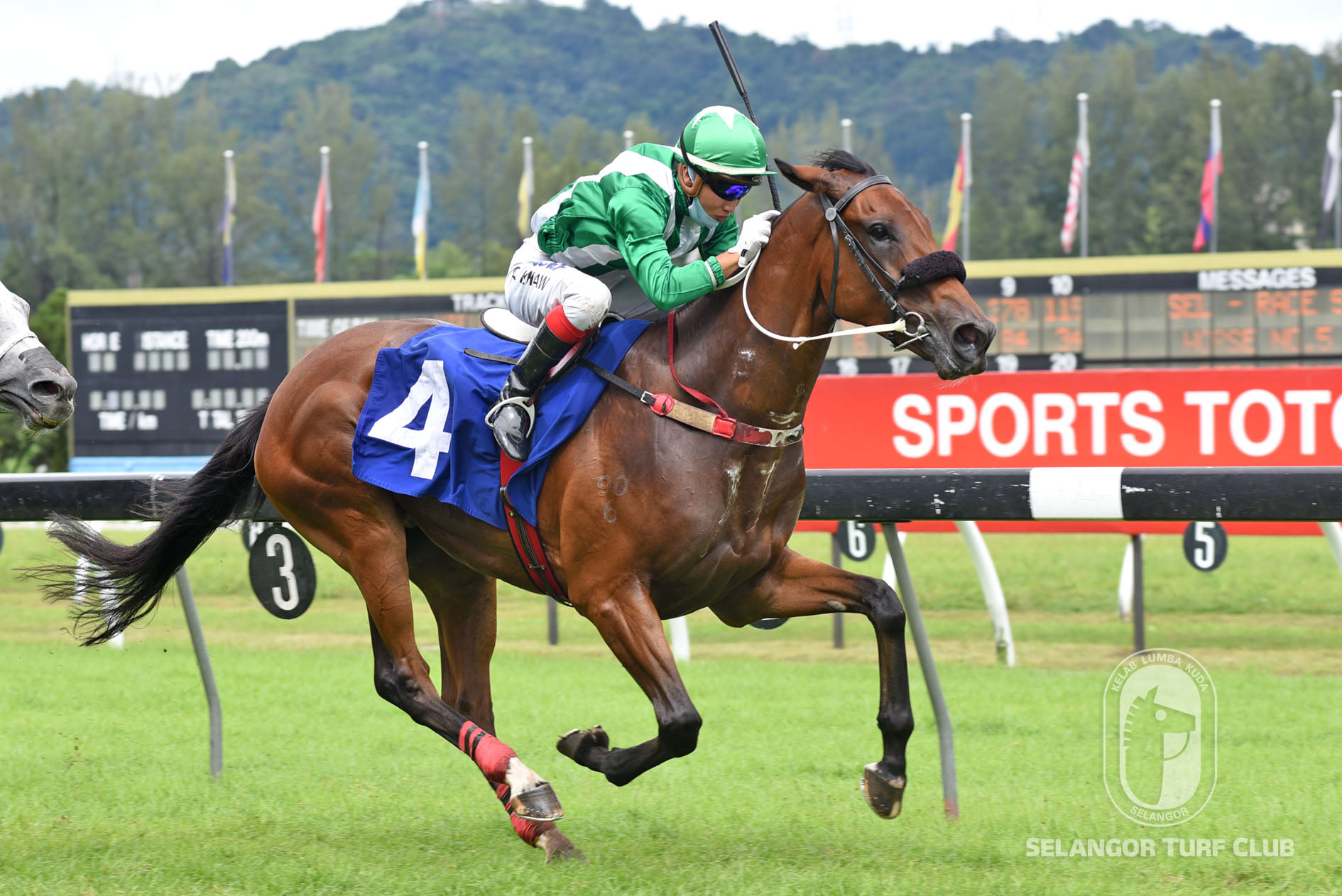 Muhen (Atlante – Seraphina by Montjeu) is in superb form having won his last two starts. The New Zealand gelding has shown early speed in his races and will be in the mix.

Two other past winners entered this week are No Regrets and Win Easy.

No Regrets (Showcasing – Rockelle by Rock Of Gibraltar) won two races in Singapore in 2019 and was unplaced in his Malaysia debut three weeks ago. He will have to pick up form rather quickly to make an impact.

Win Easy (Hinchinbrook – La Valeta by Falkirk), who had two runs in Singapore in 2019, won his Malaysian debut last August but has not raced since October.

After his five consecutive wins, the first big test for White Hoof Bird comes this Sunday, which makes this first heat in Kuala Lumpur one to look forward to.

The three Malaysian Clubs will each hold three heats with a purse of RM50,000 per race. There will not be a Final race, and the Champion 4YO horse will be determined by points system and earned an extra RM50,000.

Perak Turf Club will stage their next two heats on May 23 and June 27. Penang Turf Club will hold theirs on May 9, June 5 and 20. After this Sunday, Selangor Turf Club has scheduled the next two on May 30 and July 4.

The winner in each heat will be awarded five points, with two points for second and one for the third-placed horse.