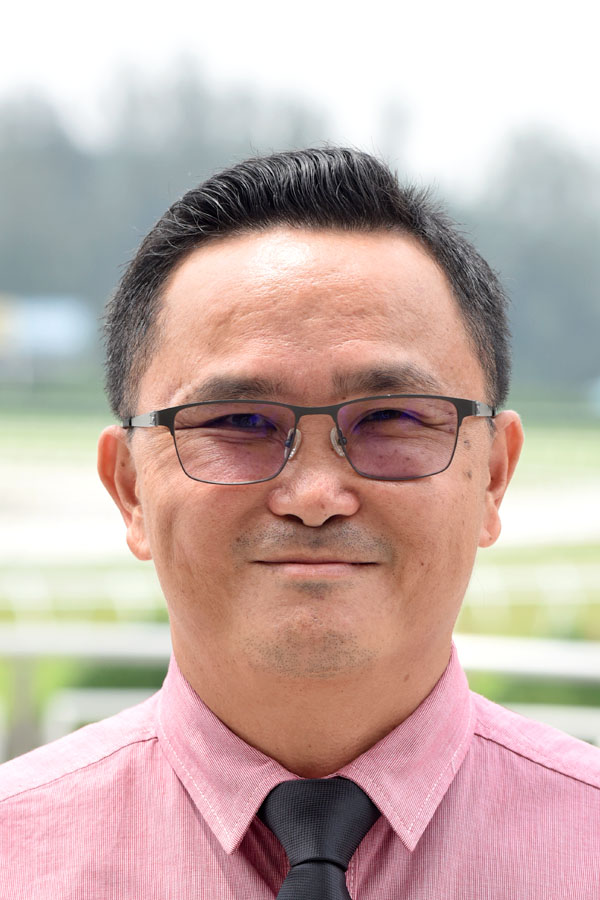 First season trainer Teh Ming Wan started his career from a humble beginnings as a syce with trainer Bernard Ang in 1992 at Jalan Ampang Racecourse. He then progressed as a track rider eventually obtaining an Apprentice Jockey license late 1993.
He rode his first winner on board Royal Stars at this course in 1993 and moved along with Bernard Ang who shifted his operations to Bukit Timah in 1993.
He became a Professional Jockey in 2004 and rode over 80 winners in his career. MW Teh hang up his riding boots in 2013 and became a stable supervisor namely to Daniel Murphy, Troy Jackman and Anna Scott.
MW Teh obtained his “B” grade trainer license under the tutelage of trainer Anna Scott but eventually transfered to trainer Tan Soo Beng in 2017.
With a total of 27 years of experience, MW Teh who grew with a passion for horse racing achieved his lifelong dream and was recently granted “A” grade trainers’ license by the Malayan Racing Association and subsequently was also granted 20 stables at Selangor Turf Club and currently has 15 horses in work. MW Teh managed to saddle his first winner with Char Siew at this course last week. The Club wishes him continuous success.