Lines is a Victor 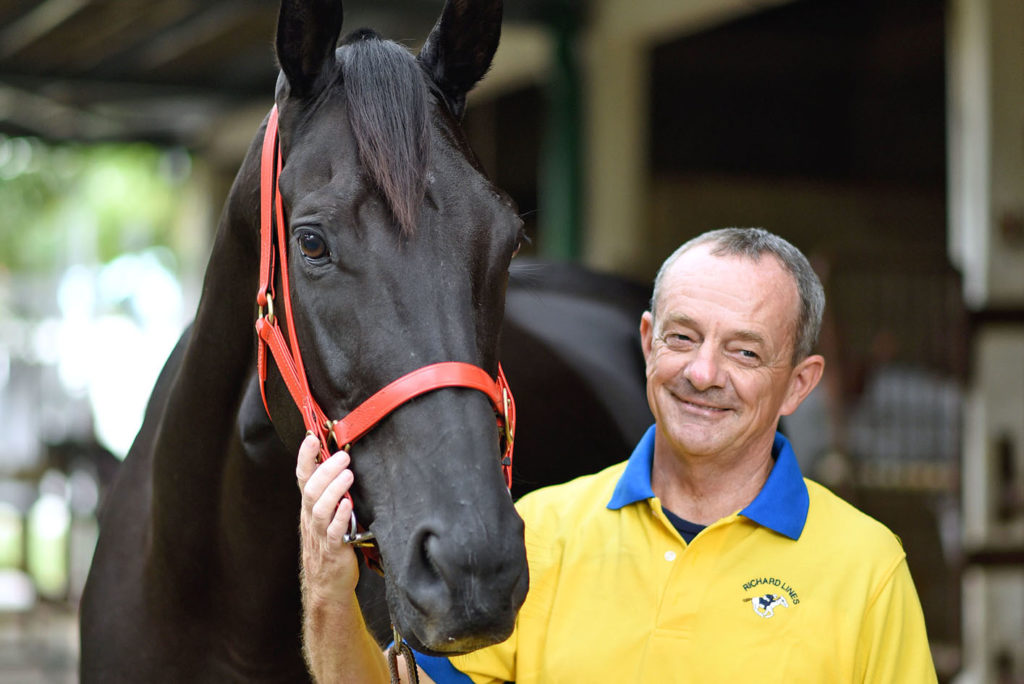 Richard Lines won the Malaysia Trainers’ Championship title for the ninth consecutive year with 81 winners as the 2019 racing season came to a close last week.
It is just another day, preparing horses for the races on the weekend, however, eight-time champion trainer Richard Victor Lines will not rest on the laurels.
The usual 4.30am wake up and a drive to the Selangor Turf Club stables while many are still in bed.
The task of looking at the itinerary of events for the day, preparing the horses for the morning workouts, feeds and medical attention are some of the task and will end in the evening.
‘Lunch will be often at the stables, as most owners arrive in the afternoon to look at their horses and talk to me as to their performance and also pay close attention of their horses to see how the prized possession are kept.’ said Richard.
It was a family affair. The Newmarket born Richard began the love of horses at the tender age of four, when his parents presented him a pony for him to experience.
The passion for horses grew and made an impact on him, first as a jockey where he rode in a number of races and managed to get a sizeable number of winners too.
However, this was not the career Richard wanted as his desire and quest for the love of horses continued till he met a prominent owner Mr Tang Weng Fei, who was once a leading owner under the famous colours of the Hydrocarbon Stables.
Tang gave him a dearly advice, there is an opportunity in Malaysia for your ambition to be a horse trainer, thus Richard heeded the advice and moved to a new frontier in Penang.
New surroundings, new home and it was really tough but perseverance and determination led Richard to start from the humble beginnings as a stable supervisor under Trainer Keith Stone.
After sometime, Richard became a “B” trainer to Bonny Ng where he gained the knowledge of how to train horses and the skill of managing stables.
In 2002, Richard obtained his “A” licence and was granted stables at the Penang Turf Club and become the first British to work his way up.
Richard trained winners and built up a strong base with some great owners and soon there were many horses under his charge.
It made him to work hard and slowly but surely move closer to be in the top rank in the Trainers’ Championship over the years.
“Penang Turf Club and its’ Committee were indeed very supportive and very helpful in building my career as a trainer and I am very grateful for this great help that was rendered to me when I was based there”, said Richard.
In 2008, Richard made a bold decision to leave Penang to set up the stables at Selangor Turf Club as most of his owners were in Kuala Lumpur and Singapore.
The quest continues, to strive to clinch the Championship title and it was in 2011, Richard became the top trainer for that season and thereafter till now.
“A very good team and right owners play a vital role in keeping this title yearly”, said the soft spoken Richard.
“I owe to my B trainer, Jody Ward, Ms Siew Peng, my three Apprentices namely L De Souza, CK Khaw and WW Cheah and all the staff who made this title possible”, he remarked.
Richard lamented that he has won all the Classic races in the local circuit except for the Perak Gold Vase.
“Now looking back at time, having established a home in Malaysia, horses will be a part of my life. Next season will be a new dimension, new hope and a new beginning”, said Richard Victor Lines.