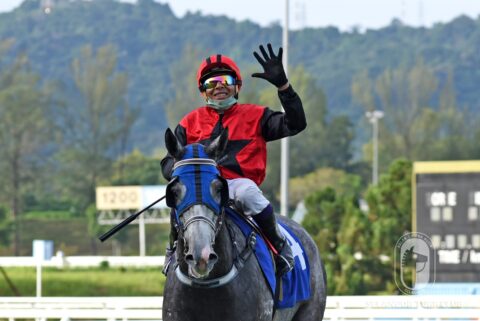 With his brother, multiple champion jockey Jose’s departure for Mauritius after more than a decade on the Malaysia scene, younger brother Laercio De Souza is determined to keep flying the family flag high.

De Souza, who did his apprenticeship in Malaysia, came closest to winning the championship while still indentured to trainer Richard Lines in 2018 when he finished second on the table with 47 winners, behind Ruzaini Supien with 54 wins.

While he has finished above his elder brother in the table in the last two years, De Souza was not in contention for the title.

This could be a breakout year for the Brazilian.

De Souza was in superb form at Sungei Besi this afternoon when he bagged five wins.

He enjoyed an easy victory astride MICHIKAWA, a horse he was riding for the first time, but has work extra hard to score on SKYDANCE ECLIPSE who won by a nose on a photo-finish. The pair also had to survive an objection to take the main event of the day. 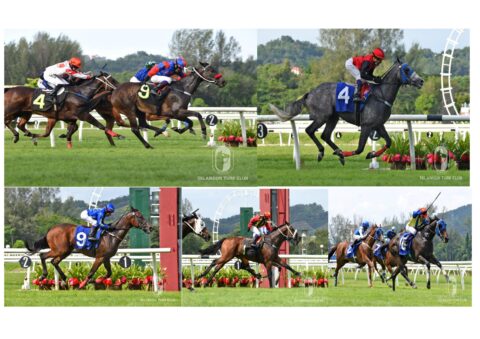 De Souza completed a hattrick when successful on TIGRESS, another galloper he was riding for the first time.

De Souza then wound up the afternoon by taking the last two races on MEWTWO and MERCURIAL TURN.

With the five wins, he now tops the table with 28 winners.

“I am grateful for the good rides today, and a bit of luck as well,” said De Souza. “I am thankful to all the owners and trainers who have supported me. I do my best in every ride.”