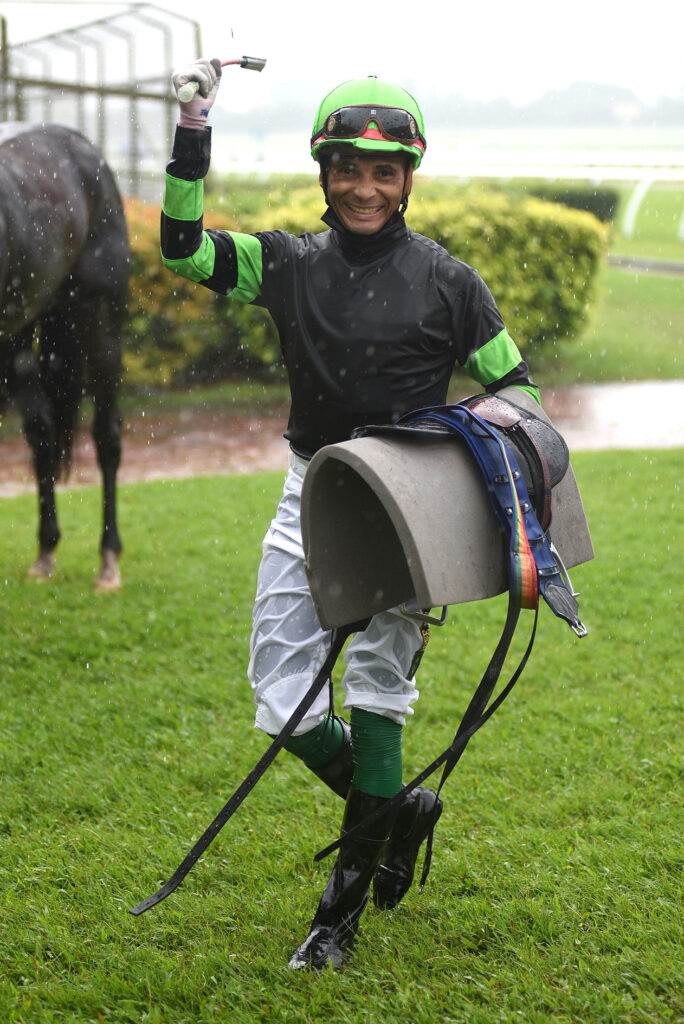 The Australian gelding Phenomenons outclassed his rivals to win the set-weight event by 8 1/2 lengths to remain unbeaten in six starts in the country, after picking up just one minor win in five starts Down Under.

De Souza heads for Mauritius next week to take up a riding contract in the Indian Ocean island known for its beaches, lagoons and reefs, and a racing tradition that dates back to 1812.

On the Tunku Gold Cup, De Souza said he was quite confident before the race because he knew what kind of a horse AWESOME STORM is.

“The wide barrier was a bit of concern but after a good jump, we managed to get the front. He was cruising and I knew he was going to win,” he said.

“I think he can take up to a mile if he can dictate the pace, but he is a specialist over 1200m.”

De Souza is leaving on a high note and lying third in the table with 15 winners.

“I wish to thank all the owners and trainers who supported me throughout the years. You have not seen the last of me. I will be back for sure,” said De Souza after the prize presentation.