Handicappers in the horse racing industry are significant as they are tasked with the role to equalize the chances of the competitors to bring competitiveness to this sport.
Rosalind Lim Cheng Im, Jason Prime and Jarry Chong, the three experienced handicappers of the Malayan Racing Association (MRA) attend races at the Selangor Turf Club, Penang Turf Club and Perak Turf Club on their race days to rate the horses based on their performances. As this process is complex and very technical with lots of numbers involved, each of these handicappers have to be skilled to be able to rate the horses most accurately and precisely to provide a healthy and competitive race card in the horse racing industry. 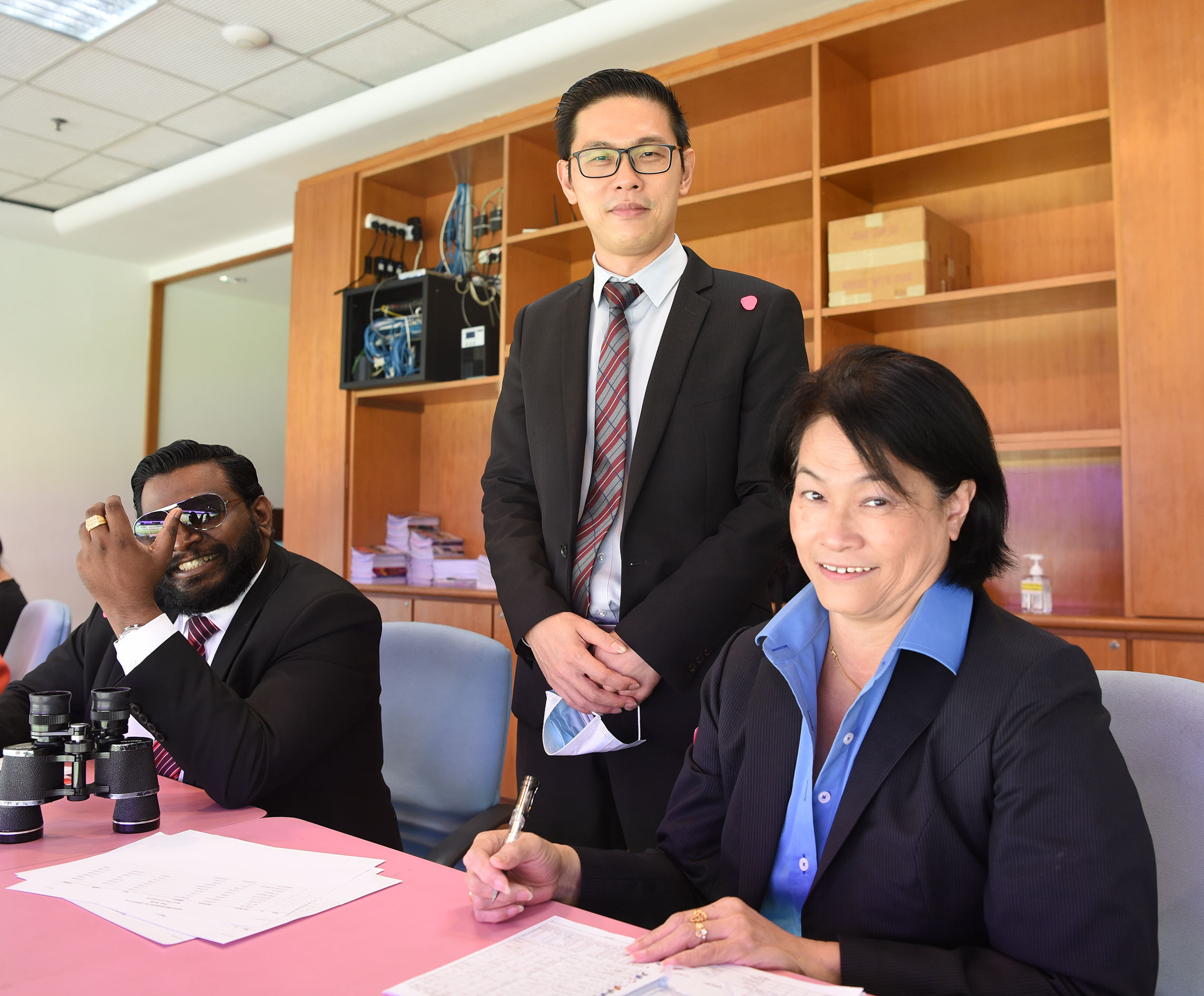 “Our job begins as soon as the horses arrive”, says Rosalind, the chief handicapper. ”These race horses that are bought by their owners mostly from Australia and New Zealand come as “raced” and “unraced” horses.
The “raced” horses come in with rating points from their country of origin based on their performance in races and the “unraced” horses are yet to be rated. However, the rating is adjusted according to the Central Rating System that is practised in Malaysia before they are classified. As for the unraced horses, they will be rated by the handicappers once they start racing.
Rosalind who started her career as a cadet handicapper in 1993 received her initial training from British handicapper Major William Peyton Smith together with Ananda Suppiah, the senior handicapper at Selangor Turf Club and Arthur Chua who was also known as the “walking dictionary of racing” based in Singapore. The mother of two, asserted that she wouldn’t want to use the British system as the penalties imposed are hefty and is totally different from what is practised now.
During the years that followed, in the mid 90’s, Australian handicapper Greg Carpenter joined the handicappers’ team and Rosalind was able to learn the Australian system of handicapping. This was the glorious period for the racing industry as there was cross border racing every week between Singapore and Malaysia and both these countries enjoyed good racing competition. Through the simplistic and friendly approach of Greg Carpenter, the racing industry experienced a fresh start and handicapping had a friendlier environment to work from. Through his influence, many investors and stakeholders from Australia became a part of the Malaysian racing industry.
In the years that followed, in 2001, once again an Englishman Martyn Stewart came to head the handicapping team which was a great advantage to MRA as he brought along his experience of working in the Hong Kong racing industry, which had the highest level of racing. He coached the local team to develop their skills at handicapping till 2007. When he left, it was taken over by the present team headed by Rosalind.
Jason Prime Jnanaprakasam was exposed to the field of handicapping through his friendship with Ananda and Greg Carpenter when he was in the broadcasting team at Selangor Turf Club from 1994. With his experience and an interview with the Committee, Jason was appointed as a handicapper at MRA in 2001 and says he is privileged to have received his training from Martyn Stewart and to be able to learn about the English as well as the Hong Kong system of handicapping. He also gained knowledge in the field of handicapping from Rosalind. He further improved his knowledge in this field from the training he received at the Japan Racing Association, his exposure includes attending the Asian Racing Conference in Australia.
Subsequently, Jarry Chong, a former engineer, the youngest in the team, joined MRA as a handicapper in 2008 and has acquired 12 years of experience in this field. He is proud that he had received his training from his seniors Rosalind and Jason and through the many assignments that he had undertaken. He was also privileged to attend the Asian Racing Conference in Korea. He is glad that he is in a team that is working towards bringing a sense of competitiveness to the horse racing industry.
Following are the overview provided by the panel of handicappers:-

Overview of Handicapping
With the large population of horses racing in Malaysia from around the world and from different jurisdictions, the horses would hold a rating from the country of origin and we will have to use our baseline to bring these ratings in tandem with our local classifications.
In Malaysia, the current spread of horses by class are:-
• Class 1  (80 points and above)
• Class 2  (71 – 89)
• Class 3  (57 – 74)
• Class 4  (44 – 61)
• Class 5  (43 and Below)

Race Types:-
Handicaps, Weight -For -Age, Set Weights, Compressed Weights, are the main structure of races programmed for the clubs running under the banners below, apart from their own classes:-
• Feature Races
• 2 & 3 YO Restricted Maiden Races
• Open Maiden
• Maiden Races
• Novice Races
• Banded Races
• 4 YO only Races

Penalties and Reliefs.
In viewing the races, the handicappers look out for the performance of the horse, running on its merit with the weights allocated in the race card.
Full fledge jockey has experience under his wings whilst the apprentices are allowed with an advantage to claim between 1 kg to 4 Kg from declared weights. However, you may still find a rookie apprentice and a super light-weight jockey who will still make good on the same horse.
With this, at the finishing line, a margin is recorded between horses 1st to 2nd and to the 3rd and so on. We take the ratings of the winning horse over the ratings of the second placed horse up to 4th placing to reassess and review the ratings required to be adjusted, taking all other factors into account, like the condition of track, the competitiveness of the race, the distance ran, the margin and time won.
The usual of 1/2 kg equivalent to a point has been in practice .

Ultimately, handicappers take all these variables to provide equal opportunity to all the horses in a particular race to win. This further goes on to create a sense of excitement for race-goers that brings about a carnival spirit which keeps drawing racing enthusiasts every weekend to the turf clubs.
Today, it is safe to say that, the present handicapping team has the best of the English, Australian and Hong Kong handicapping system which has been Malaysianised to suit the local horse racing industry and one which the team claim to be of superior quality and calibre, that promises an element of entertainment and excitement for this top class sports.