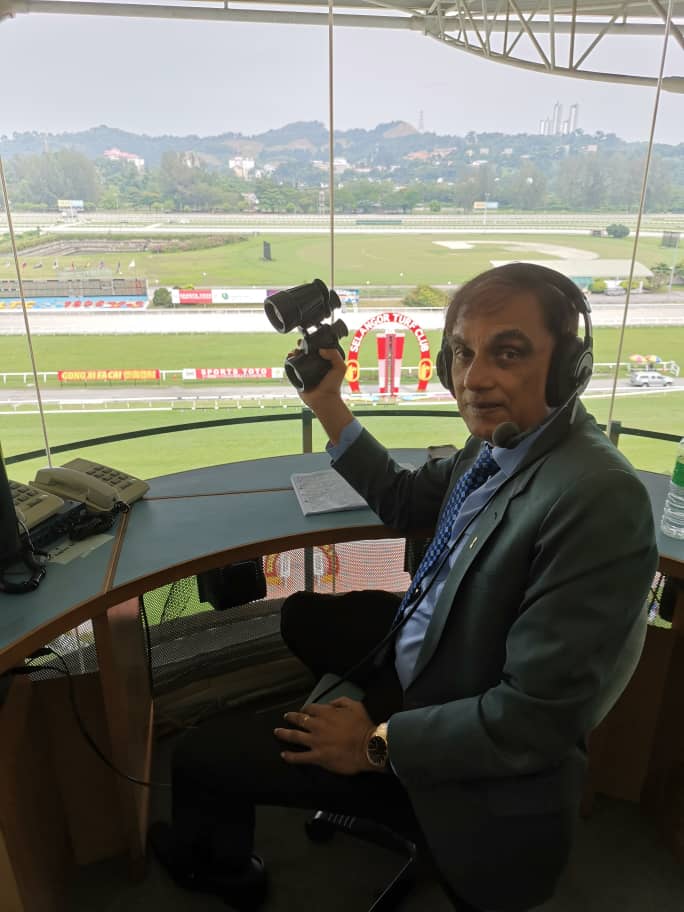 A first time visit to the Selangor Turf Club during the 80s was the beginning of a life-long career for chief commentator Walter Vijayaratnam who is also known as Walter Vijay. The one factor that impressed him most amidst all the hubbub of activities which is a norm during any race day, was the way the commentator displayed his skills in calling out the races.
This experience at the races brought back memories of his younger days of listening to Redifusion and got fascinated at the race commentator’s skills in presenting live commentary at such speed and accuracy.
Hereafter, the former government employee and part time musician and theatre actor often enjoyed presenting mock race calling as a “side-kick” at all his entertainment shows and was well received and appreciated for his efforts. Thus, when an advertisement for race caller appeared in the newspaper, at the encouragement of his close friends, he applied for the position and was asked to send a recorded mock presentation which impressed the selection Committee. After being shortlisted from the more than 200 aspiring race callers, he was selected for this position after a mock race presentation of an amateur race at the Singapore Turf Club.
The happily married father of two successful women said, his very first experience as a race caller took place at the Penang Turf Club when he was under the training of Australian race commentator Jim Chadwick. He was under tremendous pressure and it felt like “being thrown into the fire”. Although it was “staggered and nightmarish” as he called it, he did manage to call out the names of a few horses correctly and even predicted the winner that was ridden by Jockey Rajoo who won by a nose in 1984. 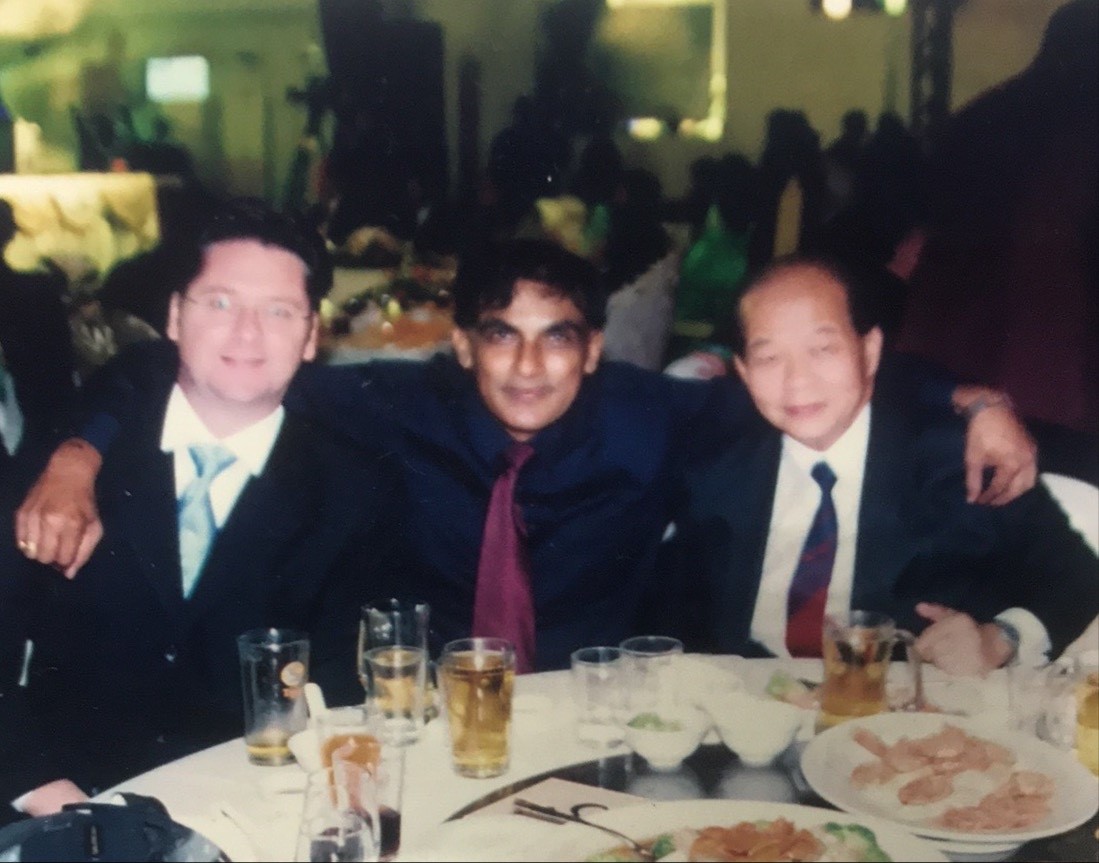 Walter, who had undergone 3 years of training under the professional tutelage of Chris Lee (Right), who was then the Chief Commentator, strived to create his own form of presentation style and had sent recordings of his commentaries to experts in Australia to hear their comments on how to further enhance his skills in race calling. He has sincerely worked on all the suggestions of the experts to further improve on his race commentating.
The veteran race caller explained that, there are 3 parts to race calling which are; pre-race, race and post-race calling. The pre-race requires him to address the descri ption of the form of the horses and the colours that each of them represent.
As soon as the race begins, the race caller depends entirely on his memory to call out the names of horses that are running in the race and present his commentary with precision and style to hit the crescendo with his strong and powerful voice as the race comes to an end. When this is over, the post-race calling comprises of the calling out of the placing of the horses and the dividends.
As soon as one race comes to an end, the race caller has to get himself ready for the next race, by once again memorising the names of a new set of horses as he prepares himself to repeat the process of race calling.
When asked to name the challenges that he faces in this job, Walter stated that adverse weather condition is the most challenging, as when there is a heavy downpour, the colours of the jockeys’ silks are not visible and the darker colours such as purple, blue and red appears to be black. When this happens, the race caller has to capitalise on the horses that ran first at the beginning of the race and the expertise of the cameraman to focus on the appropriate angles as he continues to call out in batches as they run to complete the race.

Race calling is an “art” says Walter with such pride in the work that he has been doing for more than 3 decades. He has encountered many memorable moments throughout his career and among them, the most cherished was his interview with football legend Sir Alex Ferguson in the year 2001, in which he got the opportunity to meet him face-to-face and hold an interview session for 15 minutes regarding horses as well as football.
Ultimately, Walter reminds all those who aspire to become race commentators that, this is a career that demands the use of all of your senses, language competence, a strong and powerful voice, acute memory skills and speed to be used between a minute to 90 seconds which is the duration of a race. However, to become excellent in this field one has to have the right attitude and put in a lot of hard work in perfecting the skills required for this career.