CLOUDS ARE HOVERING OVER KL

Seven-year-old galloper TOUCH THE CLOUDS looks ideally placed over the 2000m trip for a winning return in the Stayers Stakes B contest at Kuala Lumpur on Sunday. 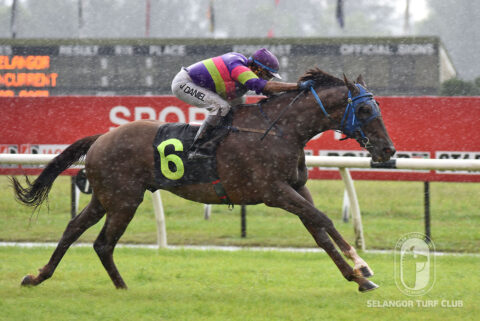 TOUCH THE CLOUDS, a proven stayer and winner up to 2200m, will be on the seven-day back up following his eye catching fifth over 1800m in a strong Metro A event here last Sunday. The Australian-bred was slow to begin before recording a fast final sectional in finishing 3.7 lengths behind the winner.
TOUCH THE CLOUDS meets weaker opposition this time around at his fourth appearance for the V Sivan stable and appears on target to break through for the camp.