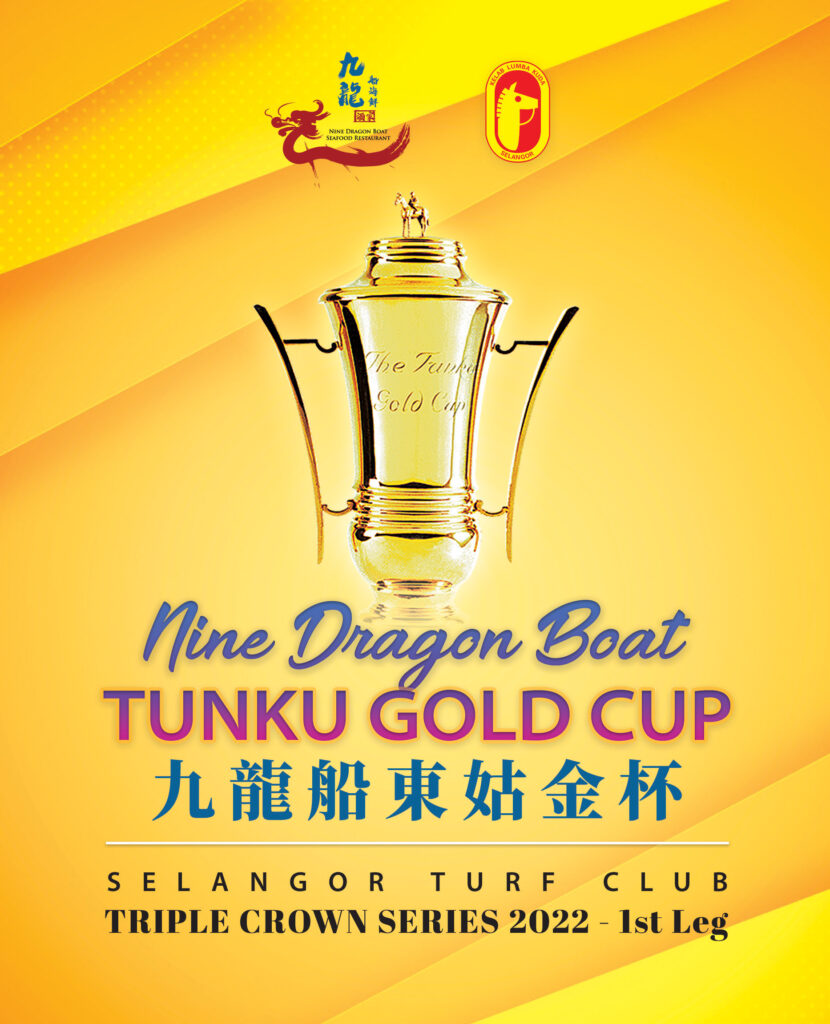 Volcanic General will be gunning for a historic fourth consecutive Tunku Gold Cup success when the 1200m classic is run this Sunday after a lapse of two years.

But standing in his way will be Grand Cross and a host of other proven and up-and-coming sprinters this time.

The pair first met in the last edition of the Cup in 2019 when Grand Cross had just come over from Singapore after notching four wins at Kranji. On that occasion, Volcanic General completed a hattrick in the Cup — the first ever horse to do so — while Grand Cross finished fourth.

Grand Cross, meanwhile, has gone on to pick up 10 wins and is now the highest rated horse in the country with a rating of 132. Volcanic General is rated 128.

All major races in Malaysia were not staged in 2020 and 2021 due to the Covid-19 pandemic restrictions. The Tunku Gold Cup is the first leg of the Selangor Turf Club Triple Crown series, which also consist of the Selangor Gold Cup and the Piala Emas Sultan Selangor. 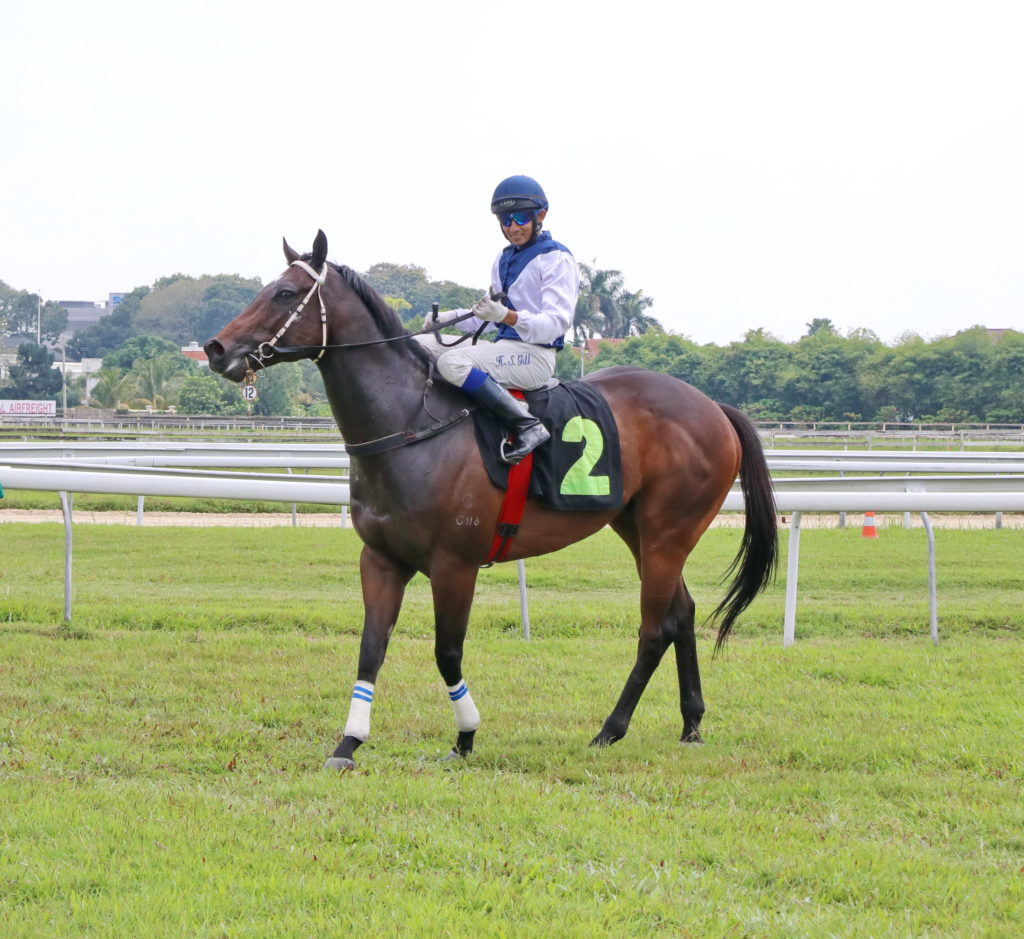 With five wins and four placings in his last ten starts, Grand Cross deservingly takes pride of place in Cup which will be the major race to be held in Malaysia for more than two years.

Despite his record of 16 wins in the MRA circuit, the Kevin Coetzee-trainer Grand Cross has not won a Cup race.

After his creditable fourth in the Tunku Gold Cup in 2019, the gelding fared badly in the Perak Gold Vase and Penang Sprint Trophy later that year.

But the son of Fastnet Rock has been a model of consistency in the last two years with no opportunity to pick up a big race win. The nine-year-old is in the prime of his career despite his age. Just two weeks ago, he made light of 60.5kg on his back to lead all the way over 1200m on a soft track in Ipoh. 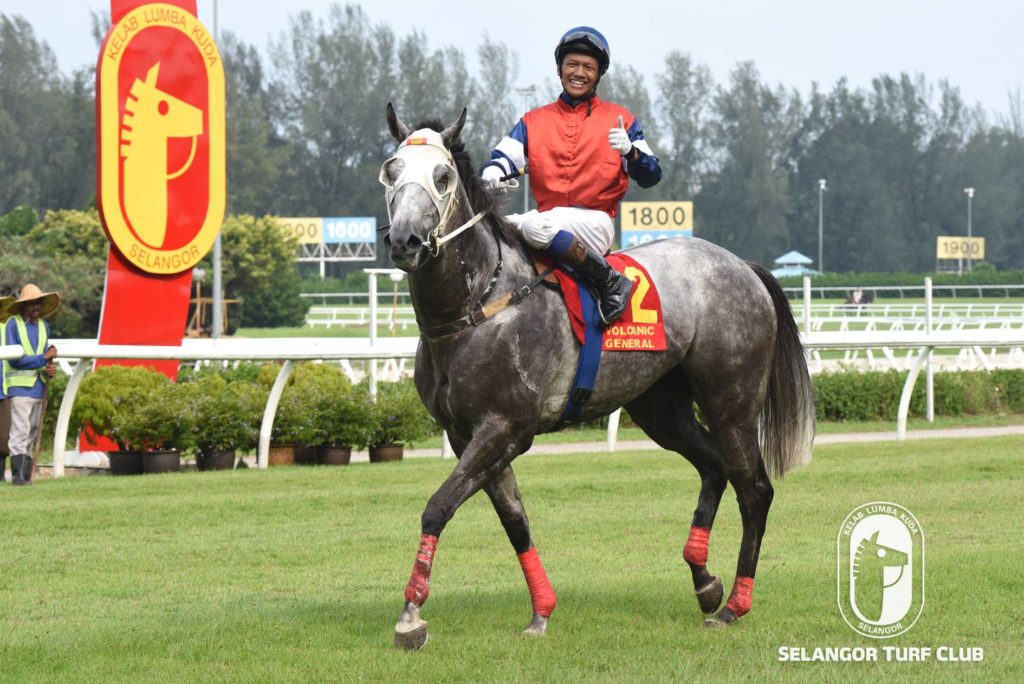 Volcanic General is undoubtedly the star of the local turf in the past few years. Winner of five races in Australia, the gelding took local racing by storm by winning the Tunku Gold Cup in 2017 in his Malaysian debut.

Now 10 years old, Volcanic General has not raced since last November, so a question mark hangs over his readiness for such a big test. Still, there can be no doubt about his class, as he had bagged a winning double last October. 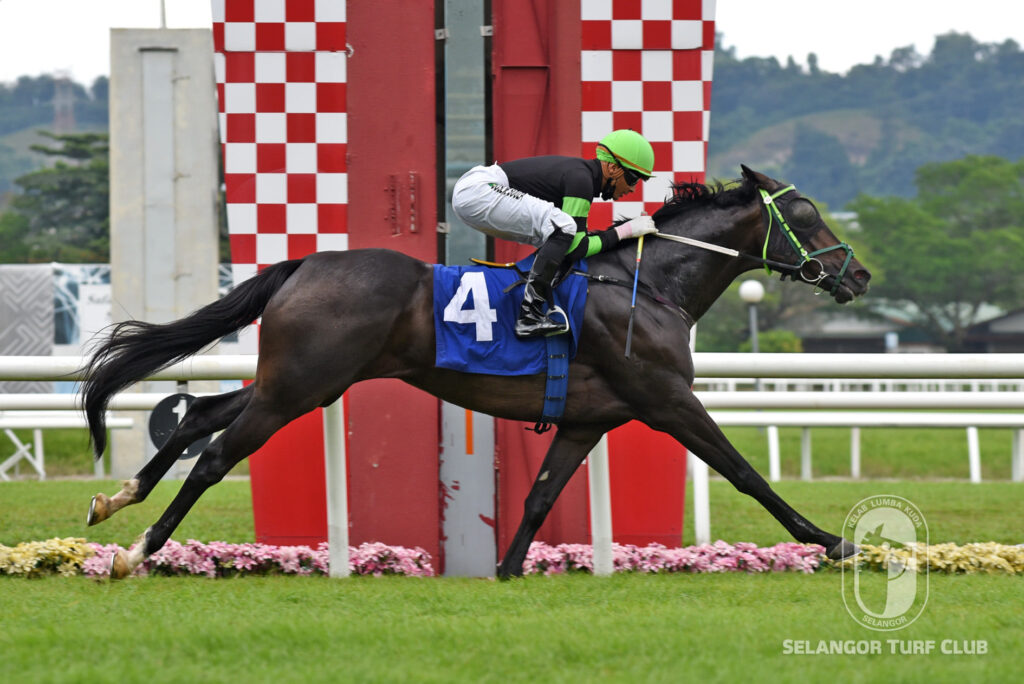 With five wins from five starts, Awesome Storm will be strive to maintain his unbeaten Malaysian record and upstage the established stars in his first big test since his arrival in the country.

The Phenomenons gelding, trained by Simon Dunderdale, won a minor race in five runs in Australia but has been nothing but sensational with runaway win after runaway win. His smallest winning margin was three and a quarter lengths! At four, he will be the youngest runner in the capacity 14-horse field. 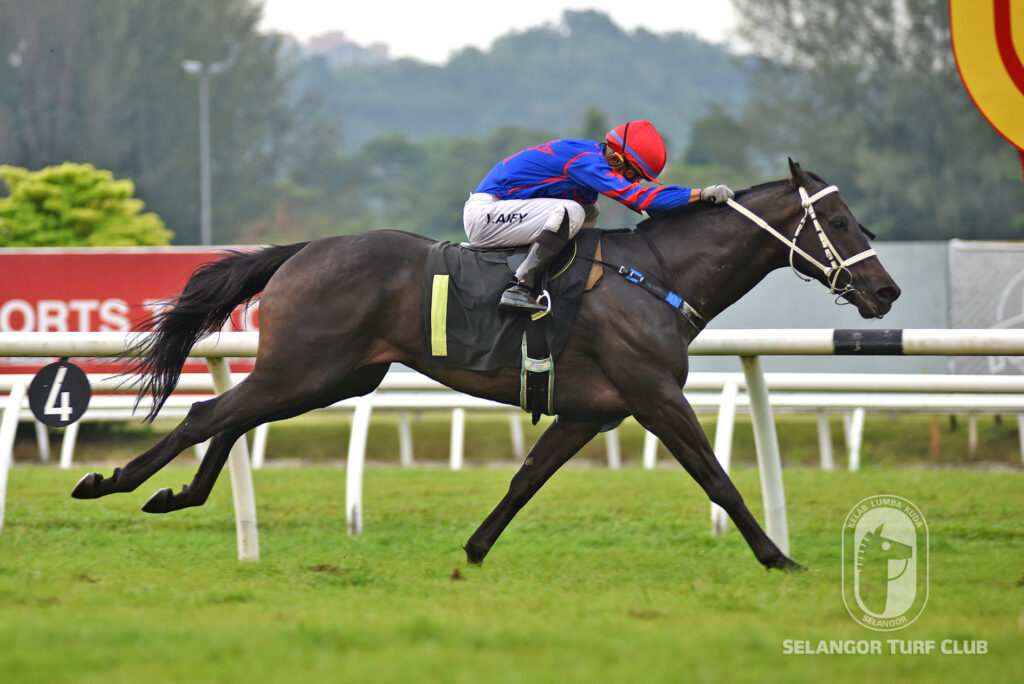 Lonely Boy, prepared by Mohamed Sukri, has galloped right into the Cup picture with an awesome win here last Saturday when he defied 60.5kg on his back to win the Combined Classes 2 & 3 contest over 1200m.

It was his fourth win in five starts this season, putting him as a serious challenger to Grand Cross and Volcanic General.

Winner of one race in England, the English gelding has won six races for Sukri who described him as one of the best he has trained.

This year’s Tunku Gold Cup is set to be one of the most exciting for many years, with several other genuine prospects making the line-up.

The Lim Boon Thing-trained Violet, third highest rated at 114, has won 12 of his 27 starts since arriving in Malaysia as an unraced import. The Australian gelding won back-to-back races at the tailend of last season, beating War Dragon and Moongate Light into second place respectively.

War Dragon, trained by Lawson Moy, has a proven record of six wins in 19 starts and was third to Volcanic General in the Tunku Gold Cup in 2019. Moongate Light, from the stable of trainer Richard Lines, won his last start back in January, his sixth success in 25 runs. Both are in the Cup line-up.

Lim also has the very exciting prospect White Hoof Bird who has won seven times in 10 runs. The Australian gelding was unbeaten in his first five outings in Malaysia and has regained his best form at the right moment, winning his last two starts, beating Excelling both times. Excelling, trained by Lines, is a winner of five races in Singapore and has been placed in all his four runs in Malaysia to date. He gets a shot at the Cup as well.

Not to be ignored is Distinctive Darci, winner of nine races in Singapore including the Group 2 Merlion Trophy in 2018. Now trained by Lines, he has won twice since coming over to Malaysia, beating Grand Cross in his last start just last month.

The three emergency acceptors in this Cup are exciting prospects and could spring a surprise if any of them get to run.

Chinese Tea has won four of his eight starts and is a last-start winner in Class 3.

Kruger, winless in Singapore, has won six times in his last eight outings in Malaysia and is also on a hattrick. 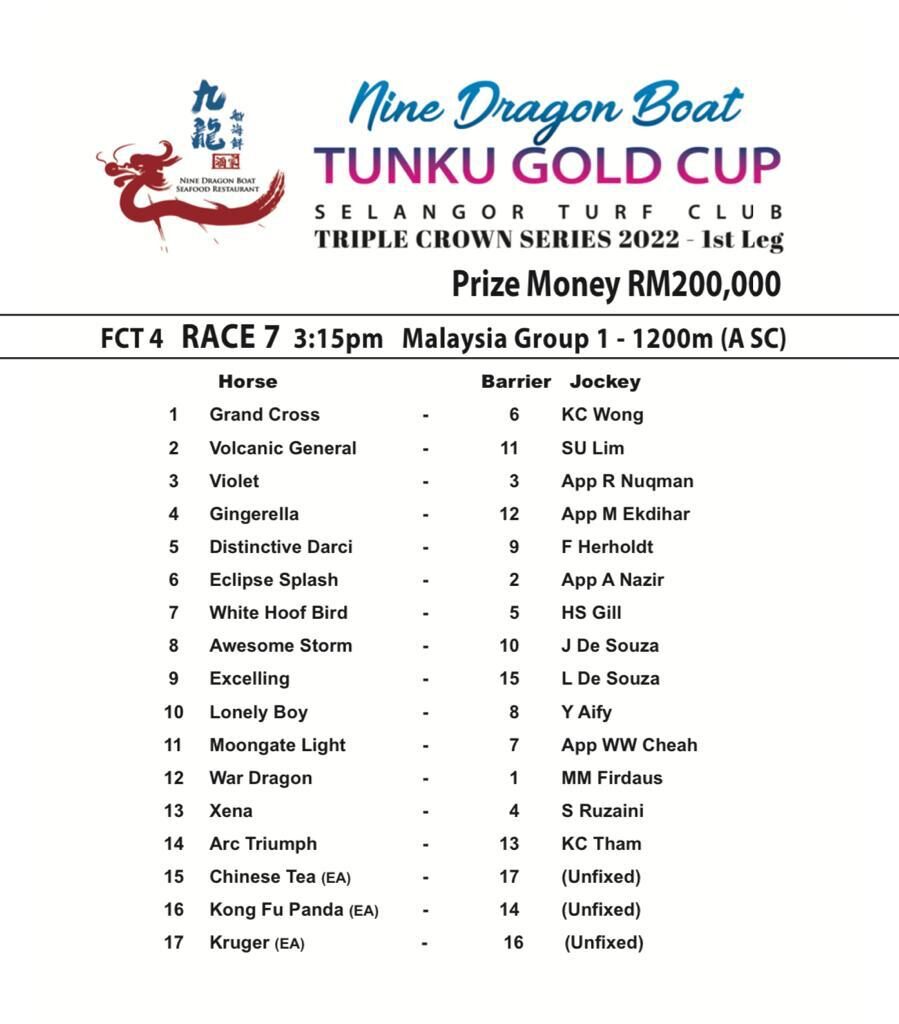