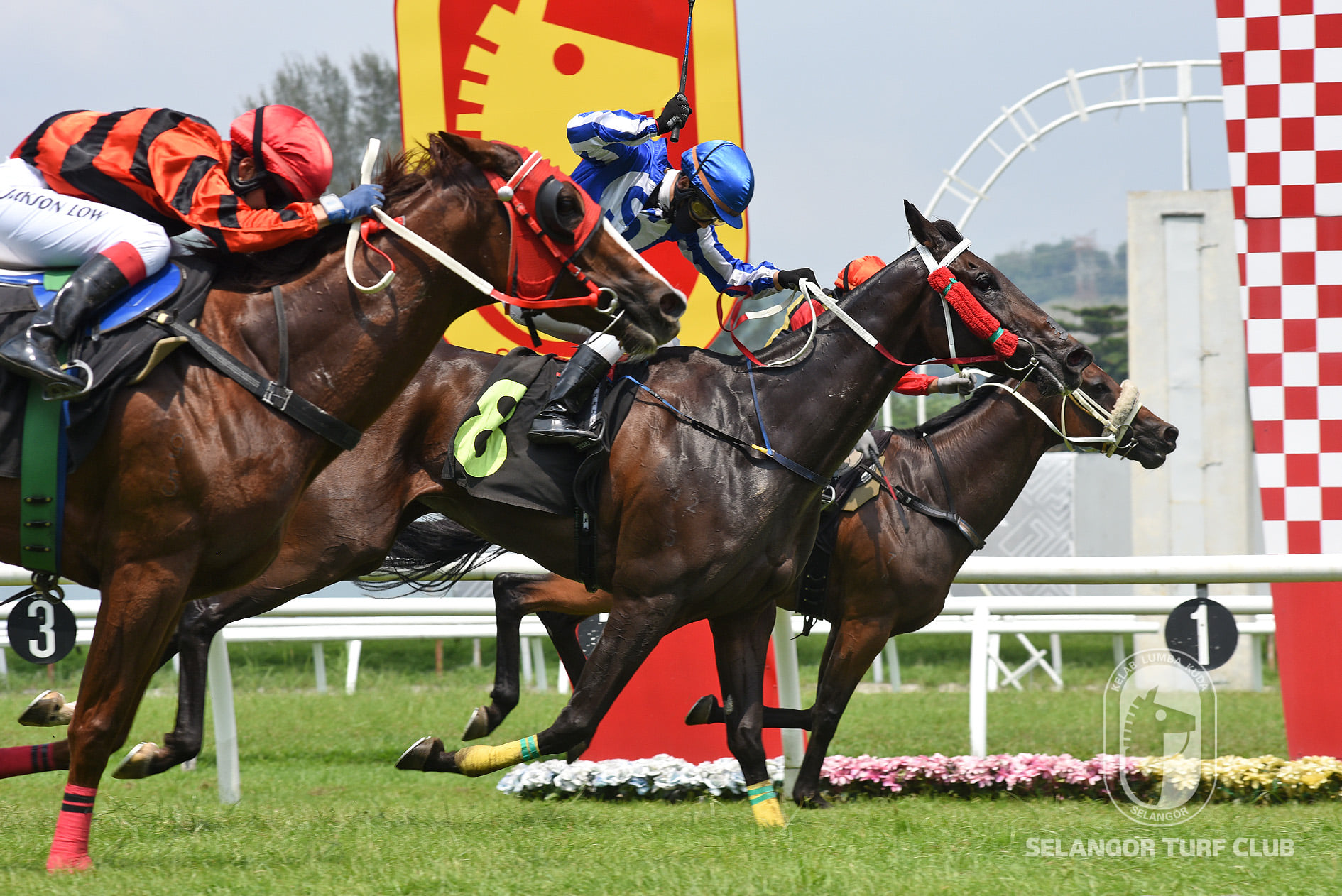 AHTIMS KLIS (no 8) seems unstoppable in the new season. The Australian mare completed a hattrick with a fighting win in the Metro A set-weight event over 1600m at Sungei Besi here today.

Trained by Lim Hoon Seng, she started 2022 with an easy win at her home base in Penang by easily taking out a Banded 51-74 event over 1400m in January.

AHTIMS KLIS then took it up a notch when pitted against some established gallopers like RELAU STAR and LAUS DEO in a an Enrich Stakes A event, also over 1400m, in Ipoh last month.

The six-year-old again prevailed, but only after battling it out with D’GREAT LIGHT, winning by a head.

Today’s contest over 1600m was another stern test for the mare who came to Malaysia after winning two of three starts as a four-year-old in Australia, having not raced at two and three.

Again, AHTIMS KLIS showed his fighting quality to win in a three-way photo against six-time winners SKYDANCE ECLIPSE and the odds-on favourite STREETS OF FIRE, who had two recent wins.

AHTIMS KLIS, ridden by Lim Aun Kean, won by a short head for her fourth win in nine starts.  She was known as STRIP IT DOWN when she won once in three starts for trainer Frank Maynard before being sold, renamed and transferred to Lim.

“I was riding the horse for the first time, so I rode her to instructions, that is to jump well and take up a handy position. She is only a small horse but with a big heart,” said jockey Lim.