Trainer Charles Leck took the second spot with 26 points. He saddled three winners, in Race 10 on Saturday with William King (the race was not included in the Challenge) and on Sunday with High Council to win the Sungei Besi Autoworld Cup and with Superstradom to win the Japan Racing Association Trophy in Race 10 on Sunday.

Trainer Richard Lines secured the third placing in the Challenge with a total points of 22. He saddled Winged Foot to win the Mauritius Turf Club Trophy in Race 3 and Myo to win the Korea Racing Authority Trophy in Race 8 on Sunday.
Trainer KP Hoy also had a double with First Passthepost winning the Melbourne Racing Club Trophy in Race 9 on Saturday and on Sunday with Moment Of Justice to capture the Singapore Pools Trophy in Race 5. He had 18 points placed on the fourth spot in the Challenge.
Trainer Johnny Lim saddled a double with Lim’s Greetings in the last race on Saturday and took the opening event on Sunday with Lucky Master.
Kevin Coetzee also managed to saddle a double in Race 2 with Classic King and in Race 7 with Sing Express to win the The Royal Bangkok Sports Club Trophy on Saturday.
Trainer AB Abdullah’s double were on Sunday in Race 4 with Ebraz to win the Macau Jockey Club Goodwill Trophy and in the Race 11 with Showar.
Trainers with a single winner were S. Shanmugam in Race 1 with Rewarding Smile, WC Lim, Spade Of Ace in Race 4, Evert van Breuklen in Race 8 with Master Jiangmen to win Magic Millions Gold Coast 2YO Sale Trophy on Saturday.
Shane Ellis saddled Affleck to win the Singapore Turf Club Trophy in Race 6 and Trainer Frank Maynard’s single winner was with D’Great Timing capturing the 3rd leg of the ever popular Triple Crown Series – Piala Emas Sultan Selangor in Race 9. 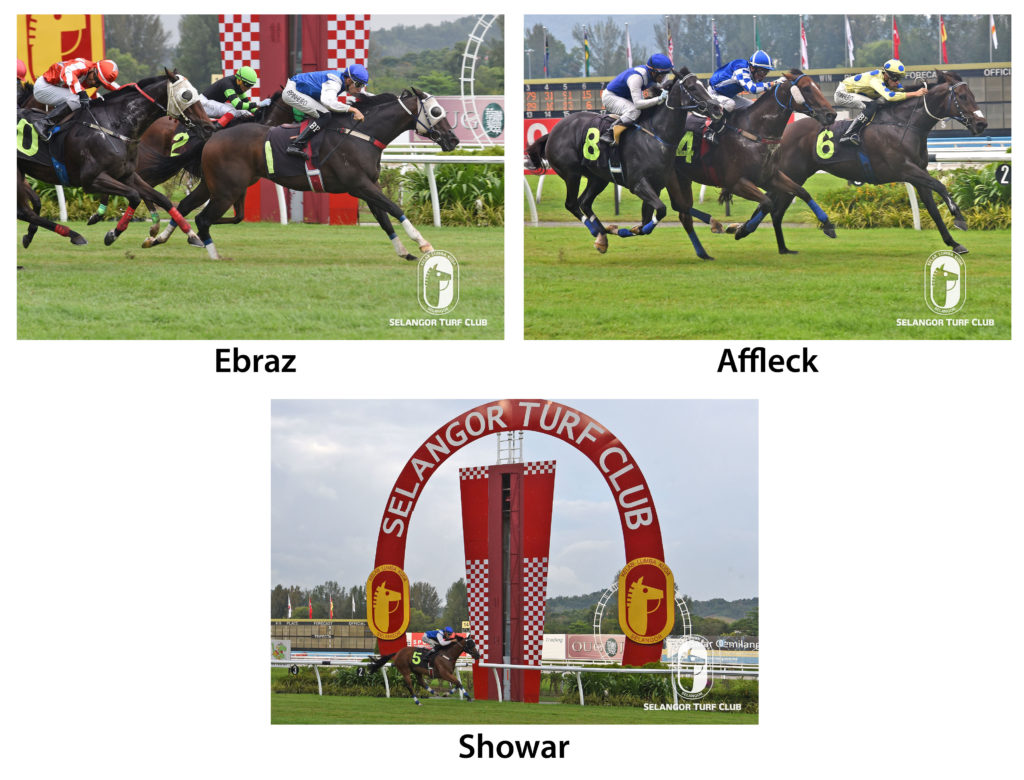 His closest rival was Brazilian Jockey Bernando Pinheiro who drew blank on Saturday. However, he managed to ride a treble by winning the Macau Jockey Club Goodwill Cup with Ebraz in Race 4 and Singapore Turf Club Trophy in Race 6 with Affleck and Showar in Race 11.

Jockey HS Gill took the third spot with a single winner on Saturday with Sing Express to capture The Royal Bangkok Sports Club Trophy in Race 7 with a total points of 25. Jockey S Ruzaini rode a double in Race 10 with William King on Sunday and earlier with Winged Foot winning the Mauritius Turf Club Trophy in Race 3. 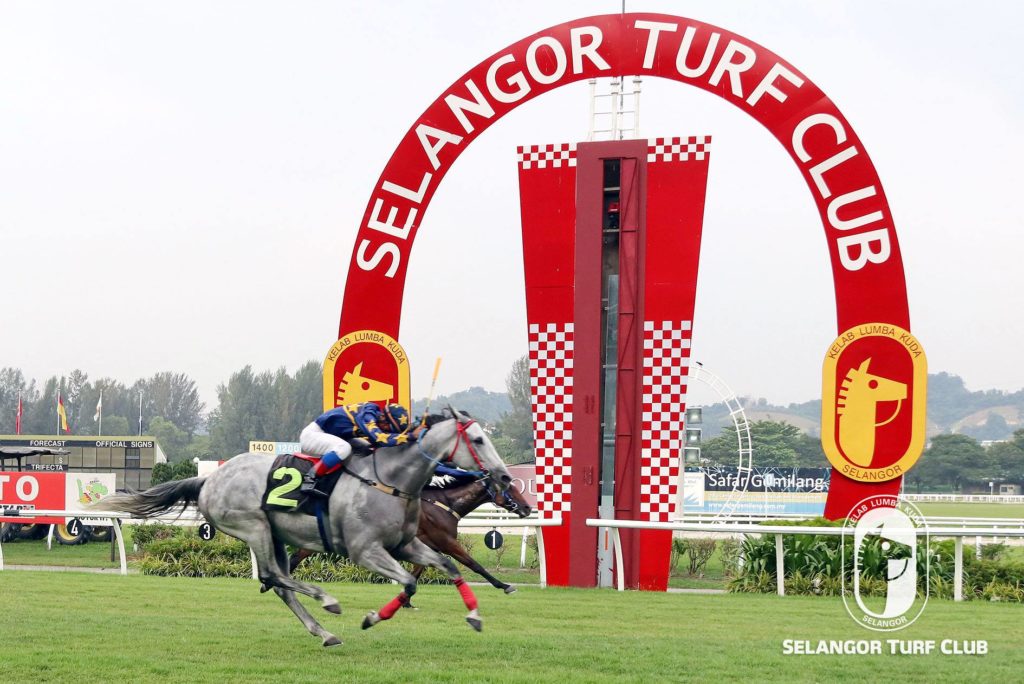 Apprentice R. Nuqman scored his first career winner on Lim’s Greetings for his employing trainer BT Lim on Saturday in Race 11 and went on to make it a double when he won the opening event on Sunday with Lucky Master. The future looks bright for the young lad.
Jockey KC Wong rode a double in Race 6 on Buenos Aires on Saturday and on Sunday with D’Great Win in the last event. AK Lim’s double was on Saturday with First Passthepost in Race 9 and on Moment of Justice in Race 5 on Sunday.
Jockeys with a single winners on Saturday were S. Muniandy in Race 1 with Rewarding Smile, Apprentice S. Rosmizan with Classic King in Race 2 and Jockey Jose De Souza rode Unsurpassed to win in Race 3. 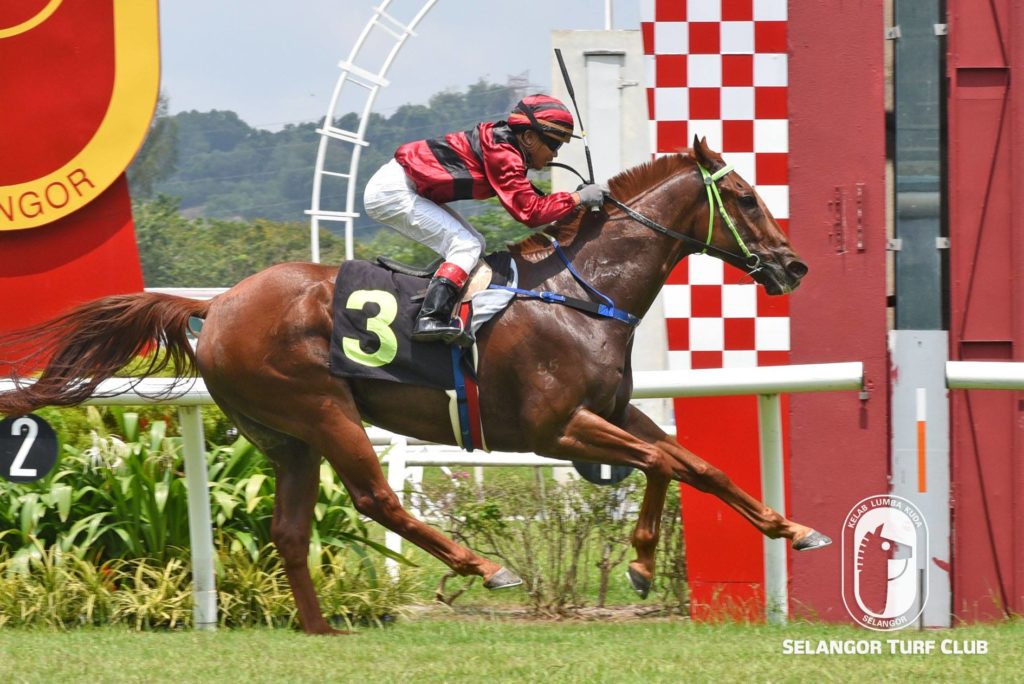 Apprentice M. Lukman also had a taste of first success when he rode Spade Of Ace to win in Race 4 for his employing Trainer Wayne Lim.
Apprentice A. Suriya on High Council won Race 7 on Sunday followed by Apprentice WW Cheah rode Myo in Race 8.