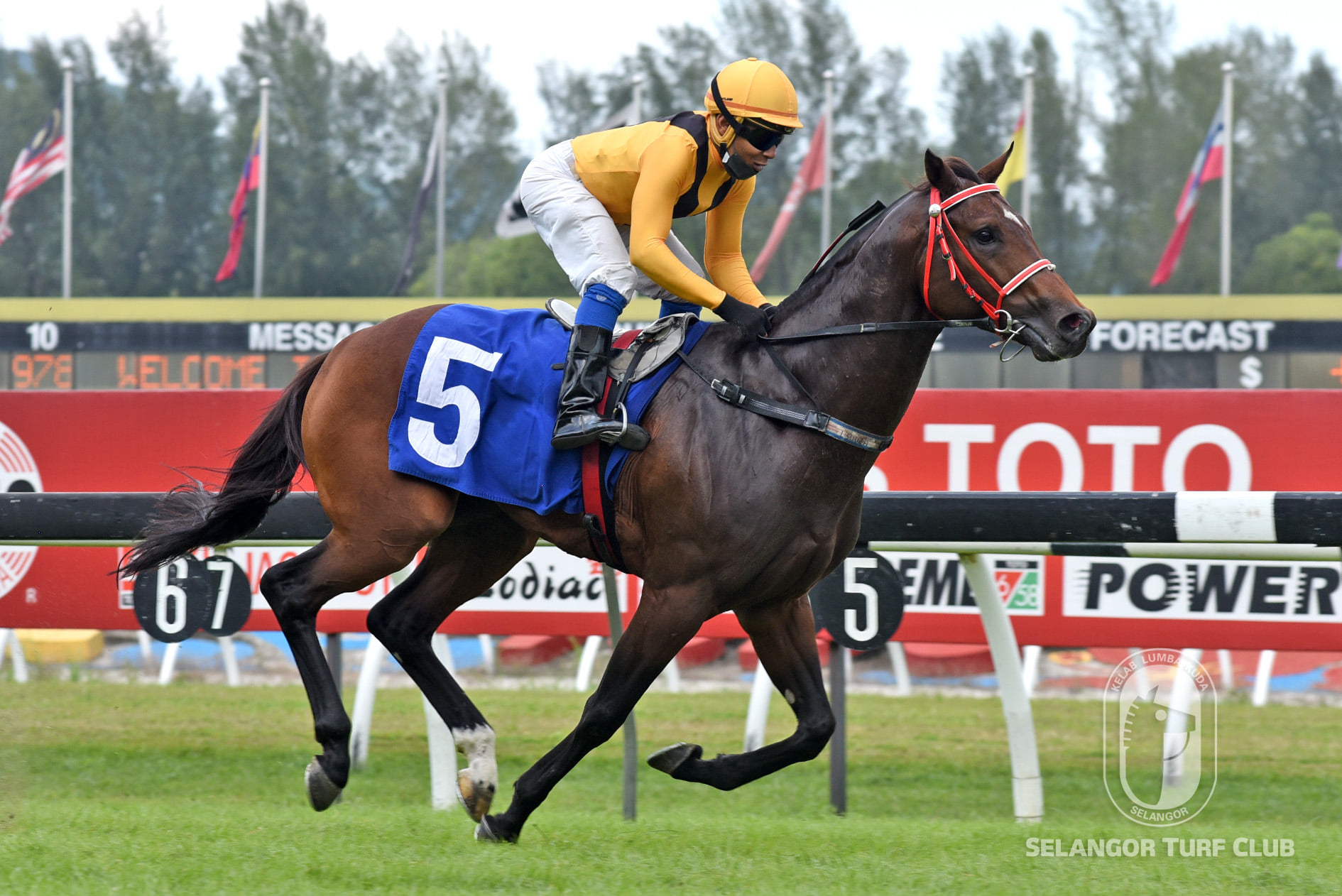 Progressive galloper FLYING DURUMI should be rewarded for his consistent form as he searches for a winning return in the 1200m Open Novice at Kuala Lumpur on Sunday.

FLYING DURUMI has proven to be a handy money spinner for connections since winning over 1200m on debut here back in January.

The four-year-old has not disgraced in three starts since, finishing runner-up behind some handy types.

FLYING DURUMI will be freshened following his luckless effort here a month ago when taken in over the concluding stages of the 1250m contest and was unlucky not to win. The American bred performer is a proven weight carrier and appears hard to beat with 58kg.