Apprentice Cheah Wei Wen had his biggest day at the races when he booted home three winners at Sungei Besi this afternoon.
All his three winners READY TO SEVEN LUCK, TIGRESS and MOONGATE LIGHT were trained by his master, Richard Lines. 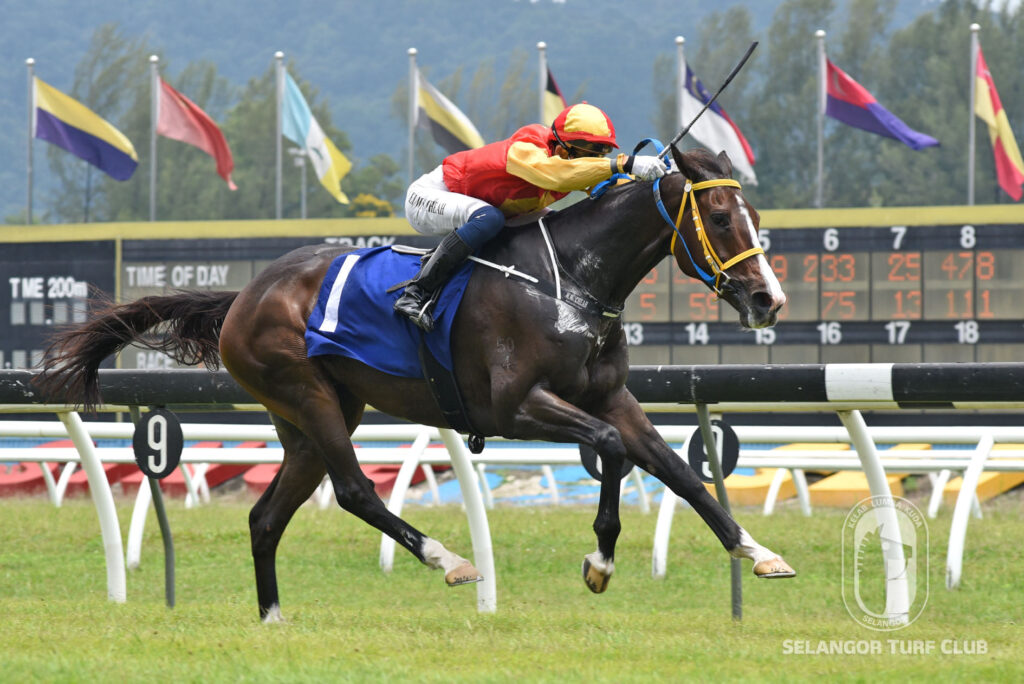 READY TO SEVEN LUCK Race video crossed over from Singapore with a record of one win and five placings at Kranji. The Alamosa gelding was placed four times in his first seven starts in Malaysia before making the breakthrough today, leading all the way to win by 2 1/2 lengths in the opening event. 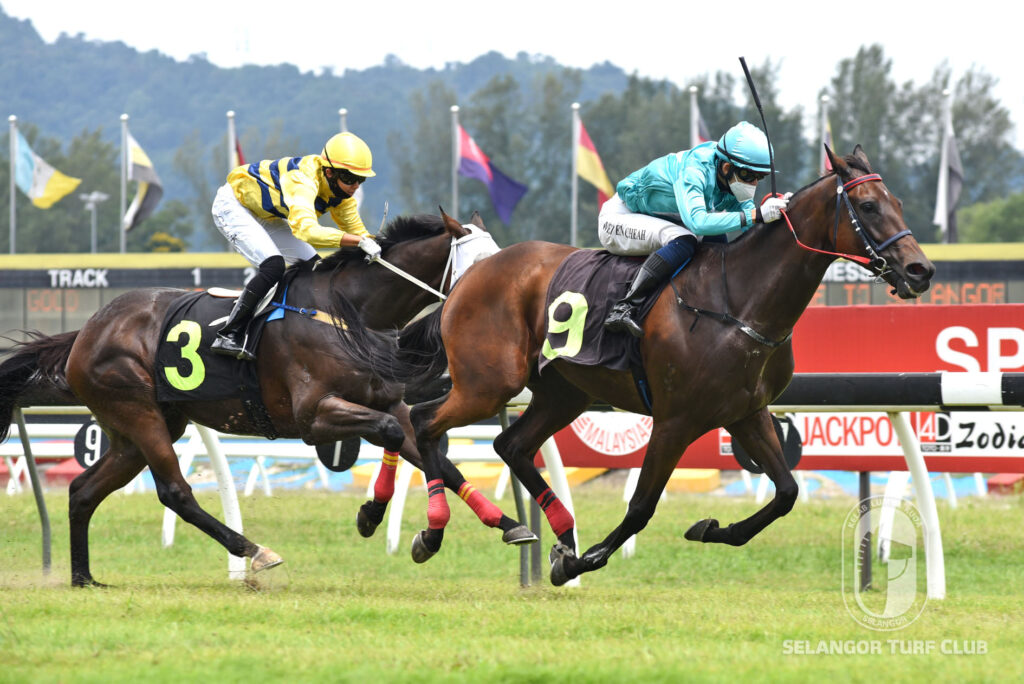 TIGRESS Race video is another former Singapore galloper who had a win and four placings in 19 runs at Kranji before joining Lines early this year.She finished third in her Malaysian debut just last week after settling in midfield. She jumped out in front and was the early leader before easing back to second, then challenge for the lead again passing the 200m.
There was high hopes for the mare as her owner had paid A$130,000 for the daughter of Uncle Mo at the Gold Coast 2YOs in Training Sale. 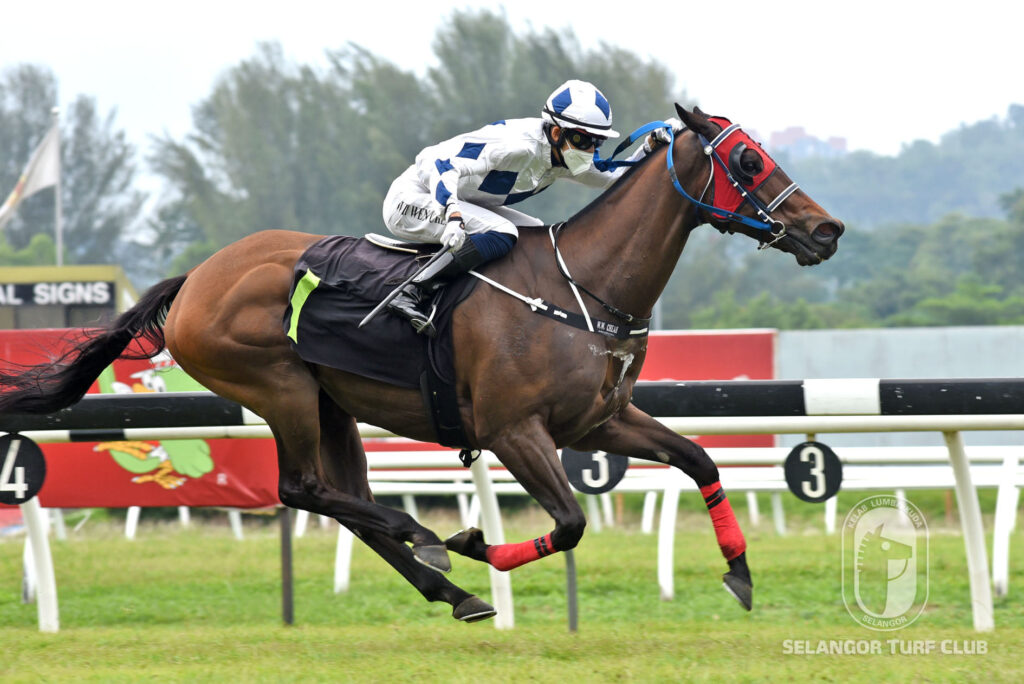 MOONGATE LIGHT Race Video, winner of three races in 20 runs at Kranji, created a mild upset when he romped home by 3 3/4 lengths in the Class 3 – 1300m handicap in his local debut.
The son of Bachelor Duke was lightly raced in New Zealand with two placings from five starts at three and four before landing in Singapore where he also contested the EW Barker Trophy in the past two years.Trainer Lines himself had a superb afternoon after saddling two more winners, STRAP MARKS  Race video and HARVEYWALLBANGER Race video, both ridden by Khaw Choon Kit. 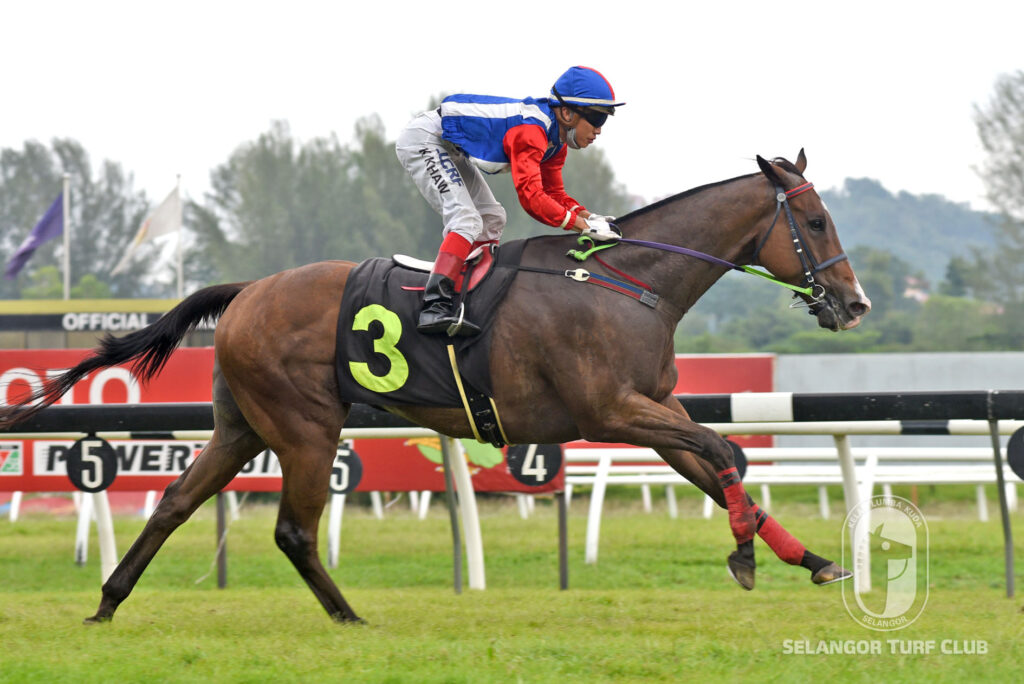 STRAP MARKS had a promising start to his career in Singapore where he won twice in his initial five starts in 2019. But after finished last in two runs last year, he was dispatched to Lines and had an unplaced run last April before the enforced break in racing. 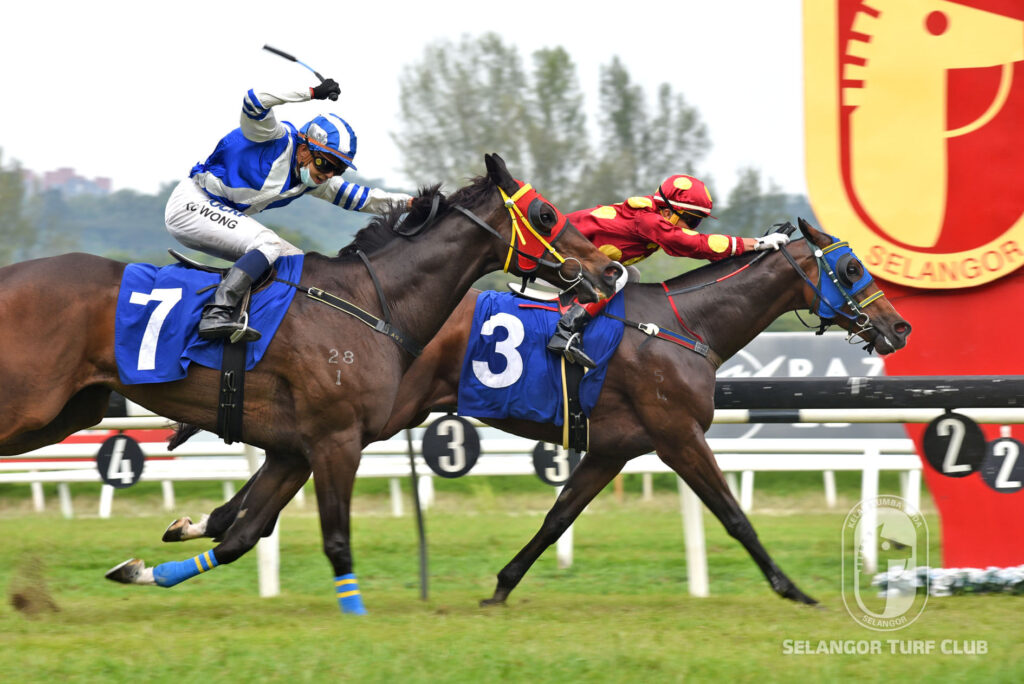 HARVEYWALLBANGER (no. 3) has now scored five times, including one in Singapore. Khaw had scored twice on the Casino Prince gelding previously while still an apprentice before he was promoted to senior jockey this year.