Newly-licensed Tan Eng Peow, 43, made a winning start as a trainer when his first runner LOOKS GOOD ran out a handsome winner in the Wishes Come True Stakes (Class 5 – 1250m) at Sungei Besi here today.

Just dropped a class after being unplaced in his four starts, LOOKS GOOD, ridden by Nuqman Faris bin Rozi, settled fourth on the fence behind outsider MONDAY who set the pace. 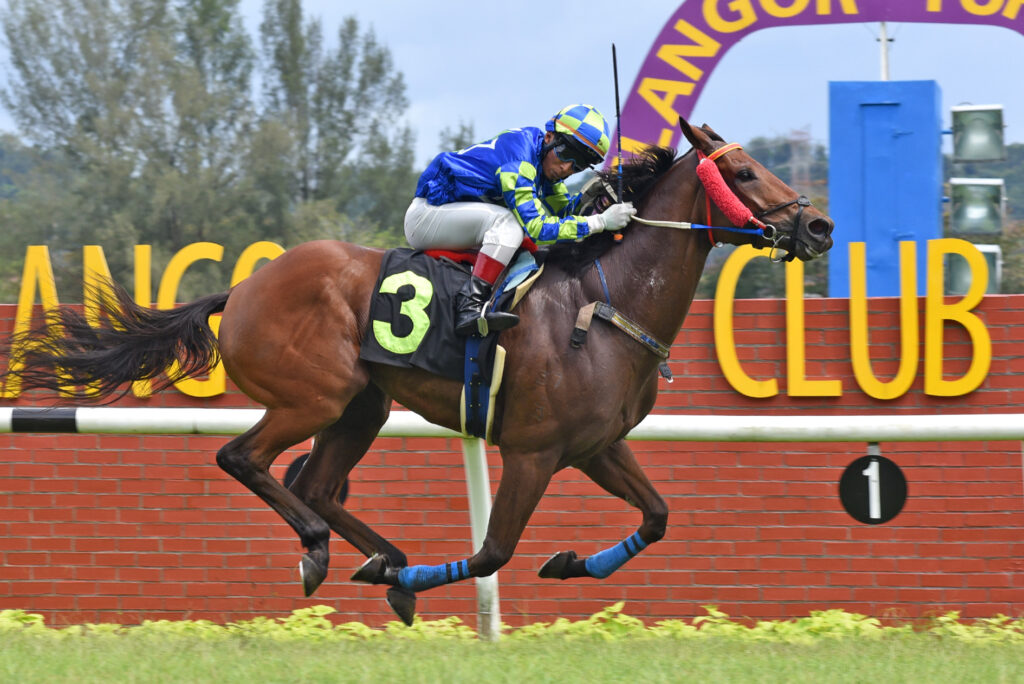 LOOKS GOOD was closing the gap on the leader on the inside of horses passing the 400m when his path was closed by LIM’S UNIQUE who made a swift move at this stage.

Nuqman then had to ease and switch out for a run. When he eventually got clear, LOOKS GOOD immediately opened up nicely and swept past the LIM’S UNIQUE and MONDAY to win by two lengths.

The veteran Australian galloper won two races in Singapore and had picked up one win each for trainer Lawson Moy and Malcolm Thwaites before his recent transfer to Tan, who was a former assistant to Thwaites before bring granted stables by the Selangor Turf Club.

“I am happy to start a new chapter in my career this way,” said Tan who started out as a syce in 2007 and worked his way up to stable supervisor, then assistant trainer under various trainers in that time.

“I was confident LOOKS GOOD would win because he has just been dropped a class.”