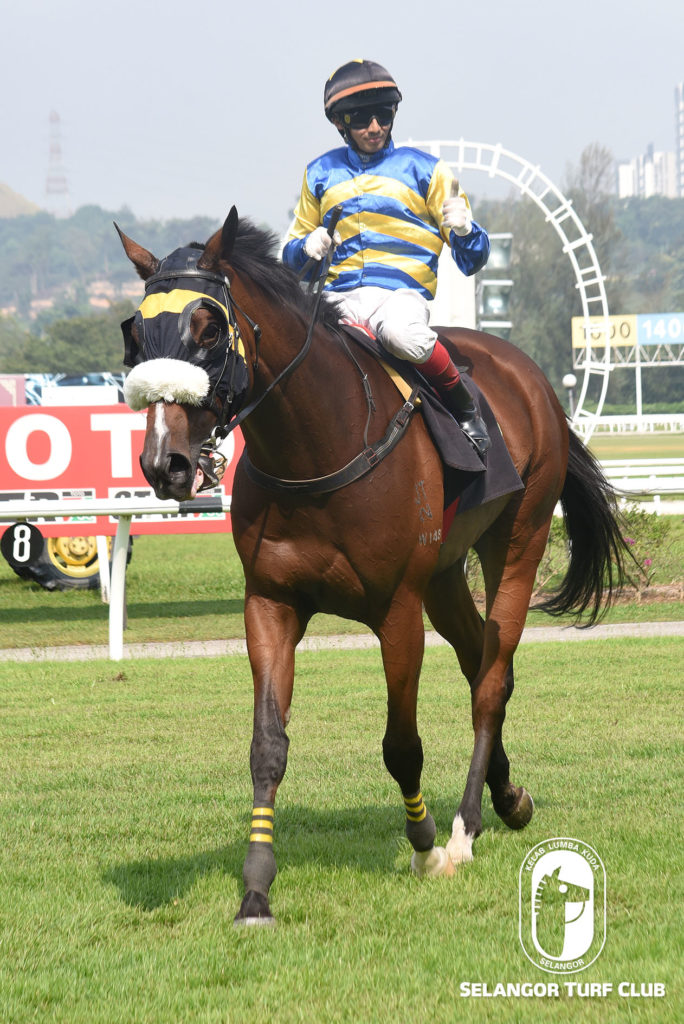 HS Gill clinched for the first time the Malaysia Jockeys’ Premiership title with 64 winners as the 2019 racing season came to a close last week.

Gill started his career as an Apprentice under Trainer BT Lim in 2002.
In 2007 he managed to get his first winner on board Royal General trained by his master.
The 34-year-old lad who hails from Ipoh captured the Malaysia Apprentice Championship title in 2008 and 2009.
He has won the Penang Gold Cup twice, first victory was on board Monsili trained by Shane Edwards in 2013 and his second winner was astride Davinci trained by Kevin Coetzee 2018 .
Gill also won the Perak Derby with BT Lim trained Generous Tycoon in 2010 and captured the Coronation Cup with Fox Command also trained by BT Lim in 2011.