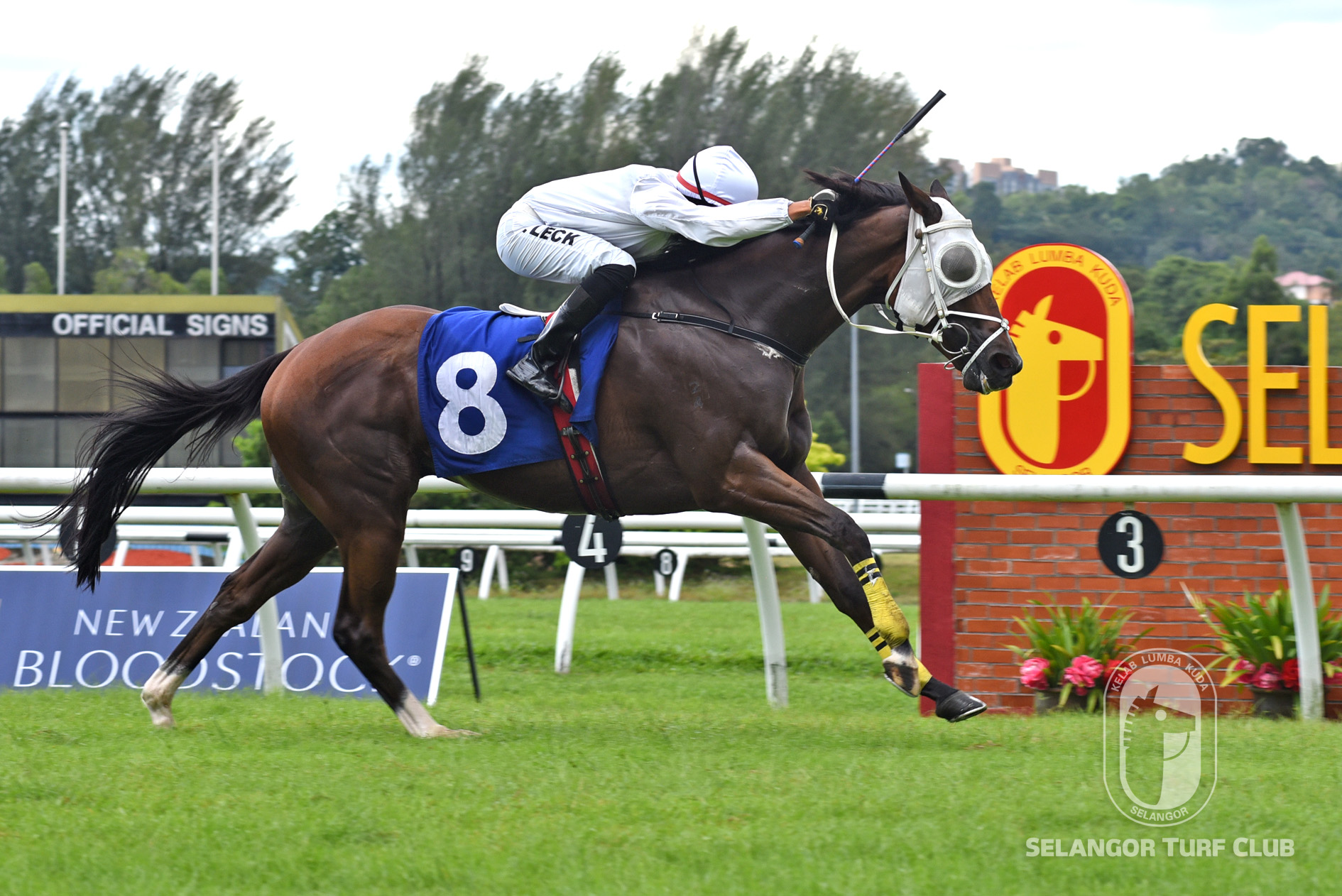 Ultra consistent galloper, GRAND CHOICE looks set to atone for his recent defeat when he steps out in the 1075m Class 3 contest at Kuala Lumpur on Saturday.

GRAND CHOICE, from the inform Charles Leck stable, is arguably in career best form recording three wins and three placings from nine starts this season. The eight year old scored twice in succession prior to his run at Ipoh a month ago when he led and was eventually overhauled to finish 3rd over 1400m.

GRAND CHOICE is a fast beginner who looks perfectly suited on the tighter Track Two circuit and should prove hard to beat over the shorter journey.