Trainer SY Lim’s Atlantic Arrow stands a very good chance to greet the judges in the Class 4 (A) event over 1300m in Race 8.
The six-year-old by Medaglia D’Oro finished a game second to Triple One Star over 1700m on 13 December 2020.
Jockey J Daniel takes the ride on Atlantic Arrow and should make amends to win this time out. 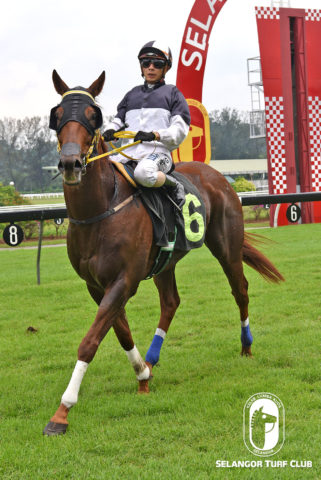 Trainer AB Abdullah’s Ground Attack looks formidable to win in the Class 4 (A) event over 1300m in Race 7 at the Selangor Turf Club.
The six-year-old by Wanted last outing flew home at the closing stages of the race to finish a very close second to Walking Thunder over 1200m at this course.
Apprentice A Zaimuddin has been nominated to ride Ground Attack and the pair should present a bold performance to win this time out.