AWESOME STORMING TO ANOTHER WIN 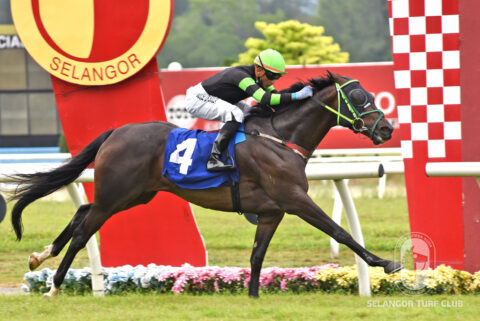 Talented performer AWESOME STORM appears on track to maintain his unbeaten local record in the 1250m Supreme A event at Kuala Lumpur.

AWESOME STORM has risen through the grades with consummate ease since making his local debut on September 25 last year.

The four-year-old has dominated by leading throughout in his three Malaysian outings with an accumulative winning margin of 16 lengths.

AWESOME STORM has found his niche in the Simon Dunderdale camp and has been freshened since scoring against his own age group in Penang on November 21.

The ex-Australian galloper meets a stronger line up this time but indicates he has the ability  to measure up against the more seasoned campaigners.