Trainer Richard Lines continued his quest of winners when saddled a treble at the One Day Special Race Meeting at Selangor Turf Club last Saturday. 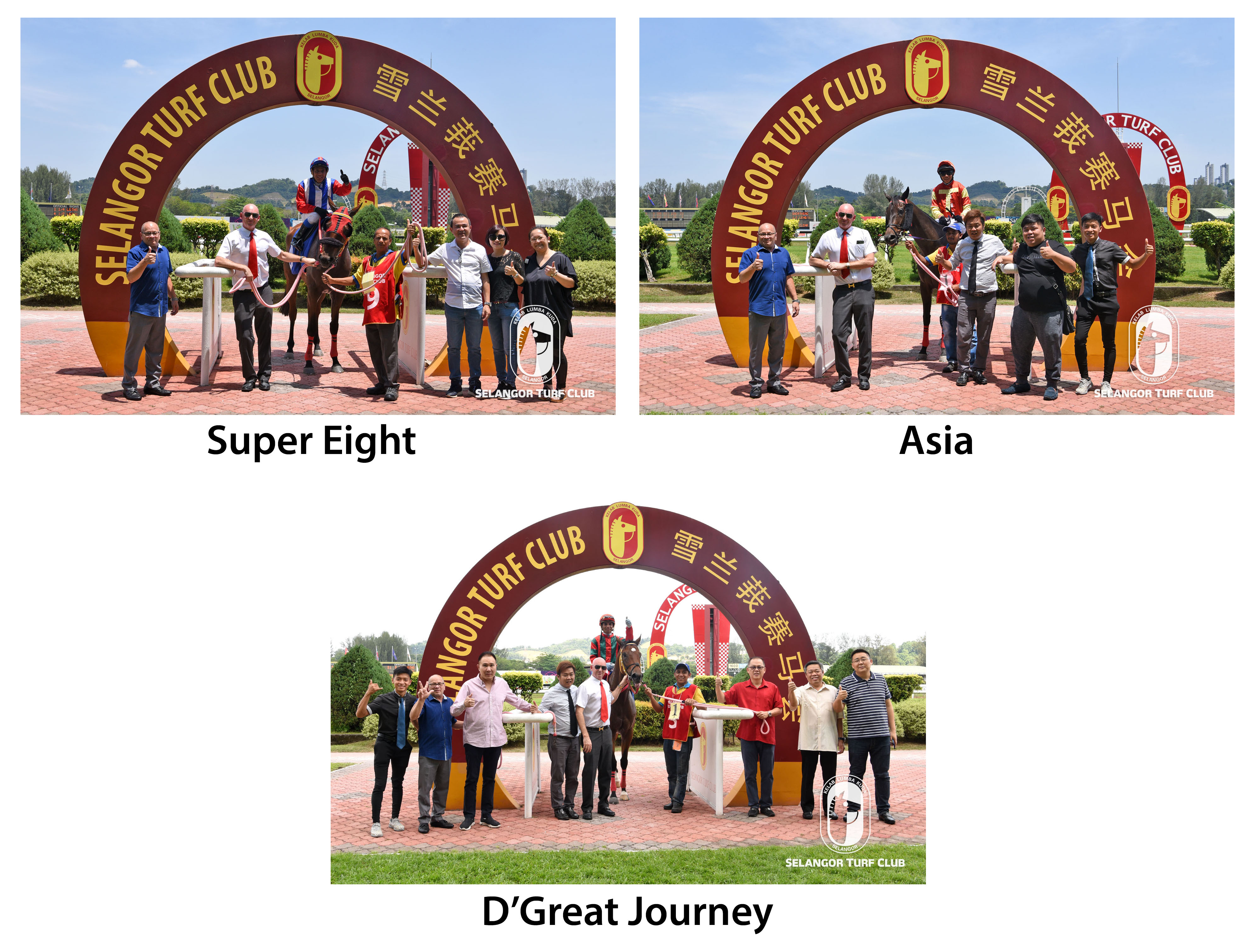 Lines first win was in the opening event with Super Eight and went on to record his second win with Asia in Race 2 and got his third in Race 3 with D’Great Journey from the card of nine races.

while Sukri saddled Fardus to win in Race 7 and Sahm in the following race.
Trainers with a single winner were Malcolm Thwaites saddled Super Winner in Race 6 and Lawson Moy saddled Baadshah to win in Race 9.
Jockeys Jose De Souza, R Rueven and Y Aify rode a double each respectively from the card of nine races.

Jockey R Rueven’s two winners were for trainer Frank Maynard, in Race 4 on board Dazzling Speed and astride Sacred Surfer in Race 5.

Jockey Y Aify’s double were from the yard of trainer Mohd Sukri, in Race 7 with Fardus and in the following event with Sahm.
Jockeys with a single win were Apprentice L De Souza (Super Eight, Race 1), HK Cheng (Asia, Race 2) and Apprentice S.Uzair (Baadshah, Race 9).