The heat is on to secure 3YO Final berths 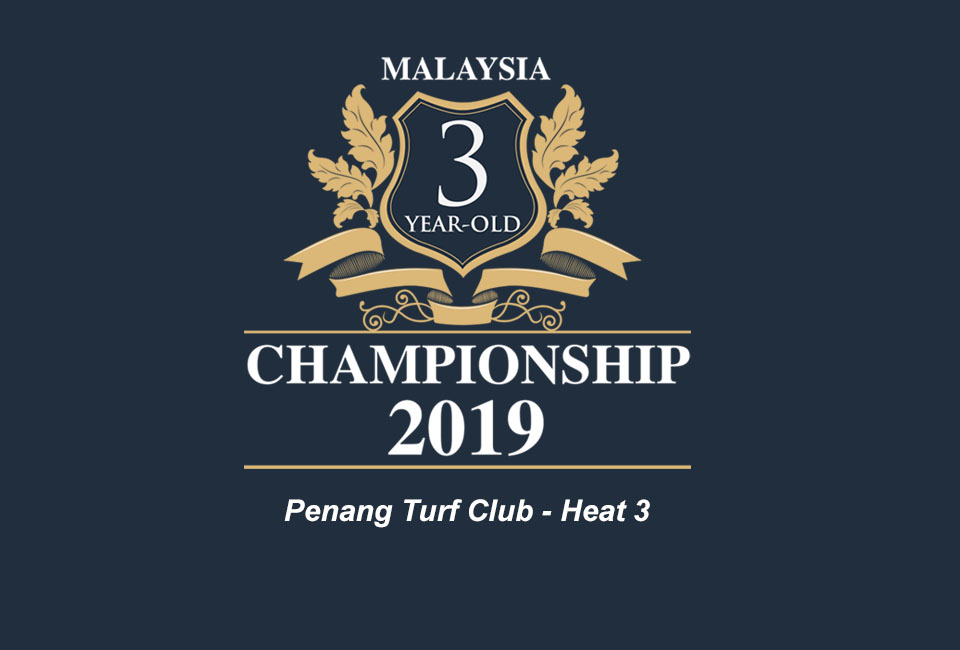 The final heat of the 2019 Malaysia 3YO Championship here this Sunday will see five last-start winners trying to confirm a place in the Final to be run in three weeks’ time, with a few others thrown into the mix.

But the two past winners with the most recent form are Rakama and Selangor Star.

Rakama (Domesday – Senora Vega by Rock Of Gibraltar) finished third in her debut last month and followed it up two weeks later to score in Restricted Maiden company in 25 May.

Rakama is a half-sister to D’Great Rich, with already six wins to his name, and Full Bet (four wins) and so has proven pedigree on her side.

Selangor Star (Niagara Causeway – Juncture by El Prado) showed promise from the very beginning, finishing third in his debut, ran second in his next start before winning easily last March.

In the second heat of the championship on 19 May, the American gelding finished second to Forsa Eclipse and although a long way from the winner, he did easily beat King’s Order (third), Broke In London (fourth) and Team Winner (fifth) who are all in the race again this Sunday.

Team Winner (Husson – Romona Miss by Reset) won his second start in between two third-placed finishes. His success, however, was noteworthy as it was achieved in a weight-for-age Novice race against older horses last October.

The gelding was then given a let-up and ran third on resuming before finishing down the field in the first heat won by Titanium Life in Ipoh on 21 April. That will definitely take the rough edges off him.

The other two candidates with previous success are Unchained Melody and Kante.

Unchained Melody (Street Boss – Cellist by Stark South) finished on board in two runs in Restricted Maiden before winning easily in a Class 5 – 1300m event on 24 March.

The New Zealand filly finished down the field in the first heat but has bounced back with a second-place finish in a Class 4 event on 5 May.

Kante (Postponed – Strengthened by Woodman) won his debut last December, beating Forsa Eclipse into second place but will have to prove his fitness since he has not raced again since.

A runner who could be in the mix is King’s Order (Niconoise – Miss Bombay by Danewin) who finished third in both the first and second heat.

Others to watch are Fantastic Eclipse, Unshadowed General and Broke In London.