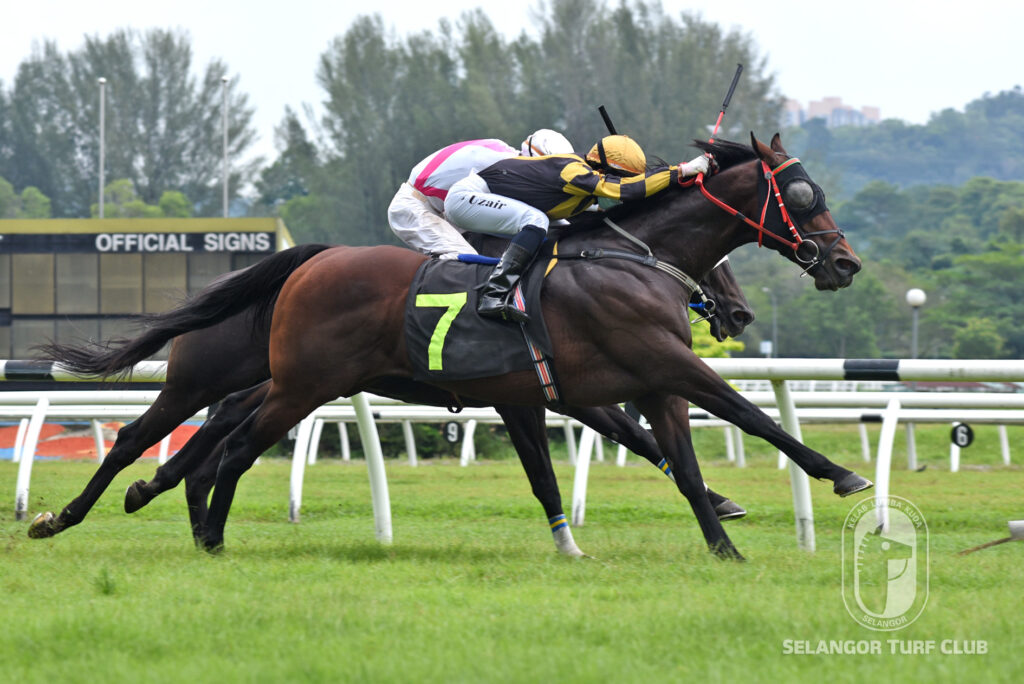 After being out of action for some ten months, CHEVAL RAPIDE staged a winning comeback with a first-up win in the Class 3 – 1100m handicap at Sungei Besi here today.

Winner of two races in Ireland, the son of Exceed And Excel won six races in Singapore including a hattrick in 2020.

After a run of ‘outs’ in the second half of last year, the eight-year-old was sent up north to trainer Simon Dunderdale.

His Malaysian debut was delayed for several months as he recovered from a suspensory injury.

CHEVAL RAPIDE finally made it to the racetrack this afternoon and despite his long absence on the racetrack, he was sent out odds-on favourite probably on the back of a good winning trial last month.

CHEVAL RAPIDE was the first to break but apprentice Uzair Sharudin allowed others to lead, easing him to settle just off the pace on the rails.

FINAL TOUCH, who disputed the lead with NOVA VOCAL after settling down, made a breakaway at the top of the straight. Just then CHEVAL RAPIDE, who had moved up to third sport rounding the bend, eased out from the rails and went after the leader.

FINAL TOUCH was always nicely clear in front in the home stretch and looked to be winner at the 200m. It took quite a while for CHEVAL RAPIDE to really get into strides but eventually managed to get up in the last few strides to win by a neck.

“Very happy with his win as a lot of work went into getting him to the races,” said Dunderdale.

“Uzair rode him well and everything went to plan. Hopefully CHEVAL RAPIDE can continue to race well for the owners.”